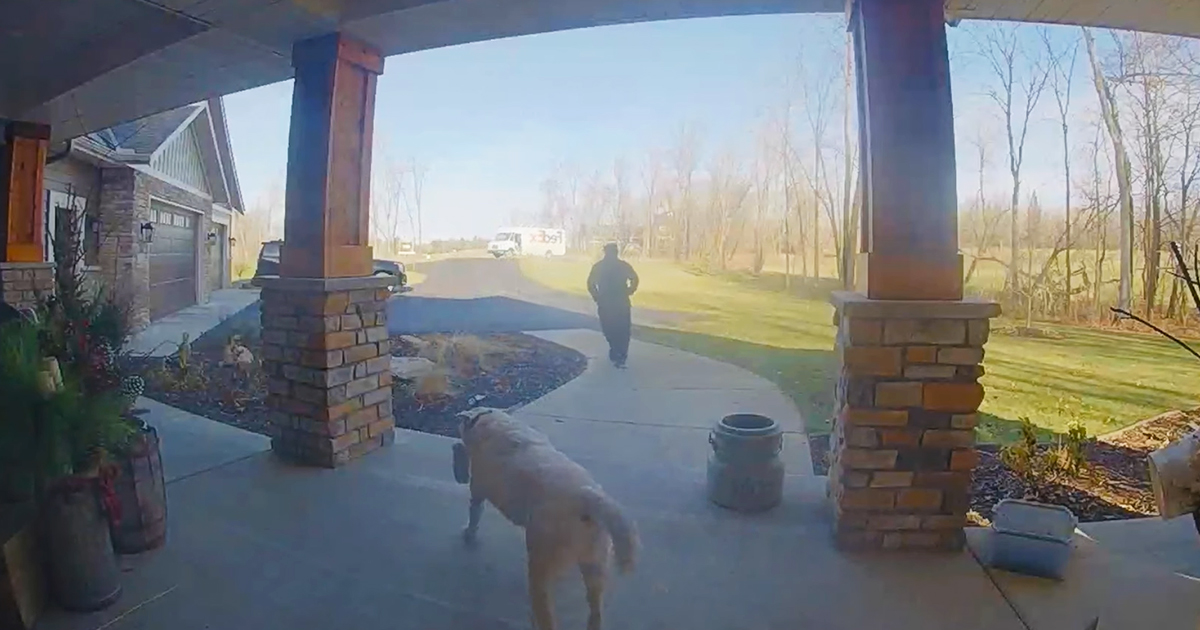 Labrador Retrievers are known to be one of the friendliest and most playful breeds of dogs. So much so that this excited Lab decided to help out the delivery driver by returning the package he had just dropped off.

When Nixon’s owner, Megan Sand, received a Christmas delivery, Nixon thought the driver wanted to play a game of fetch. He enthusiastically picked up the package and chased the driver to return it.

Megan posted the video caught by her Nest security system on her Facebook. All the regular delivery drivers know her pup, Nixon, and some even bring him treats.

Megan shared, “Nixon will run and hop into their truck, walk in the back with them, then follow them to our front door and then back to their truck.”

It’s no wonder that Nixon was ready to have a good time with this driver. In Megan’s video, the driver gives the Lab some affectionate scratches and gently places the package.

Nixon sees the box and happily chases after the driver to return the “toy.” Once the dog catches up with the driver, he lets out a big laugh, surprised to see the Lab.

Even though Nixon didn’t need to return the package, he is still a good boy. His playful actions helped to spread a bit of heart-warming holiday joy. 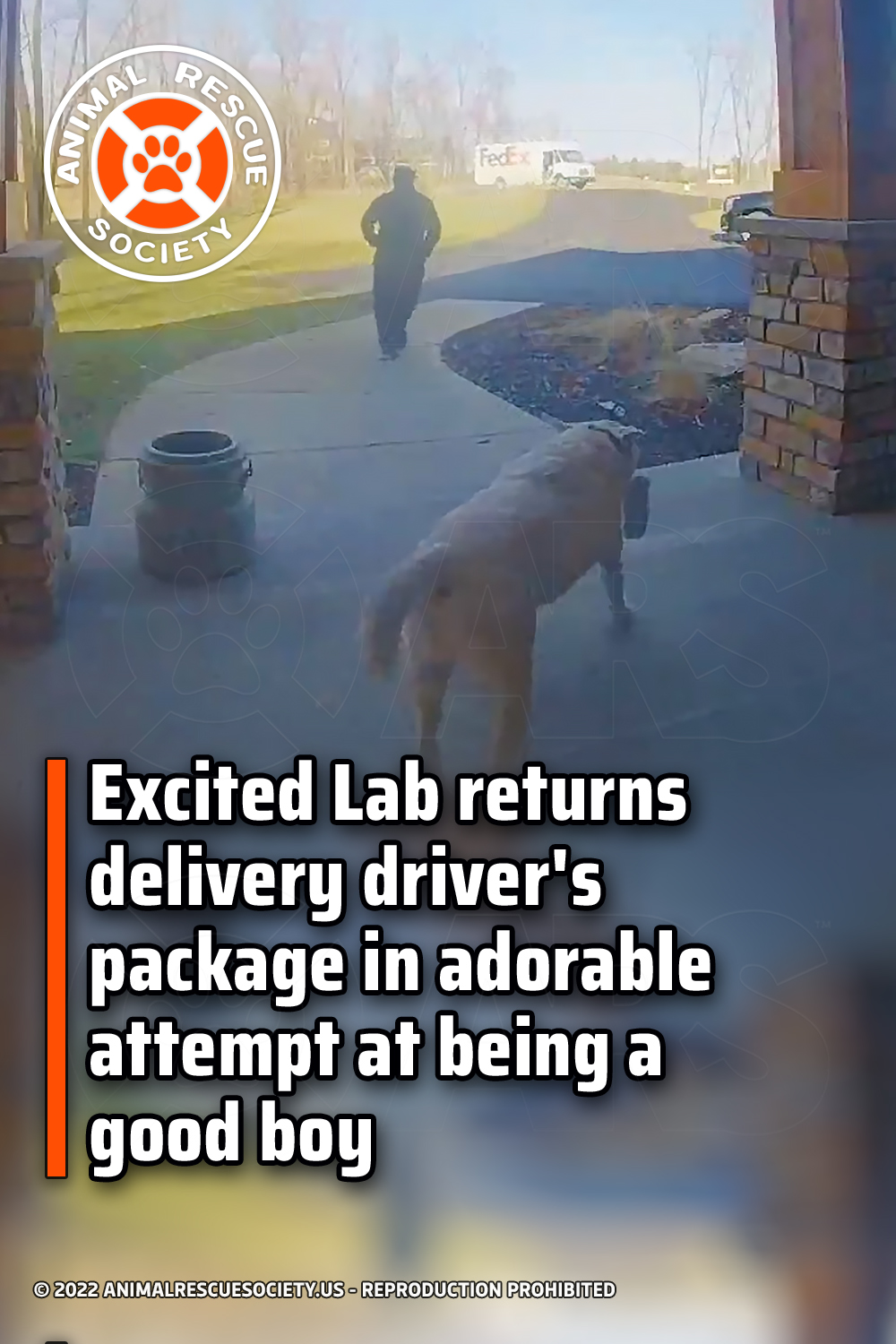