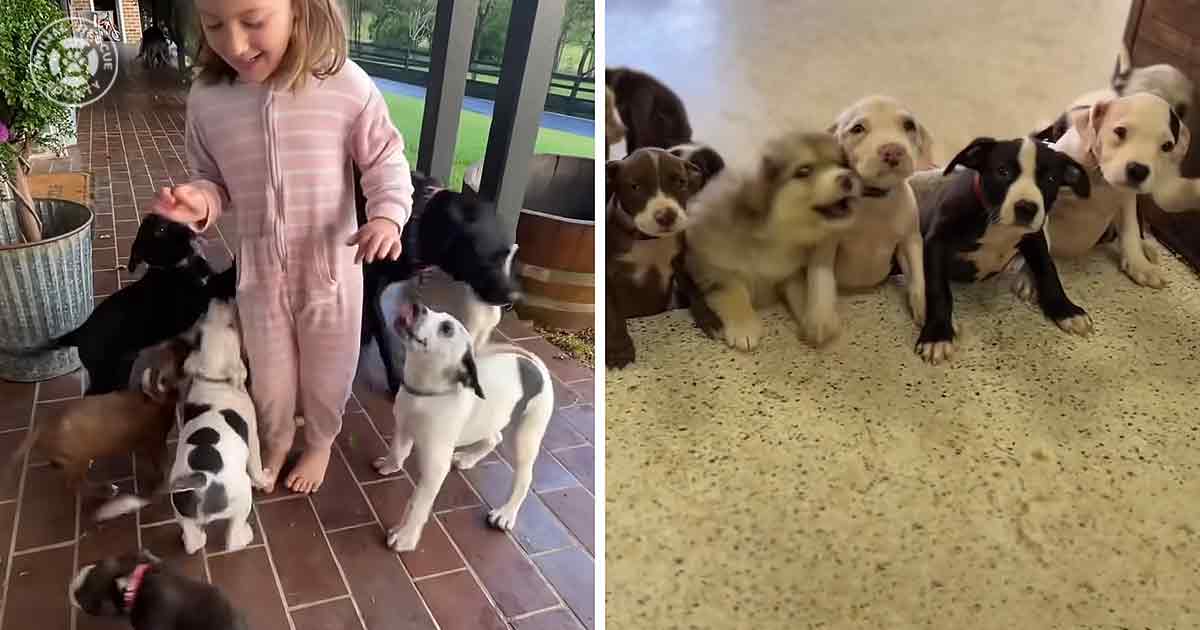 If there is such a thing as an afterlife, let’s hope it looks like Doggy Daycare Farm. Golden light spread across the lush forest, and a rainbow arched across the sky. But the best part of this idyllic paradise was the puppies.

At Doggy Daycare Farm, puppies were everywhere, and every single one of them was adorable enough to turn around even the worst kind of day. The little pups followed after their handler, yipping and whining and running around.

As the golden hour of twilight approaches, the whole family got involved, playing with the puppies. One woman even had her toes licked by a pack of playful little ones.

With so many little dogs swarming around, there was almost nowhere safe to step. The ground became a sea of wagging tails. But the family still seemed to be having fun. After all, how could you not enjoy yourself?

The people were not the only ones being “attacked” by the puppies. The grown-up dogs had quite a handful as well. One German Shepherd had eight puppies playing with them at once at one point, but the dog remained calm and gentle with the little ones.

When the big dogs were ready for a break from the pups, the family threw balls and frisbees for them. A few of the pups watched the bigger dogs run to catch the toys, but like the energetic little ones they were, they lost interest eventually, returning to their human family.

While there is no such thing as too many puppies for a real dog lover, this amount does come close. But at least at the Doggy Daycare Farm, there was never a dull moment. 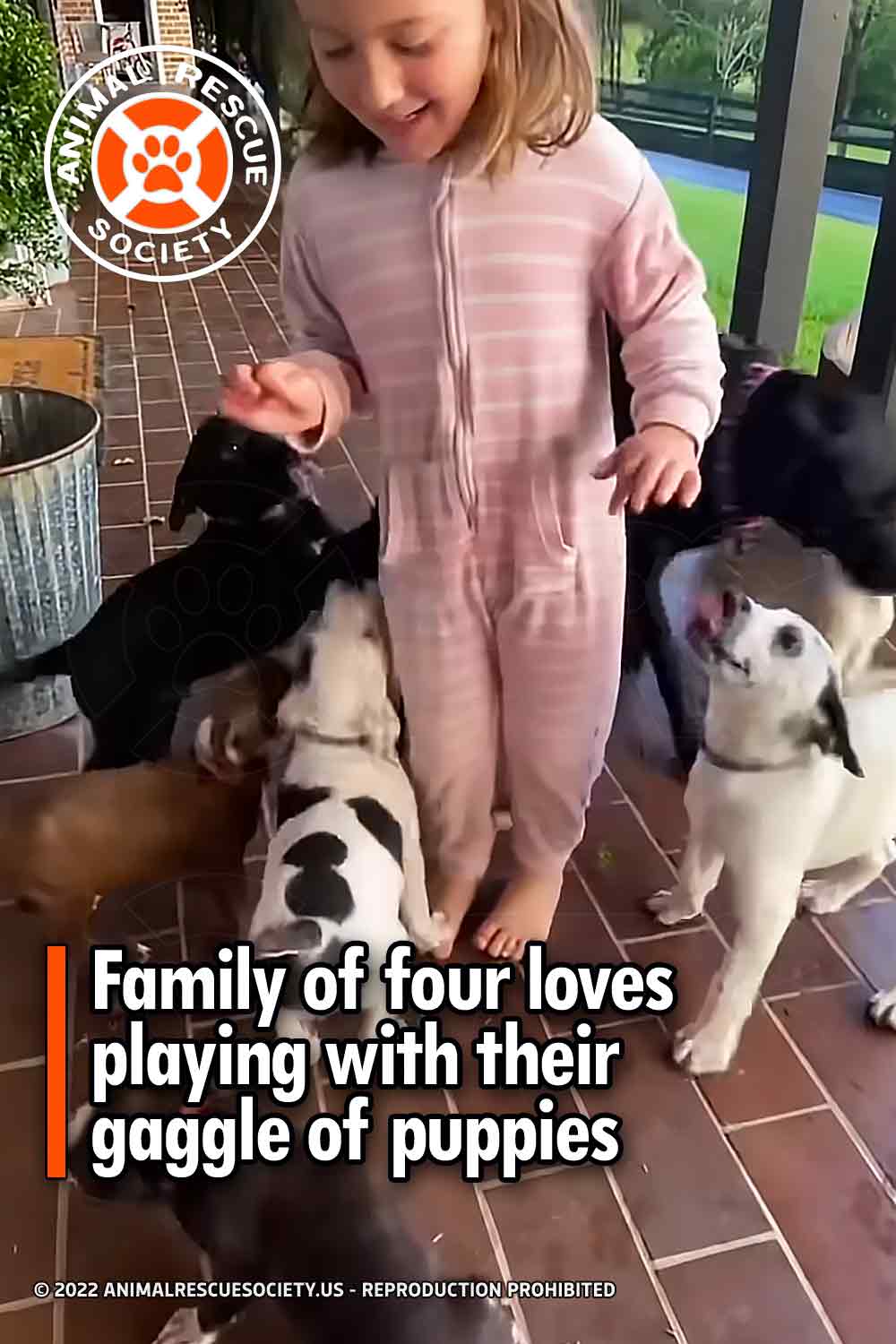