Most people feel like they’ve got a full house once they own a pet. While some folks occasionally might have a few critters in their home, one family gives everyone a run for their money.

The lovable humans own five precious pups, but they are also the adoptive parents of a massive pig named Chowder. The canines and pig get along swell, even if it did take Chowder a bit of patience and warming up.

Now, the lovable porker couldn’t have more fun with his brothers and sisters. He’s somehow taught himself to photobomb just about every photo the dogs are in. It’s hilariously adorable, and all of the animals are having a great time.

The group of unlikely pals loves to run around the yard together, play with toys, and enjoy a tasty treat. Who can blame them? Chowder and his five friendly canine companions are any pet owners’ dreams. 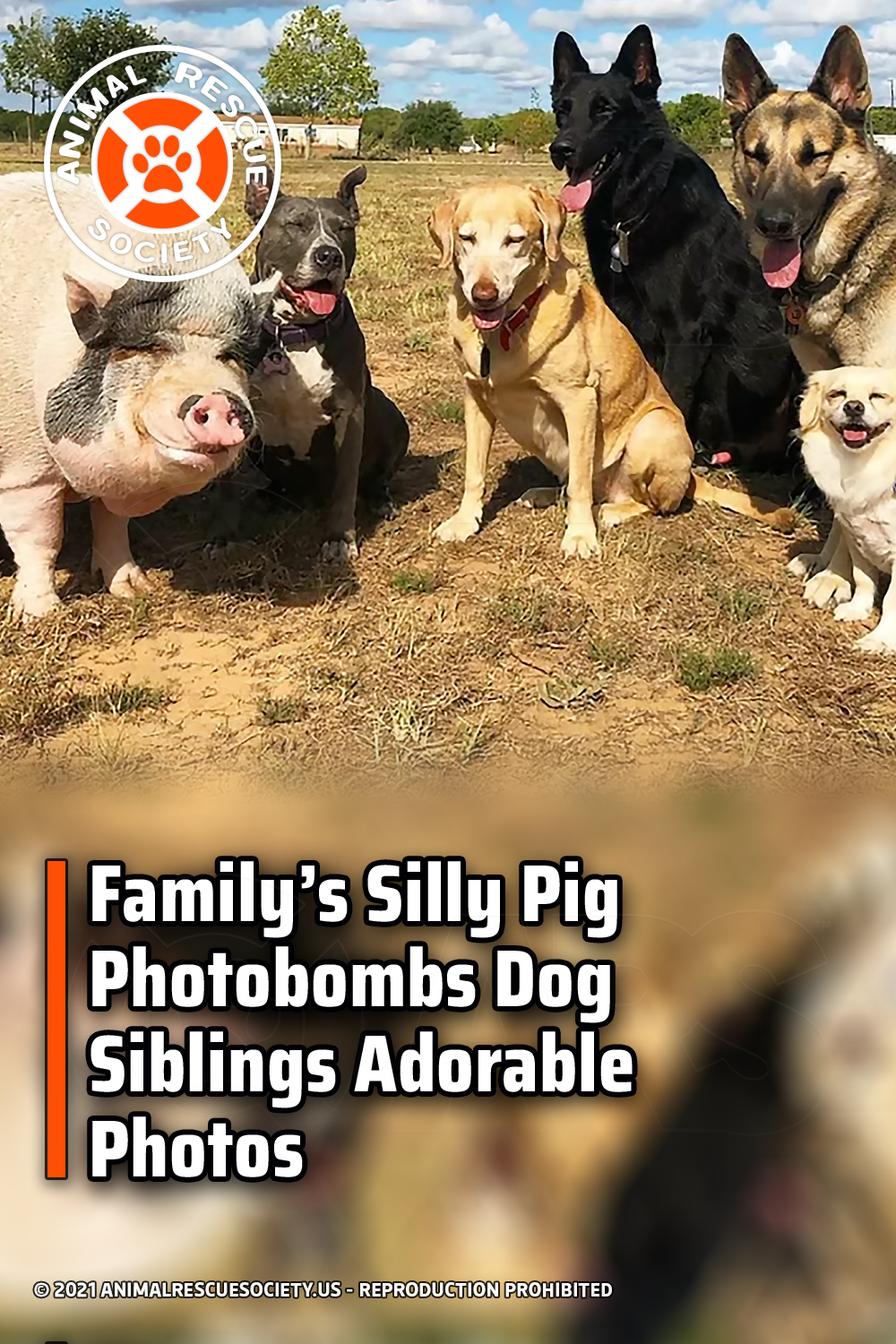