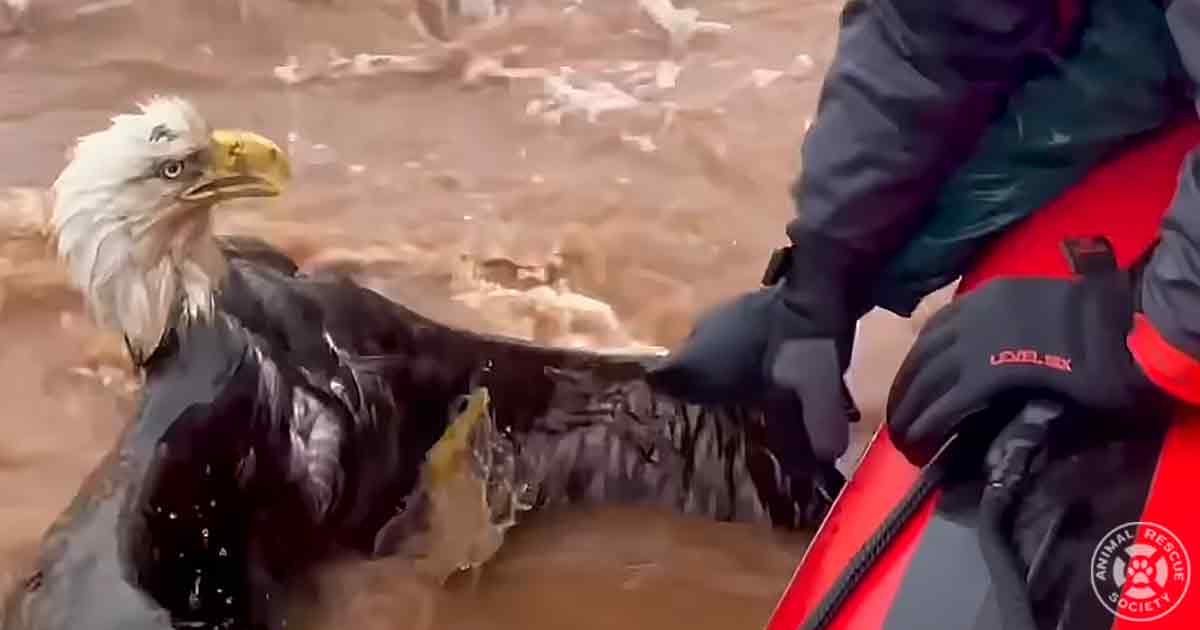 Normally, seeing six bald eagles while rafting would be a treat. But when the tidal bore rolled in, it quickly became a race against time to rescue one of the predators. 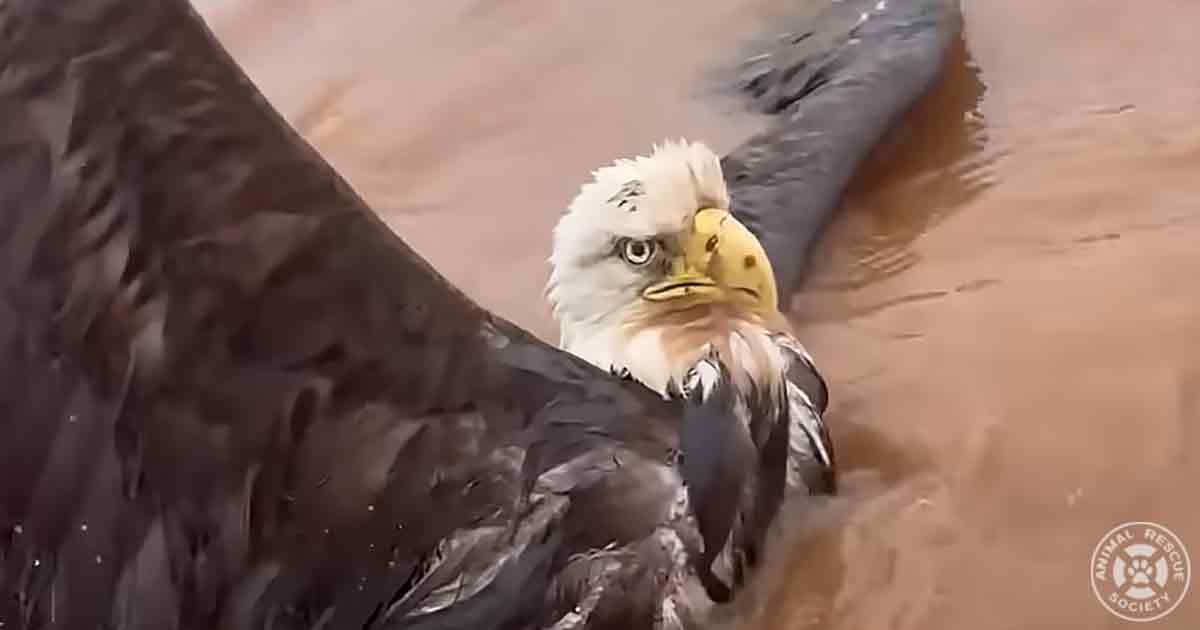 While Emmet Blois from the Shuble River Wranglers watched, five birds took off from the water, but one stayed behind. He knew something was wrong when one of the waves hit the solitary eagle.

Emmet and his crew paddled out into the water, fighting against the waves and their own fear. “She was trying to jump up a little bit,” said Emmet. “It looked like her feet were almost stuck in the sand.” 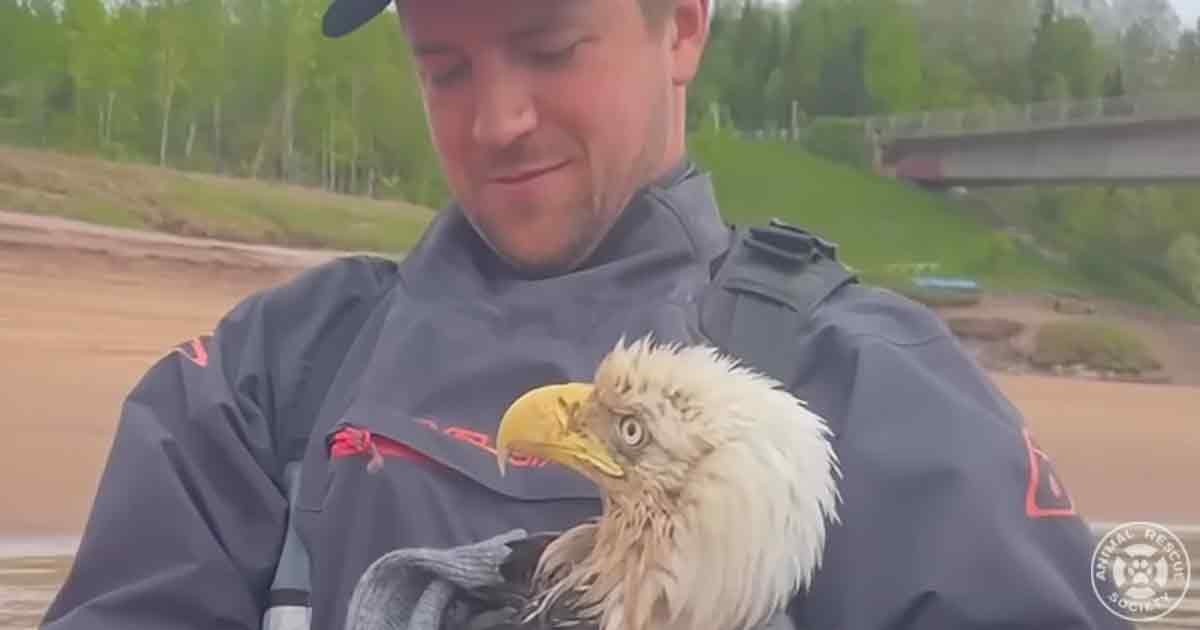 They followed the eagle into smoother waters, and they finally pulled the struggling bird into their boat. But even though she was safe, the terrified animal was not happy.

One of the dangers of rescuing animals is that they might not realize you are trying to help. “[There were] definitely some nerves in the beginning,” said Emmet. “You could see how big her talons were.” 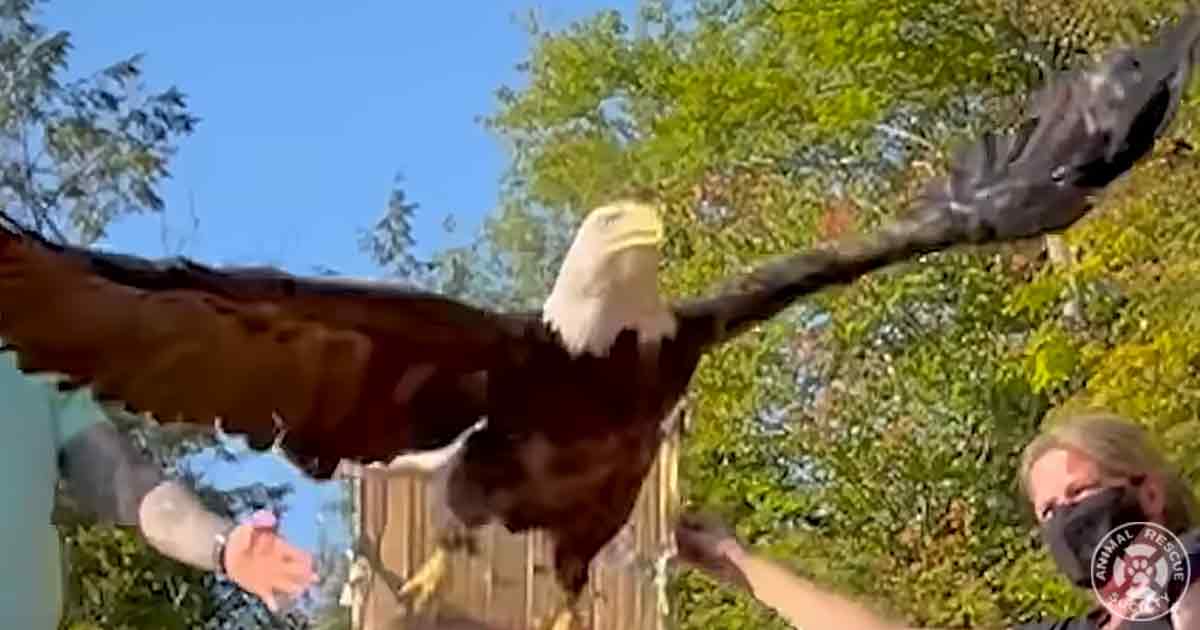 The bald eagle bit Emmet as they lifted her into the boat, but the rescuer did not let that stop him. “She was just trying to protect herself,” he explained. Once she knew she was safe, her demeanor changed completely.

For an hour, Emmet held the shocked eagle in his arms. Because of him and his compassionate team, the bird received the treatment she needed, and once she had recuperated, Emmet released her back into the wild. 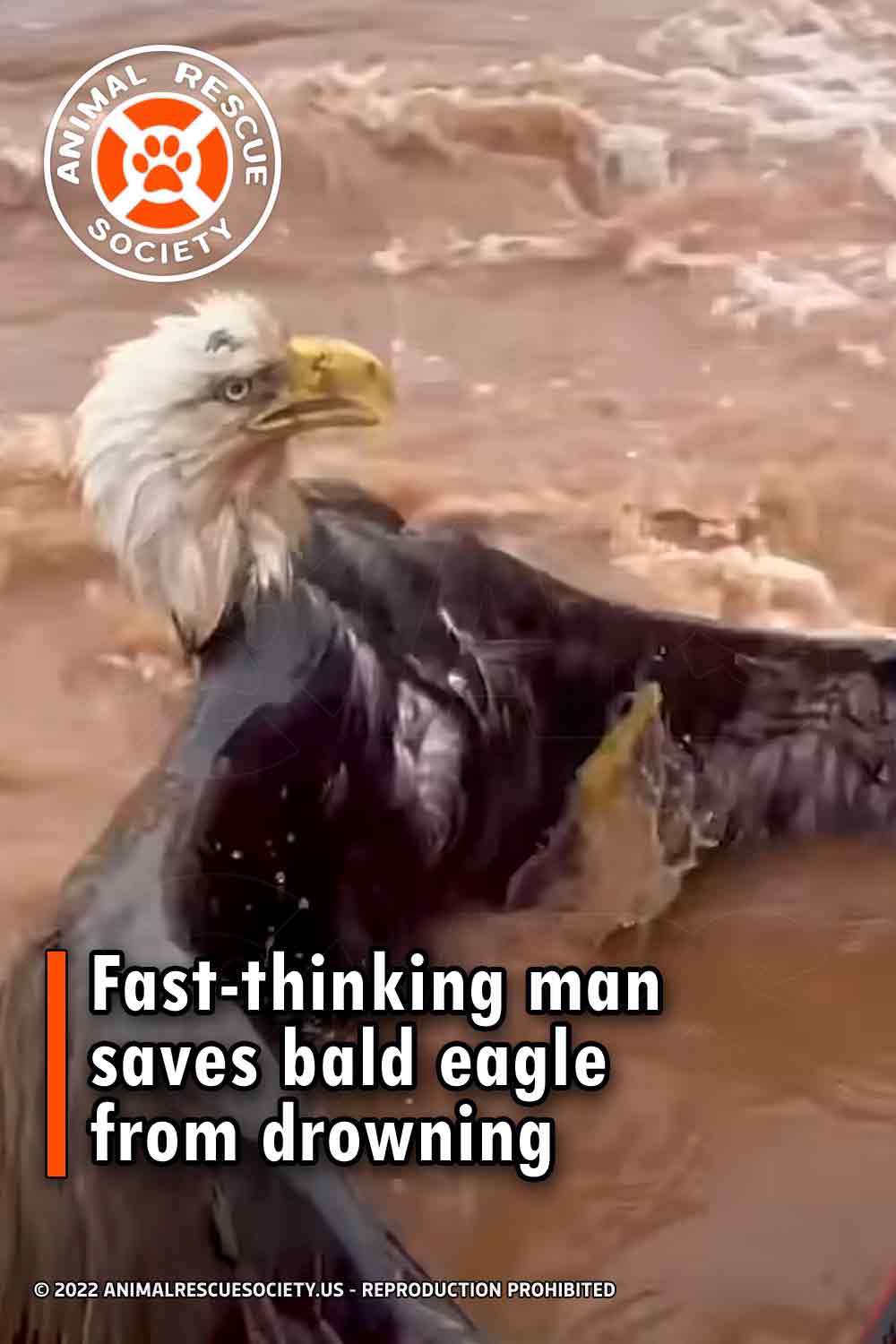