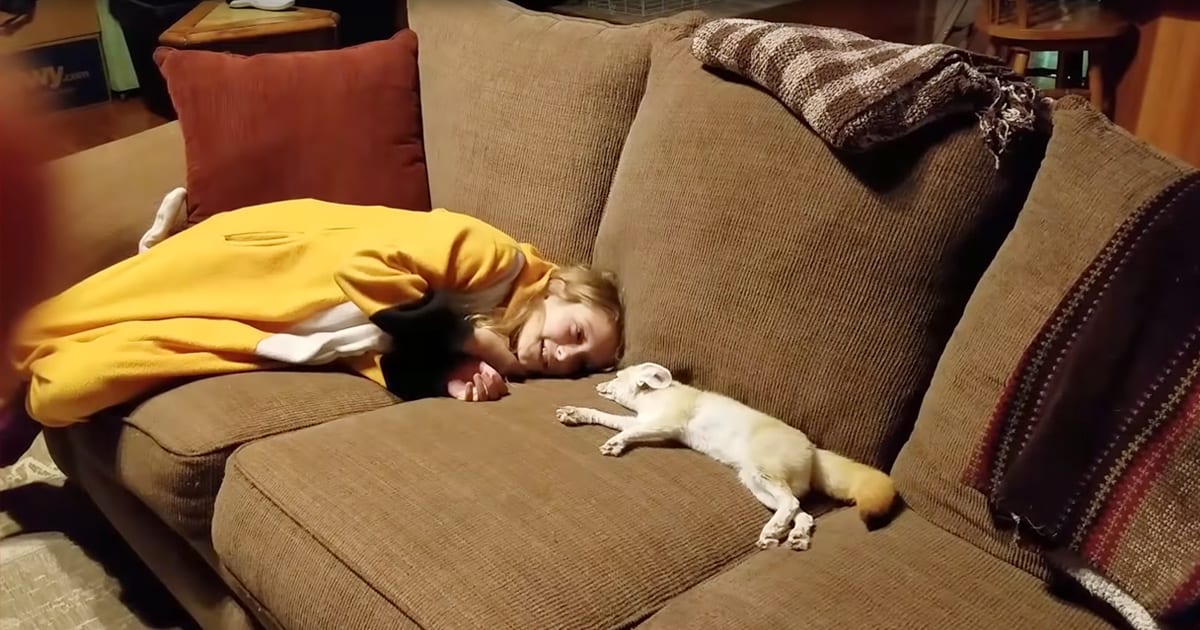 Foxes are some of the most energetic wild animals in the kingdom. They spend hours every day running around outdoors, trying to catch food, and having fun with their feisty fox friends. When they’re owned as pets, it’s not much different.

Fennec foxes, in particular, can usually be found in the Sahara and the Arabian Peninsula. They’re in the same family as the other foxes you’ve likely seen. Fennec’s are known for having huge ears and a beautiful light brown coat.

Their tail size takes up over half the length of their body, and they don’t weigh over four pounds. A Fennec fox named Lucy can’t control her excitement when her favorite person walks into the room.

She has the zoomies on the couch, but when her owner lays down with her, she instantly calms down. Ironically, her human friend is wearing an adorable fox onesie that pairs perfectly with Lucy for their casual evening together. 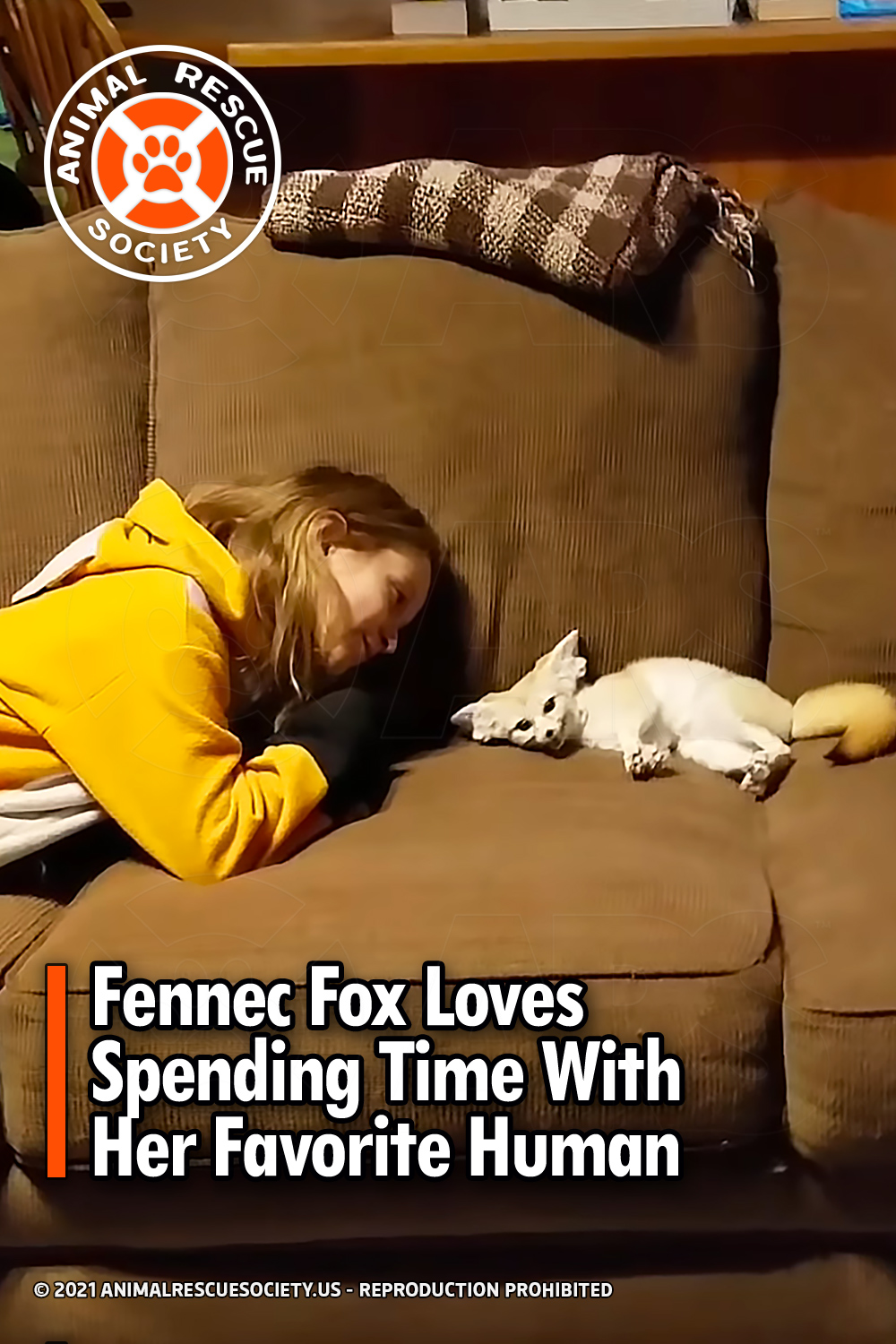