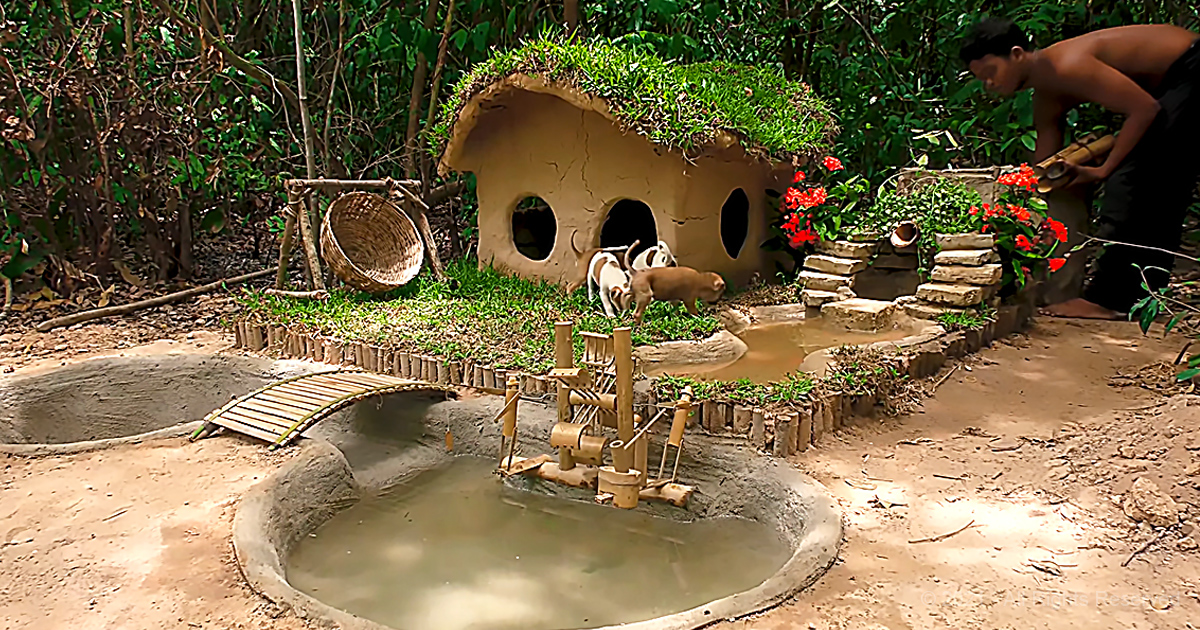 A man living near a jungle found 4 abandoned puppies and decided to build them a home. But this isn’t just any home, it’s a luxury dog house with a waterfall and fish pond. The entire structure was painstakingly built out of mud, sticks, and wire, and was covered with beautiful plants.

Over 196 million people have watched this good samaritan rescue 4 puppies from the jungle and build them a luxury doggy playground out of natural materials. When he found the abandoned animals, his first thought was to give them a beautiful place to live. Being an enterprising fellow, this man began clearing the jungle on his land and got to work.

With painstaking effort, the man dug out an area, built a house, and then created a four-tier waterfall pond system that would provide water for his new puppies and would also be a home for some beautiful redfish. Now the abandoned dogs have a new, gorgeous home built from the jungle they were abandoned in. 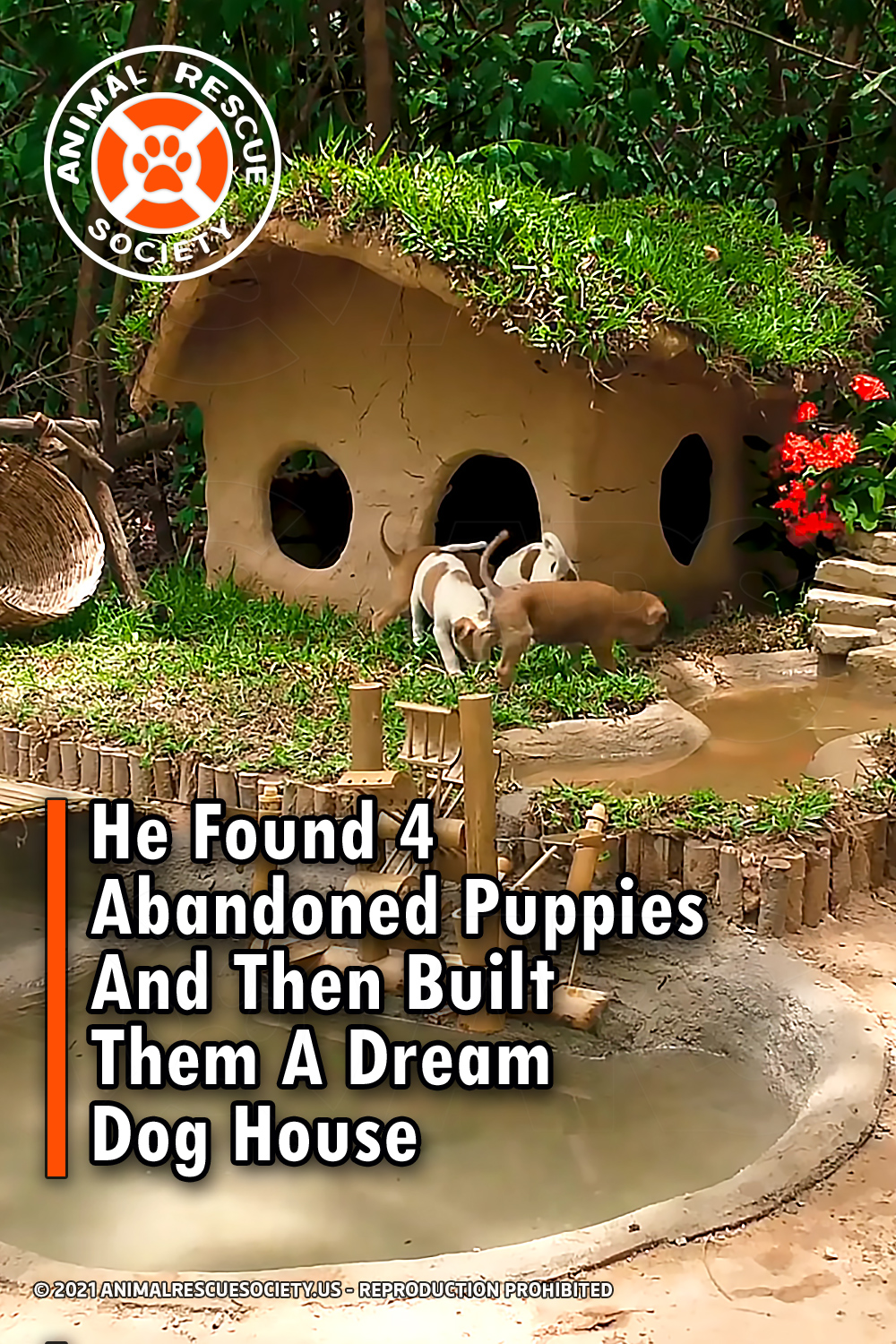