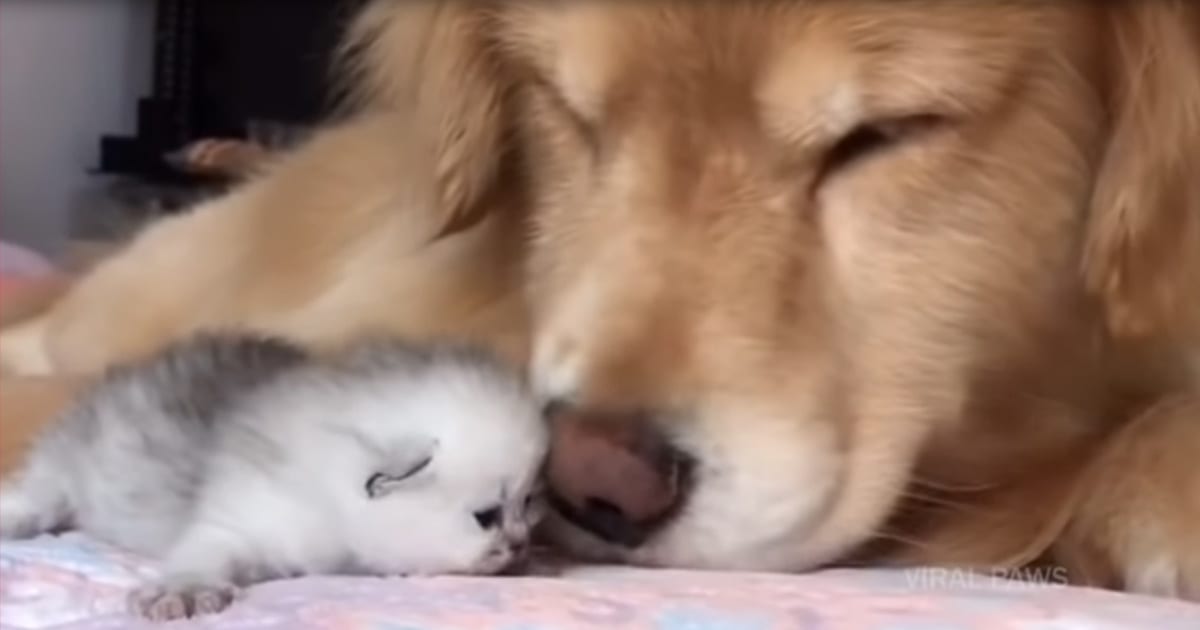 Most people have heard the popular phrase, “fighting like cats and dogs.” Since the dawn of time, many have thought there’d been an unspoken rivalry between canines and felines, but thankfully this isn’t always the case.

There are plenty of heartwarming stories about cats befriending dogs, or the other way around. For example, Golden Retrievers are some of the friendliest pups, and they can’t seem to get enough of their supposed enemies.

A charming Golden Retriever became friends with his family’s pet cat well before she gave birth. Mom cats are known for being very protective over their kittens, but this momma trusted her canine friend enough to let him help.

When she gave birth, the adorable pup would give her five kittens, endless kisses, and cuddles. The giant pooch would handle the litter with the utmost care and took them in as his own. It doesn’t take much else to plaster a giant smile over the face of thousands. 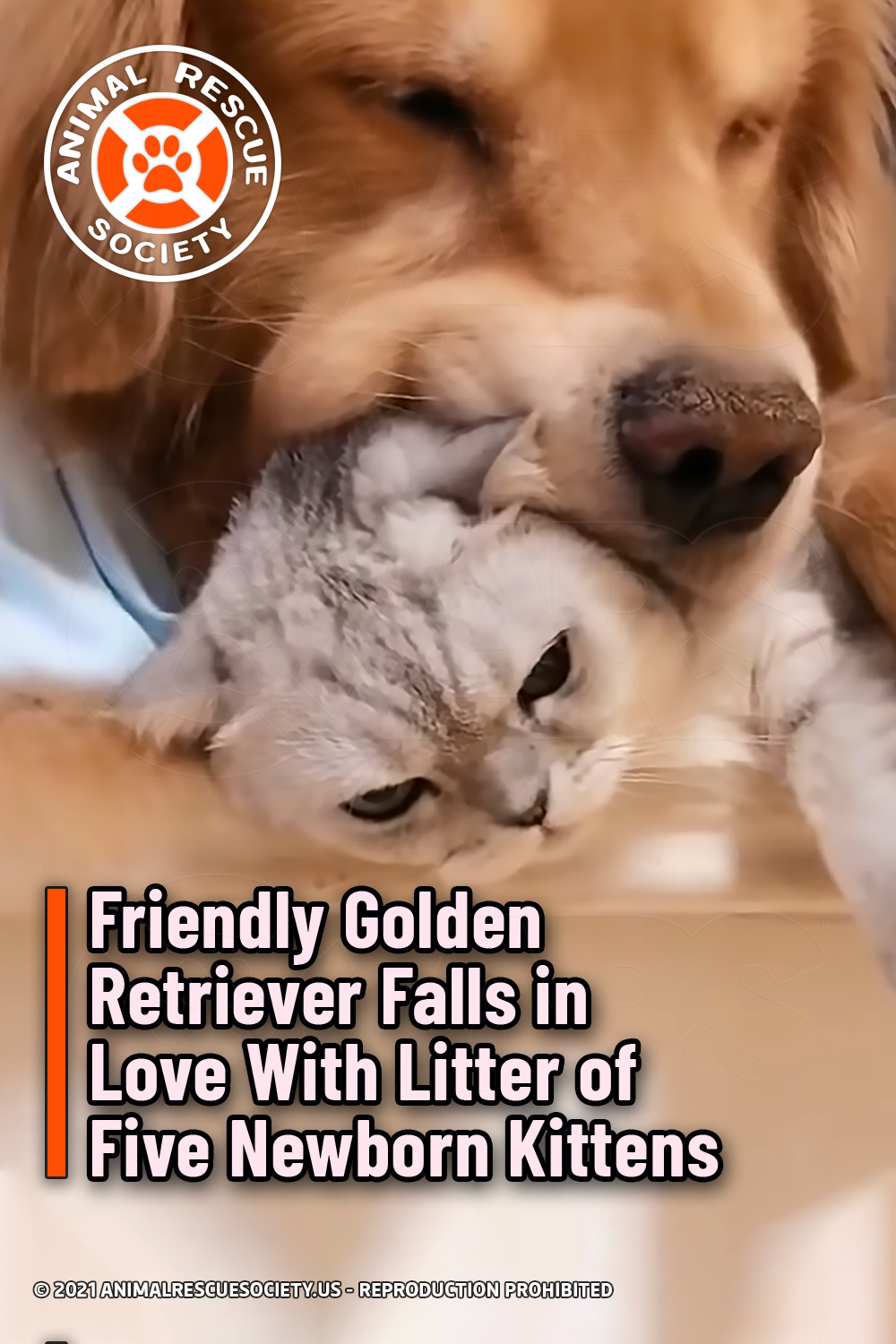