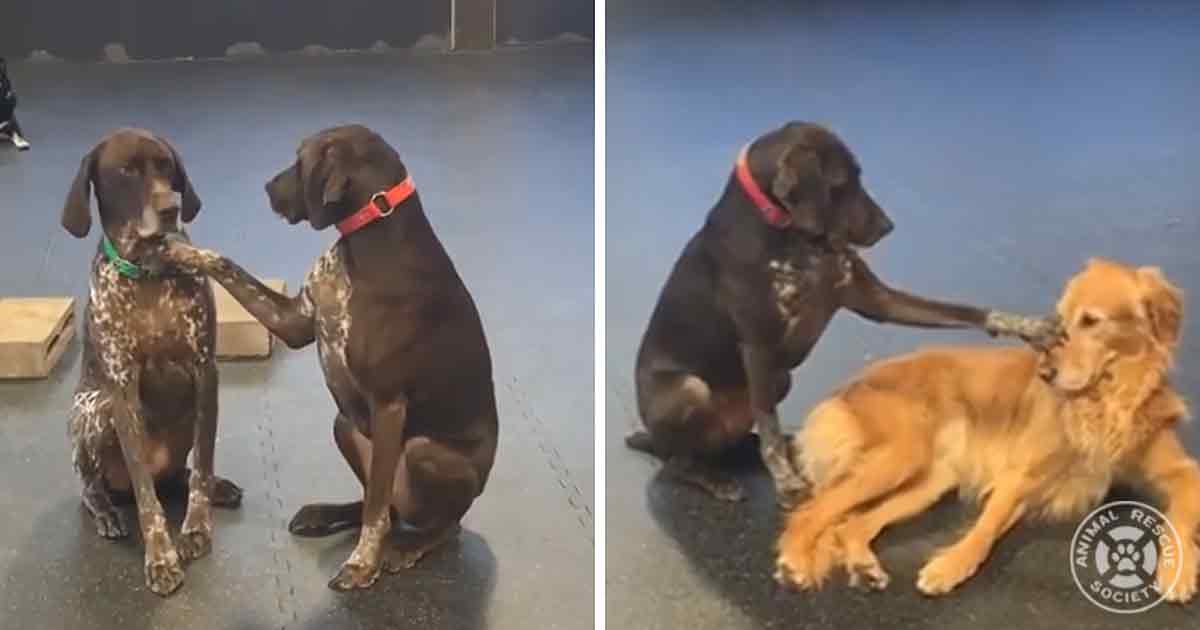 It is no secret that dogs are some of the most compassionate animals. Whether it is a fellow canine or their parent, dogs know what to do to comfort their loved ones. But this dog learned a unique way to show love to the dogs at her daycare.

Ruby, a German short-haired Pointer rose to TikTok fame for her unconventional method of comforting her playmates at daycare. From the first day she arrived at daycare, Ruby was petting the other dogs.

Yes, you read that right. Ruby reaches out her paw and pats her canine friends on the head and noses. When staff members at the daycare noticed this, they could not resist recording her adorable behavior.

And thank goodness they did because this would have been a shame to miss. Thanks to Lorraine and the staff members, we can watch clips of Ruby petting another dog and giving them kisses on the cheek.

As for the recipients of Ruby’s affection, they did not object, but they did seem somewhat confused by Ruby’s eccentric way of greeting. But for Ruby, the behavior was as natural as wagging her tail.

While Lorraine had looked forward to sharing Ruby’s quirks, she never expected the videos would go on to become so popular. “I thought it would be adorable,” said Lorraine, “but I never imagined it would go viral.”

This sort of fame could sometimes go to people’s heads, but Ruby never let it change her. Whenever she went to daycare, Ruby continued to give her friends all the petting she could.

♬ You’ve Got a Friend In Me – Cavetown 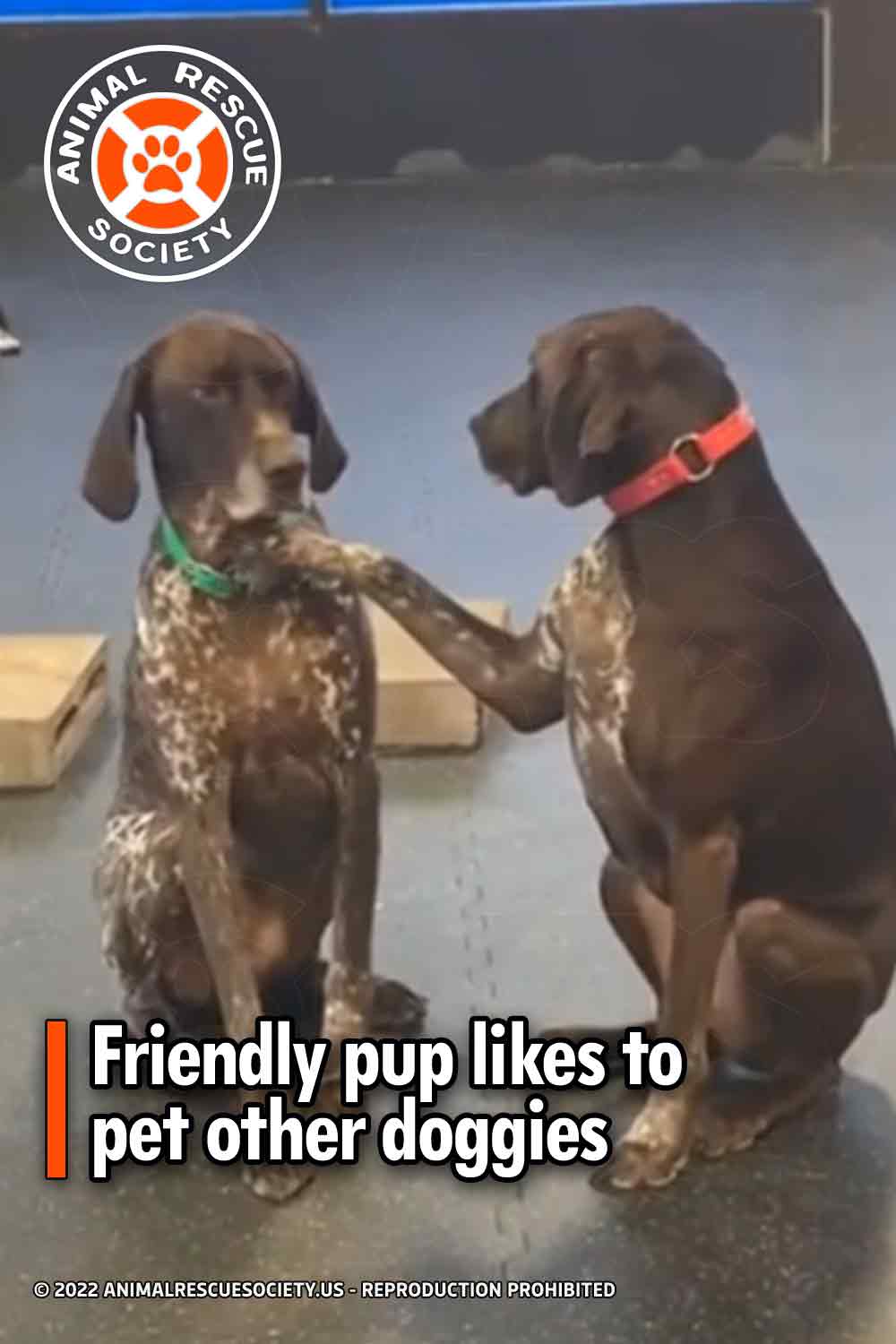