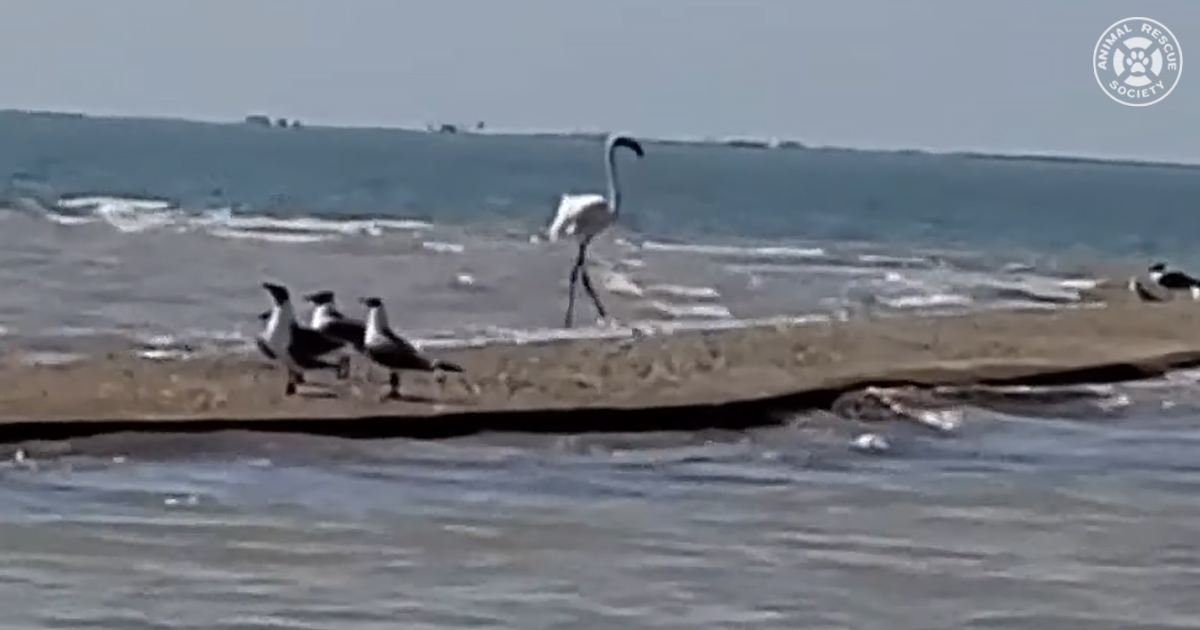 Over the years, many animals have attempted to escape from zoos, but none were quite as effective as a flamingo named Pink Floyd that escaped from Sedgwick County Zoo in 2005.

Pink Floyd arrived at Sedgwick County Zoo in 2003 as a member of a flock of 40 flamingos from Tanzania. No. 492, as zookeepers knew him at the time, was only two or three years old when he first arrived.

This feathered fugitive’s daring escape began on July 2 of that year. On that fateful day, zookeepers went out to clip the flamingos’ feathers, a painless process that keeps the birds from flying away.

But before they had finished clipping the feathers of all the flamingos, a great wind gust blew past, and several of the flamingos, Pink Floyd included, used the opportunity to take flight.

While the rest of the flamingos returned to the zoo, No. 492 and another flamingo, No. 349, settled down at a marsh 100 to 200 yards away from Sedgwick County Zoo.

For a couple of days, the flamingos evaded capture. Then, on July 4, a thunderstorm hit, and the pair of birds fled for good. No. 347 was spotted once in Minnesota before disappearing, and No. 492 ended up in Texas.

Rather than hold a grudge, Jennica King, the zoo’s director of strategic communications, chose to be happy for the flamingo. “Once it flew away and was spotted in Texas, we were certainly happy to hear that it was OK,” King said. “Every time we hear of it being spotted every couple of years, we’re still pleased that he’s doing well.”