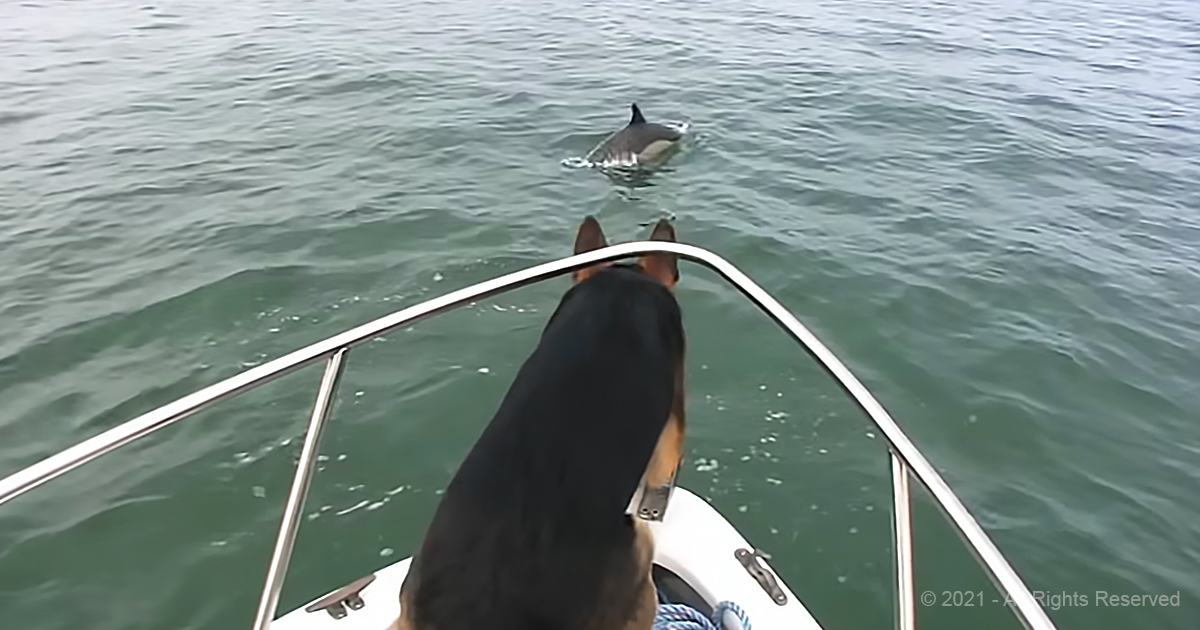 The German Shepherd in this video is one of those dogs’ happy-go-lucky dogs. The dog’s human friends decided to take Maverick with them on the boat while they went out to enjoy a day of fishing.

Suddenly, a couple of curious dolphins approached the boat, not an uncommon occurrence on the water. All the movement and splashing in the water instantly had Maverick’s full attention.

Not daring to take his eyes off the giant fish in the water, Maverick hovers on the front end of the boat, moving from side to side trying to follow them. He can barely contain his excitement.

To the men’s complete surprise, Maverick suddenly leaps off of the boat after the dolphins in an attempt to give chase. The dolphins aren’t so happy with their new swimming companion and disappear beneath the water.

The excitement on Maverick’s face quickly changed to regret almost as soon as he hit the water. He suddenly realized what a mistake he had made by diving into the water. It was much deeper than he thought it was. He started furiously swimming back towards the boat, but the boat was moving too quickly. His eyes grew large as he fell behind.

Thankfully, the men on the boat slowed down a bit, and Maverick’s friend helped the very wet – and far less excited – dog back on board. It’s doubtful that Maverick will make that mistake again. 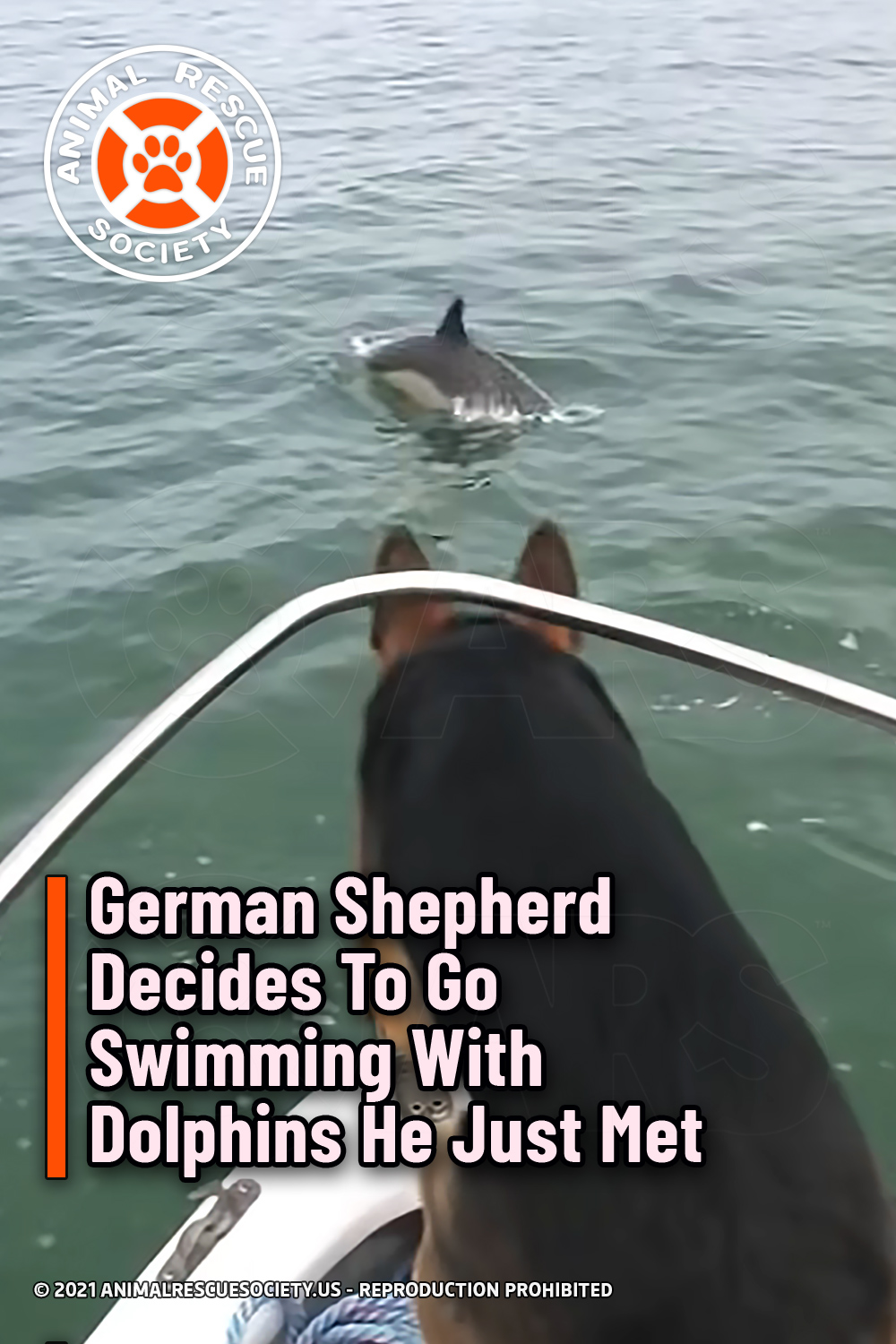