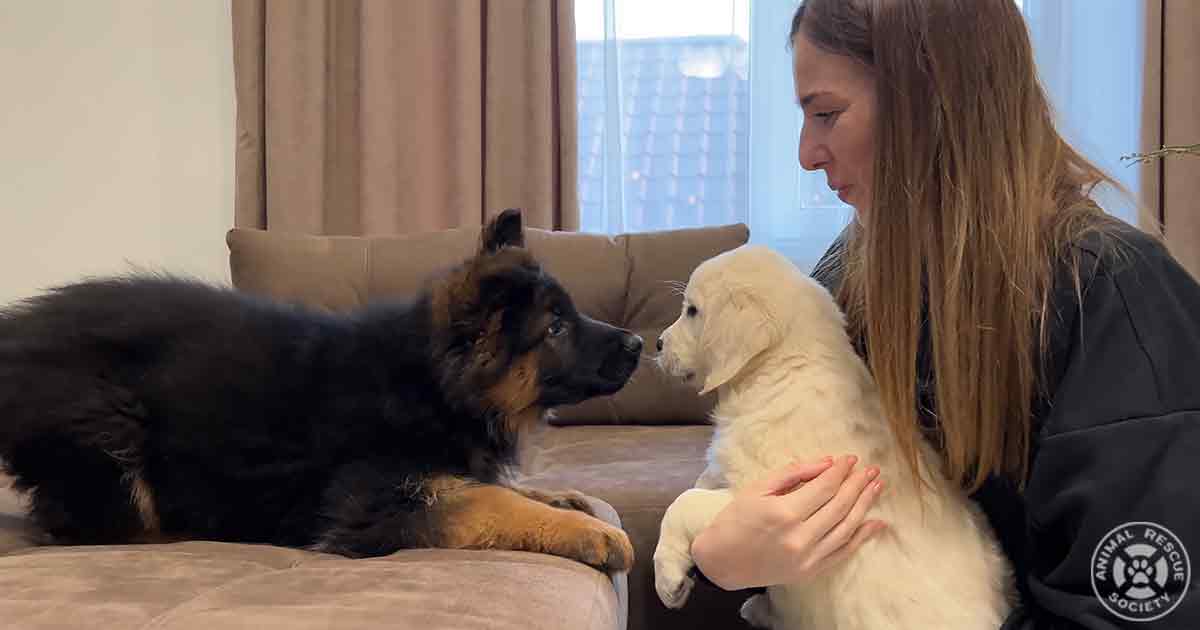 Are you looking for a quick endorphin boost? We have you covered. This time, we have brought out the big guns. This video has not just one puppy but two: a fluffy Golden Retriever and an equally adorable German Shepherd. 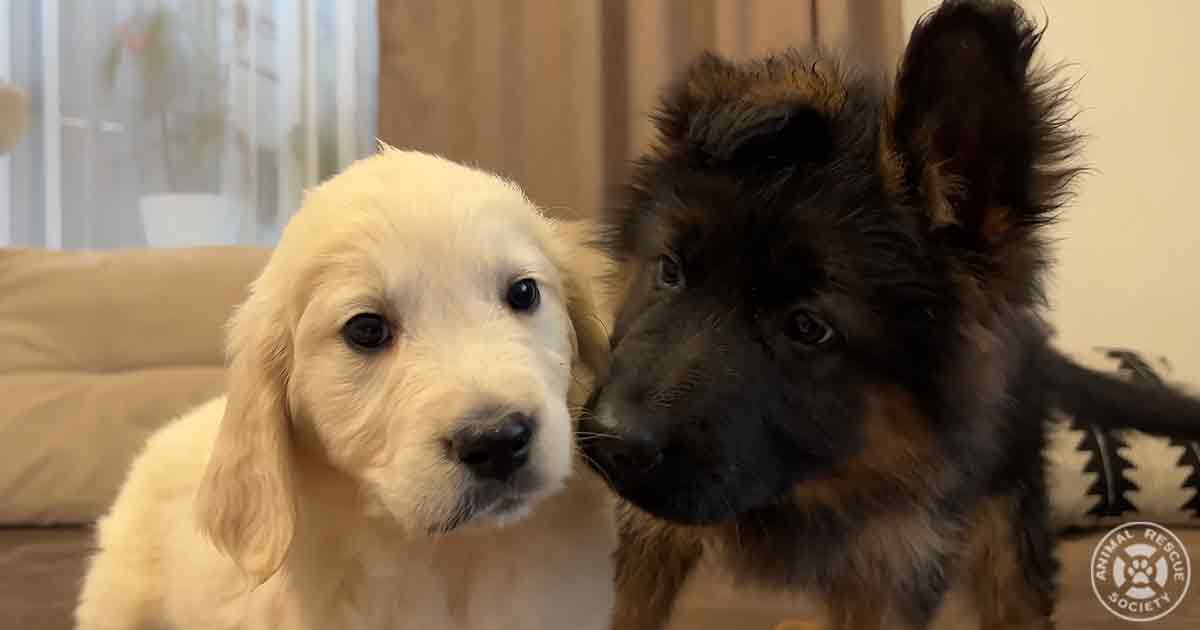 But when the mom set the Golden Retriever, Mia, on the couch, the blond dog seemed less convinced that this would be fun. Luckily, the German Shepherd, Jessie, was sure enough for them both.

Even before all four of Mia’s legs were on the couch, Jessie approached to sniff her new friend. Mia, on the other hand, seemed more interested in the cameraperson and in figuring out how to get off the couch.

Despite her excitement, Jessie was patient and gentle with her new friend, but she remained persistent, determined to befriend the sweet Golden Retriever pup. Slowly, Mia started sniffing Jessie back. 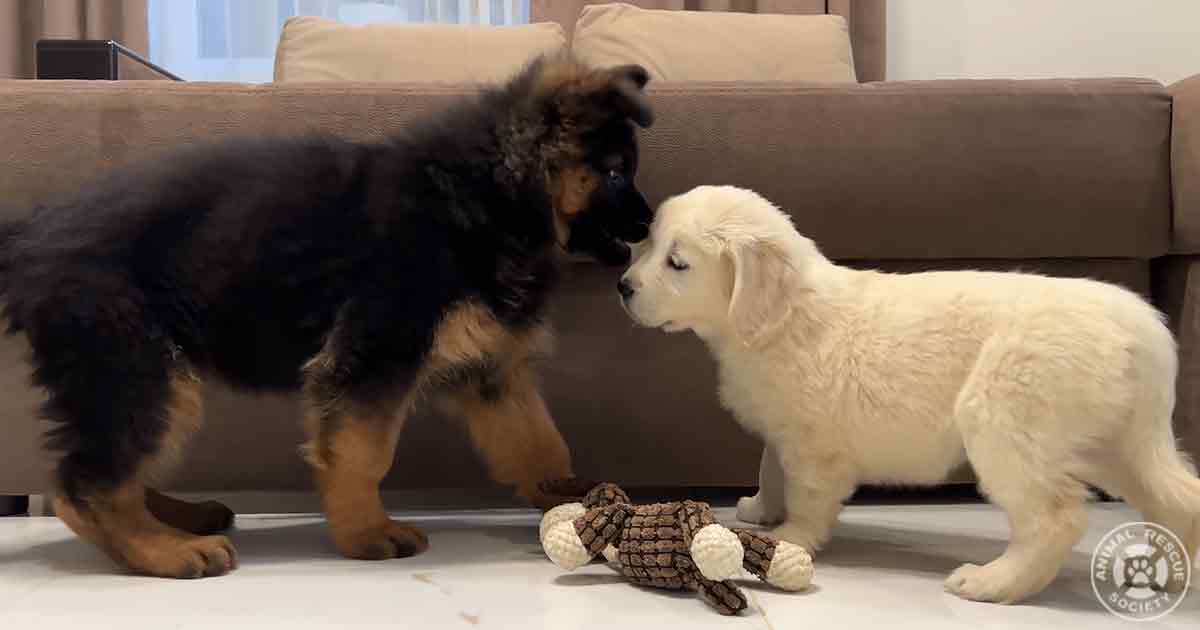 The puppies seemed to be on equal footing when they were both on the ground, but Mia remained leery of the bigger pup. But even the most patient puppy has her limits.

Jessie started stamping around and nudging her new friend as if trying to teach the smaller puppy that it was okay to play. Finally, when the parents introduced a toy, the real fun began. 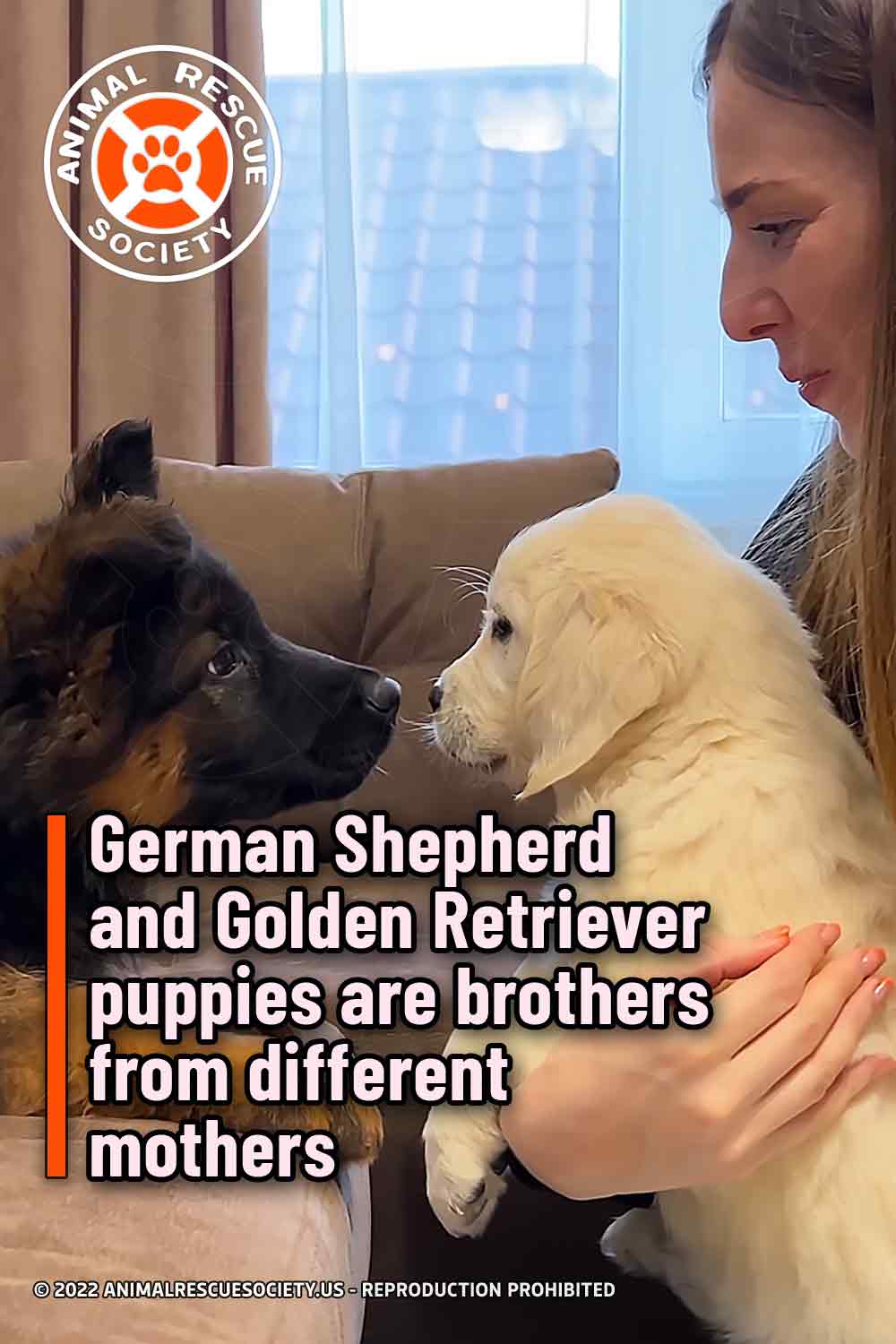