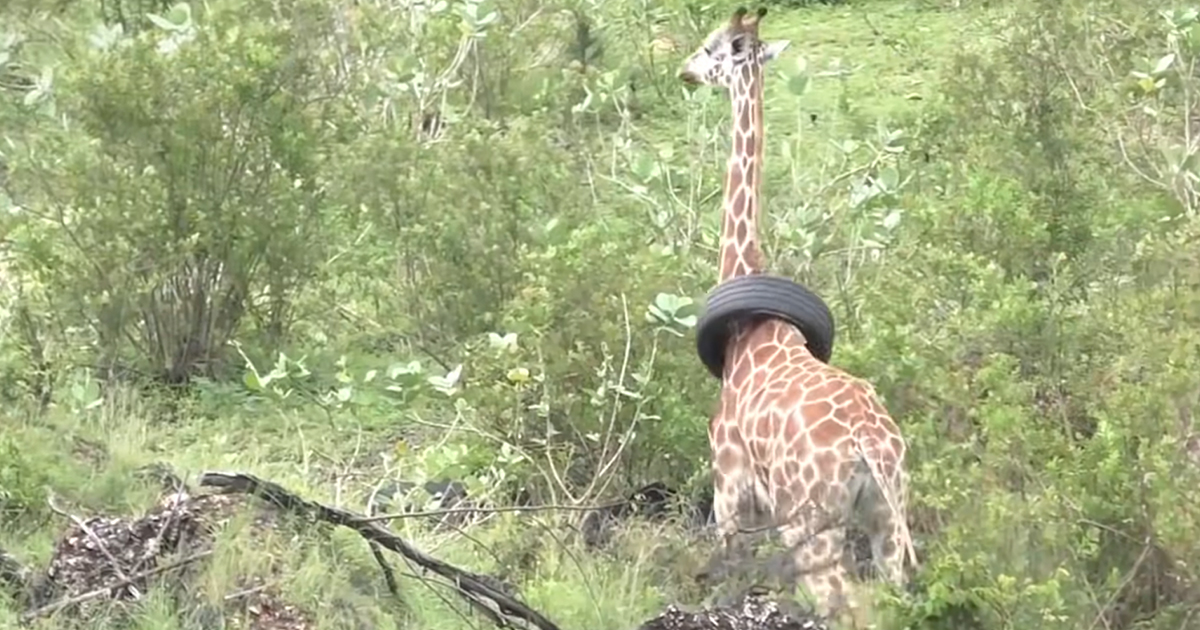 There was a giraffe with a tire stuck around her neck. No one knew how the tire got there, but a mobile veterinary unit drove in to do what they could to help her.

The giraffe wasn’t alone, and many other giraffes were with her. It was a clear and sunny day, so the people didn’t have any problem spotting her.

It didn’t seem that she was too distressed by the tire, but it would be better if they could remove it as soon as possible. Before they approached her, they prepared the proper dosage for a tranquilizer.

Giraffes are strong creatures, and it took many people to hold the giraffe even when she was drowsy. The veterinary unit made use of ropes to gently pull the giraffe down.

The giraffe resisted their help because she didn’t know what they were trying to do. Thankfully no one was hurt during the entire process.

When the giraffe was finally down on the ground, they quickly removed the tired from around her neck. Then they saw a wound on her body where the tire previously rested.

They treated the wound as swiftly as they could and lifted her up. It took a few attempts before enough of the effects of the tranquilizer wore off for her to stand up and slowly run away. 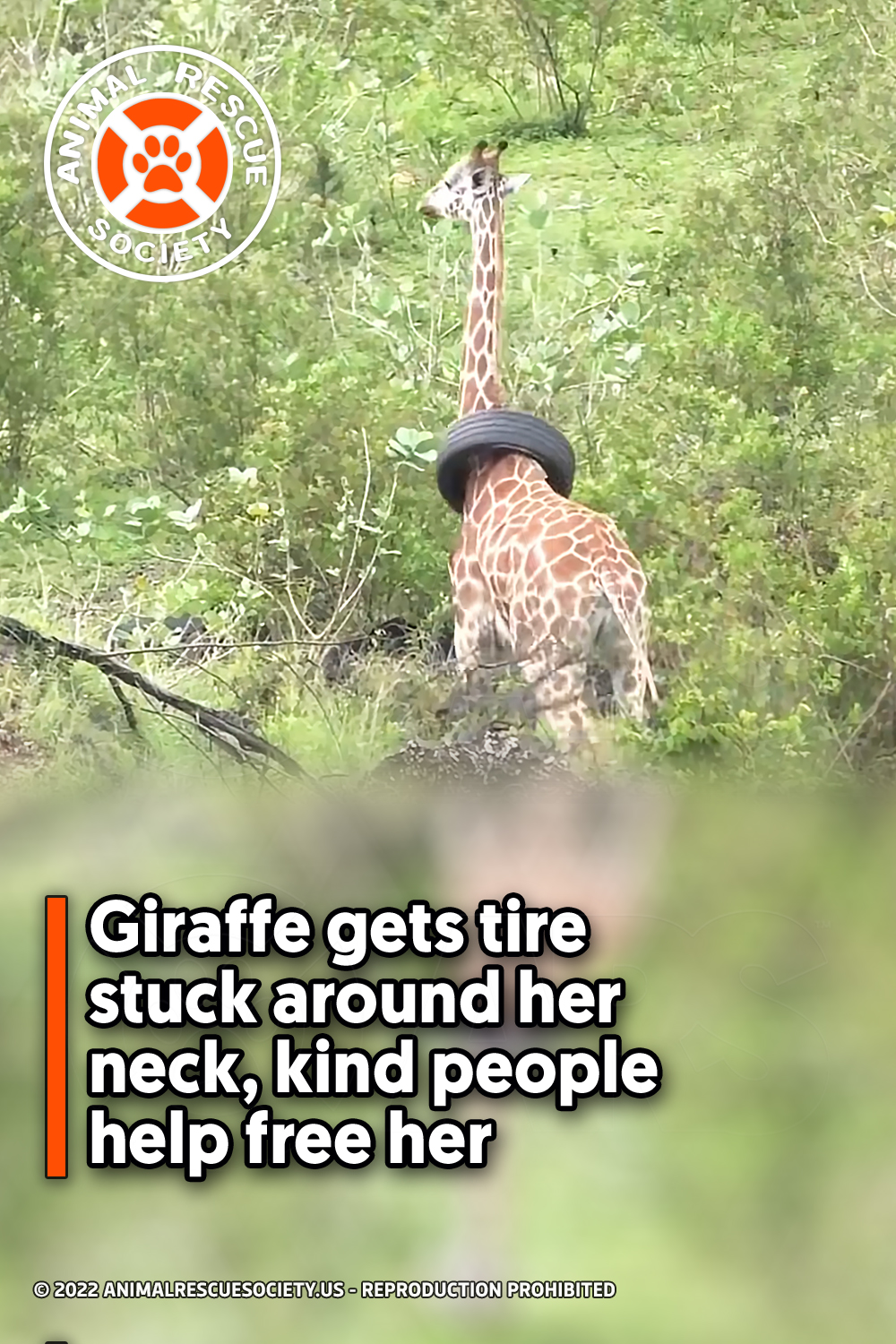