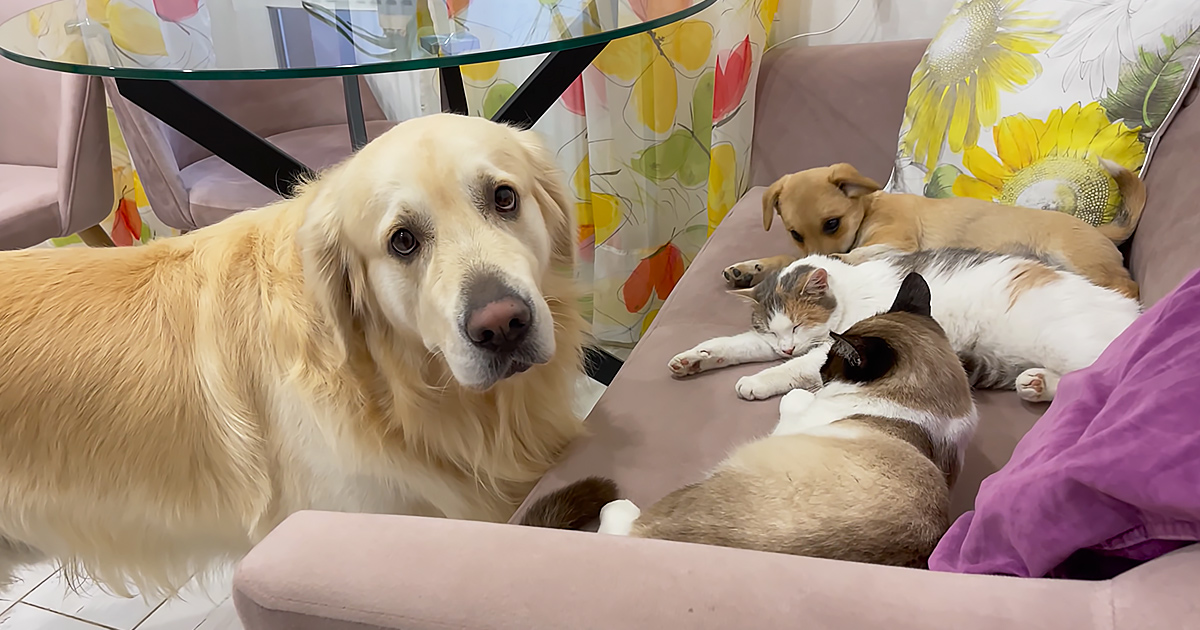 Bailey, the Golden Retriever, is a gentleman dog known for his patience towards his cute pet siblings. He lives in Costa del Sol, Spain, with his owner Taras and his partner.

Recently, Bailey was shocked to find his favorite couch occupied by his owner’s other pets. The cats and the puppy had occupied the sofa completely, and there was no room for him on it.

Poor Bailey sat on the ground, looking sadly at the others and whining as they ignored him. The cat looked at him as if Bailey was invisible. However, the kind dog could do nothing but sit patiently.

Bailey did not look entirely happy because he could not find a place for himself on the couch. However, when his mom found out about the situation, she petted Bailey lovingly.

Bailey grabbed this opportunity to complain about the others. But, instead, he looked at his mom with those adorable eyes. It seemed like he was asking her to help him get a place on the couch.

The dog even jumped slightly and put his front paws on the sofa, indicating that he wanted to rest on it. Then, however, Bailey started to bark, showing that he was annoyed by his siblings’ behavior.

Due to Bailey’s continuous barking, the cats vacated the couch. However, the puppy still sat on the sofa and would not move from it. Nonetheless, Bailey got back his spot, and it all worked out in the end. 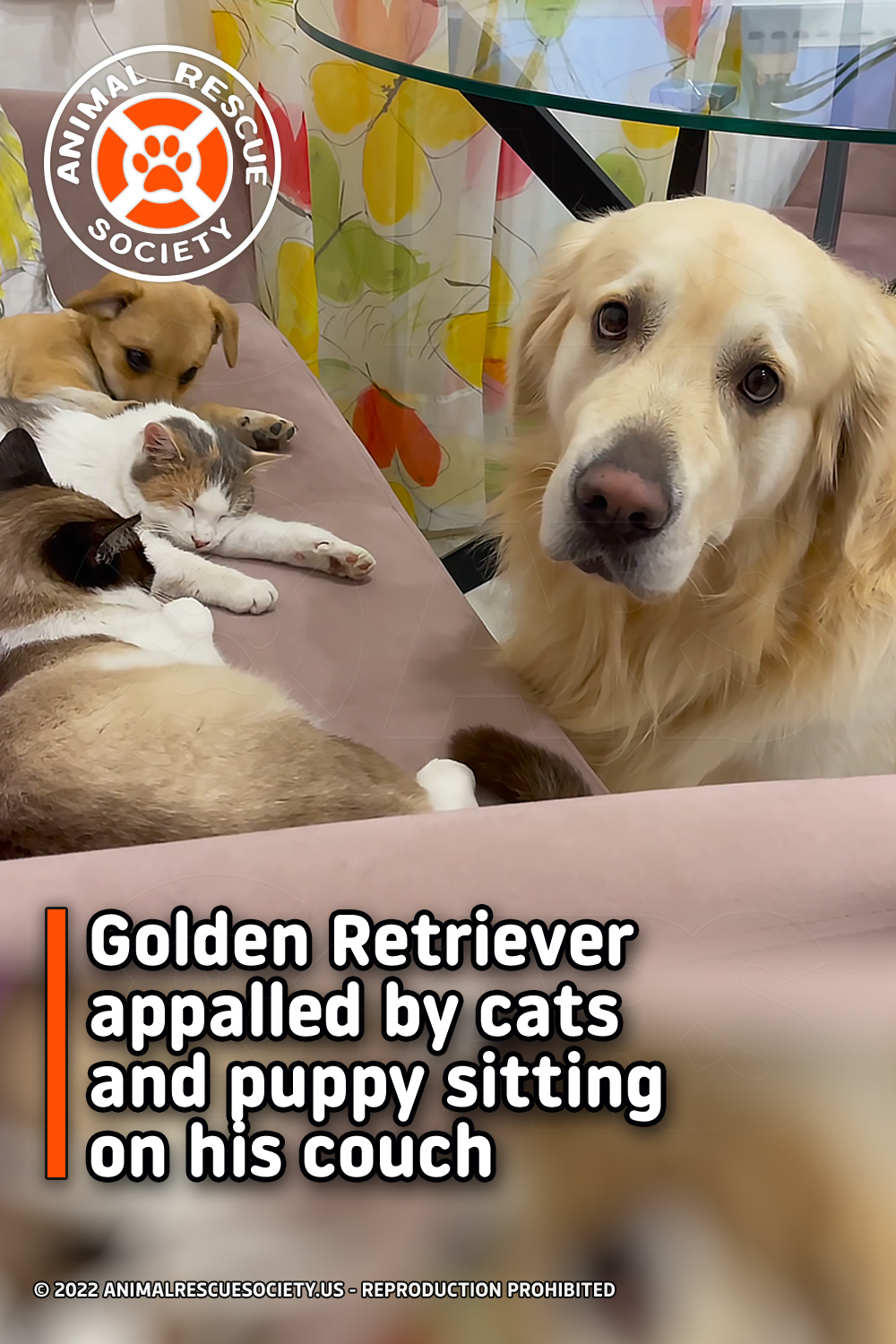