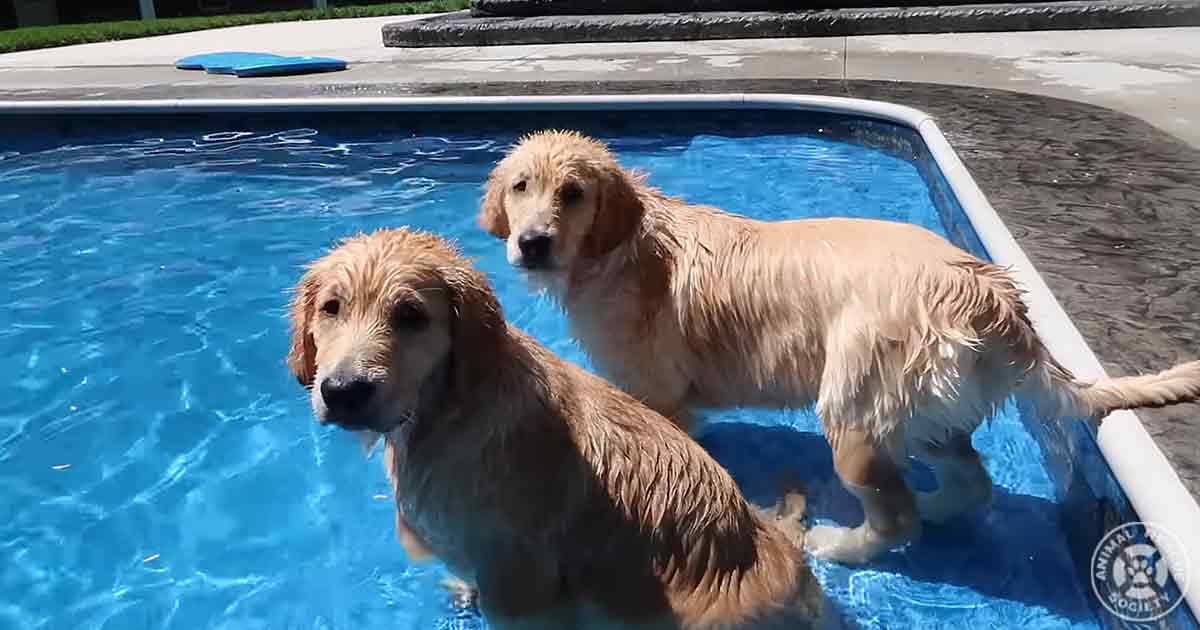 One of the best ways to cool off during the hot summer months is to hop into a pool. The two Golden Retrievers, Dax and Tucker, would experience that for the first time.

If you have ever met a Golden Retriever, you know they are adorable bundles of personality. Dax and Tucker held up to that reputation as soon as they appeared in the video.

Dax was the first puppy in the pool, but he looked uncertain. Once Tucker took his first step into the water, he floundered at the stairs. It might have been a hot day, but both Golden Retrievers were nervous about taking that first step.

Their family waded into the middle of the pool, calling the nervous pups and assuring them that it would be okay. Tucker and Dax, on the other hand, were not convinced.

Dax distracted himself by pouncing on the water, but Tucker was determined to swim with the rest of his family. After a few false starts, the adorable pup leaped into the water and swam out to his other family members.

When Dax saw his brother swim back to the steps, he decided to make his attempt. “I doin’ it,” he said. The Golden Retriever jumped in and swam to his heart’s content.

Now that the two canine brothers had surmounted their fear of the scary pool, they enjoyed a fun day in the sun with the rest of their family. Watch this adorable, heartwarming video of Dax and Tucker’s first day in the pool. 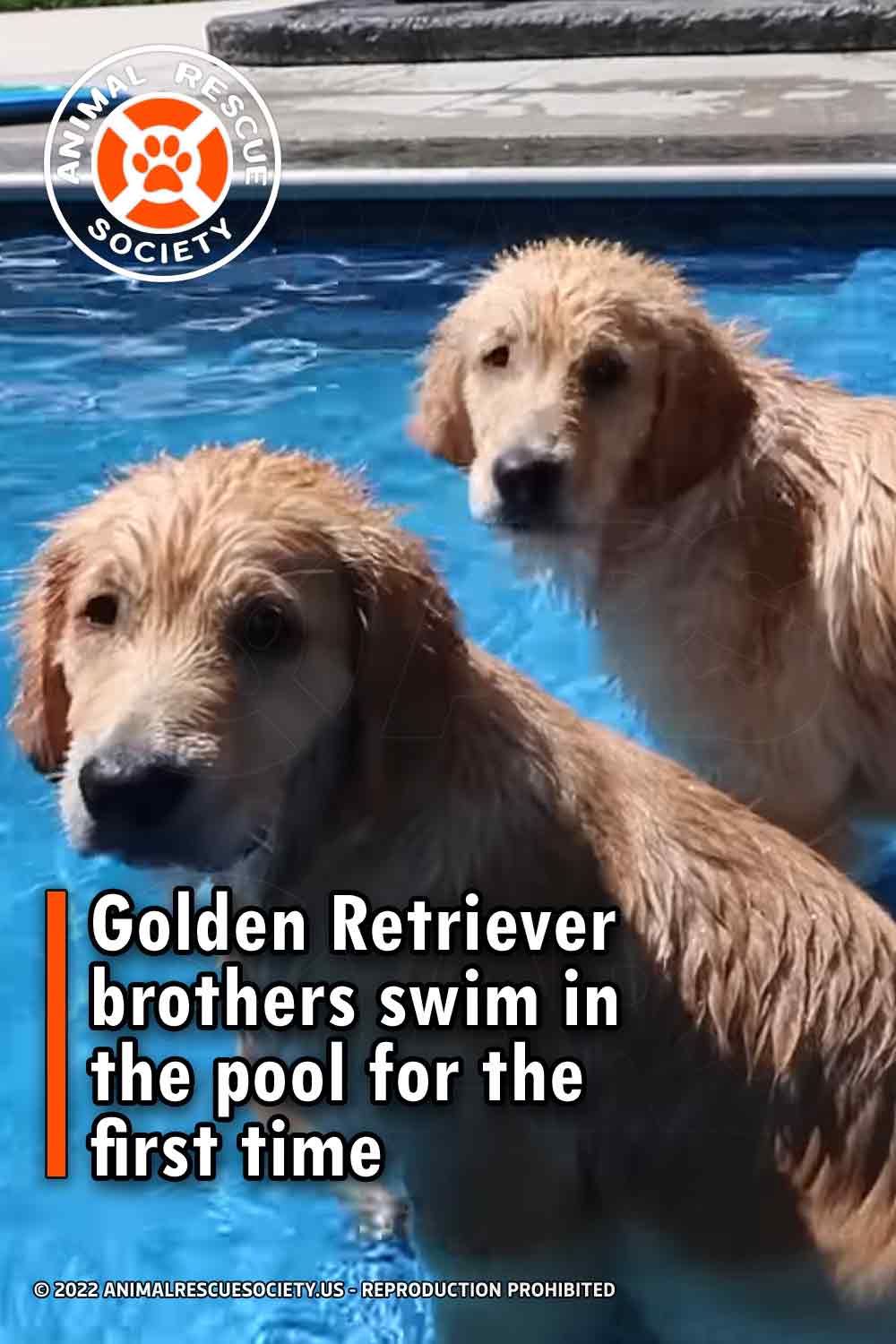