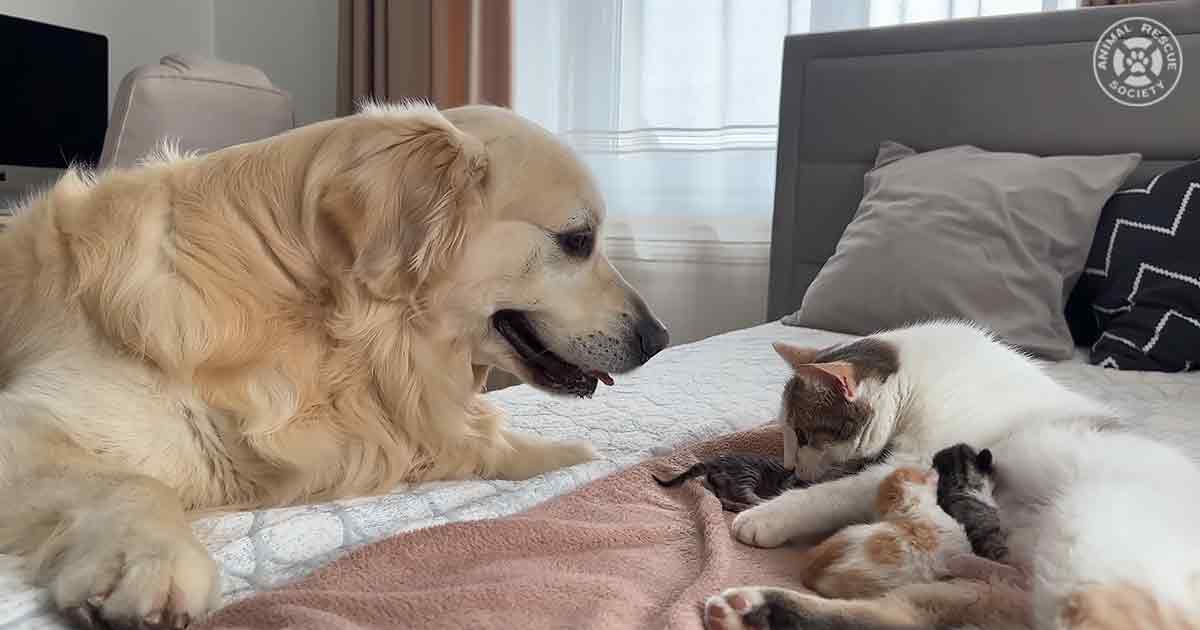 In cartoons and media, cats and dogs are often portrayed as mortal enemies who will fight at the mere sight of each other, but this video of Bailey the Golden Retriever with a mama cat and her kittens disproves that.

The mama cat seemed a little on edge when she heard padded feet on the other side of the door, but she seemed to relax when she realized it was her old friend Bailey the Golden Retriever.

Over the years, Bailey experienced a lot of firsts on video, but this was the first time Bailey got to meet kittens. And like all of Bailey’s other first experiences, he was eager and curious, bounding through the door to sniff at the babies.

But despite his eagerness, Bailey remained the compassionate, gentle dog he was known to be. The mama cat put her paw on his head when he sniffed at the kittens for too long, but eventually, the mama cat relaxed.

The mama cat was so relaxed that she started “making biscuits” on the blanket and leaning back to show her tummy, behaviors that cats only do when they trust someone.

After he greeted each of the adorable kittens with sniffs, Bailey lay down beside the mama cat as if to tell her, “I’m here to protect you and your babies.”

As the babies continued to nurse, Bailey watched over them, his tail wagging the whole time. After viewing this cute video, one thing was certain. These kittens had one great uncle looking out for them. 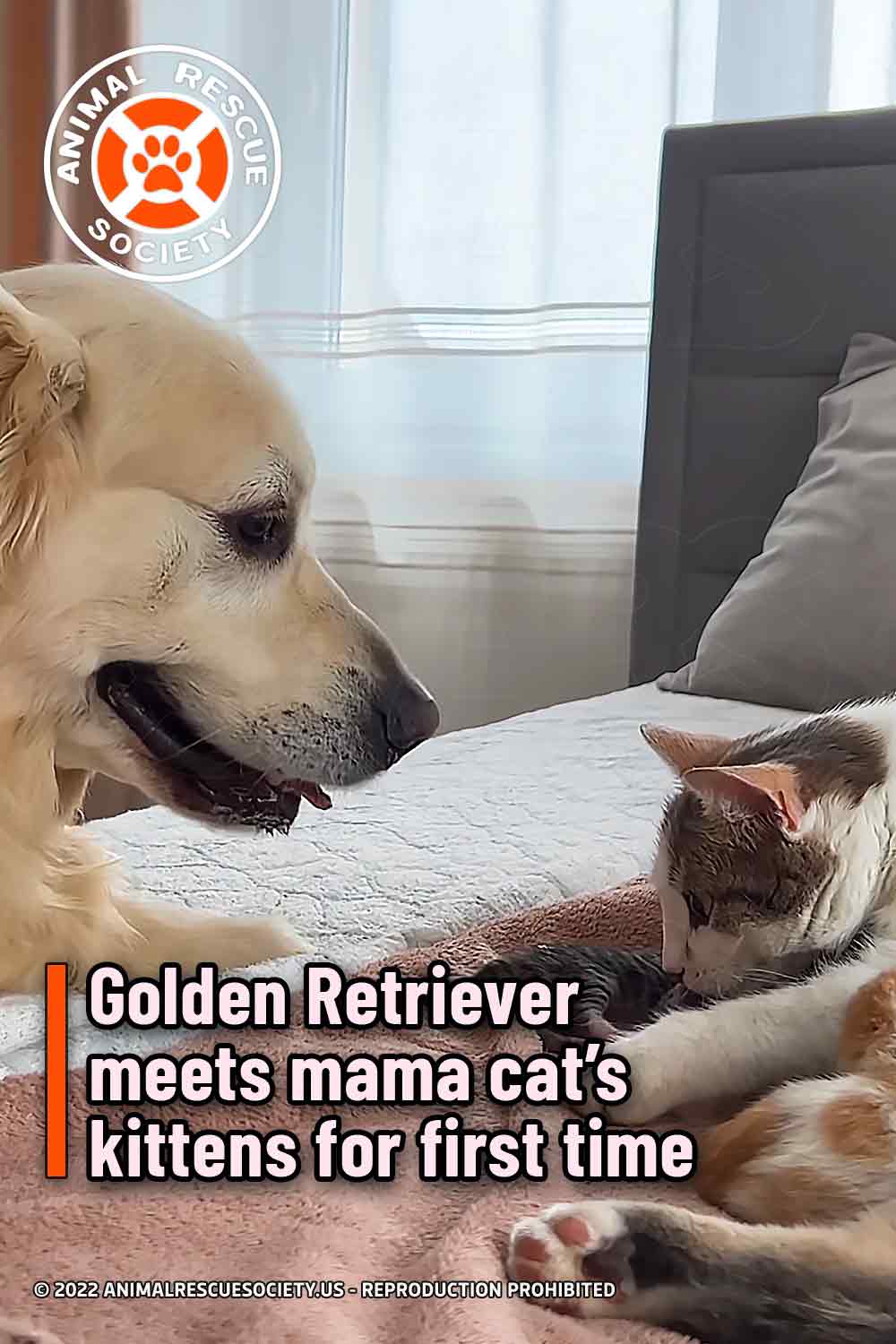