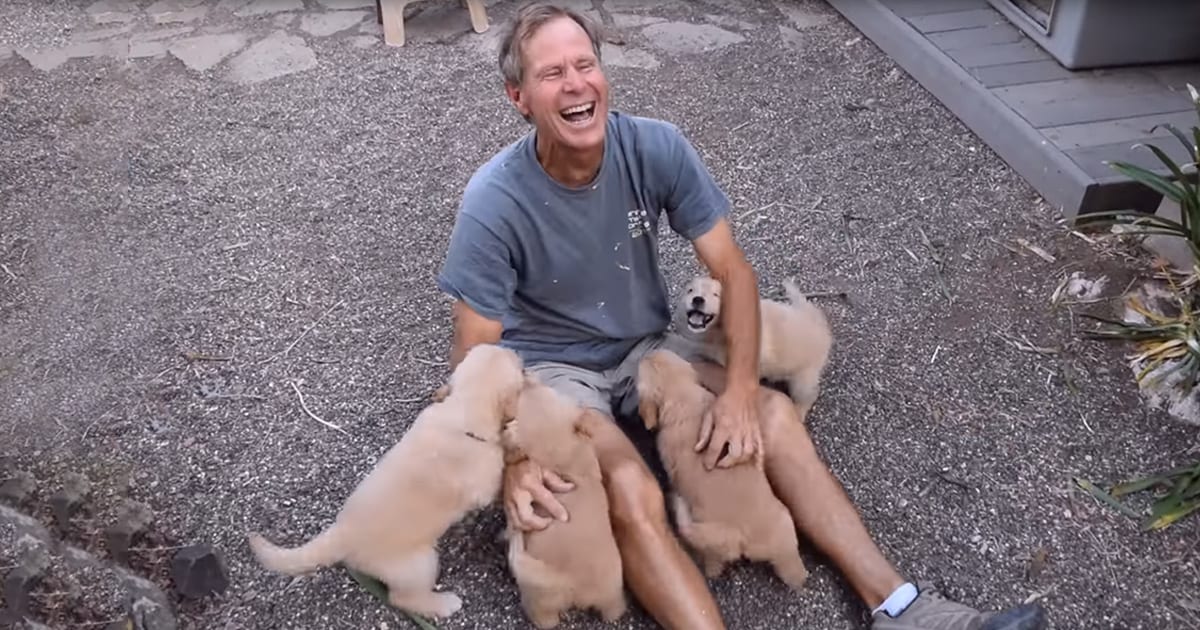 A California man is still recovering from laughter after being swarmed by a mob of feisty golden retriever puppies in a veritable Running of the Pups. The 11 puppies, which he and his wife breed in San Luis Obispo, just couldn’t wait to see him and immediately knocked the man over in their excitement.

The dogs were at home at Edna Valley Golden Retrievers when the owner approached, yelling “Puppies! Puppies! Puppies!” As soon as his wife opened the gate, the pups came charging out, immediately knocking the man onto his back and covering him in slobbery kisses.

The man can’t stop laughing as he falls onto his back and covers his face. The affectionate pups crawl and jump all over his chest, legs and face. “You guys are crazy! You’re out of control!” he laughs before telling his wife, “That is a serious puppy attack.”

Task complete, the pups then wander off to explore the kennel, the porch, and the yard while the man rights himself. They are among the litters at Edna Valley Golden Retrievers, which breeds and competes with the dogs, which they say come from champion bloodlines. 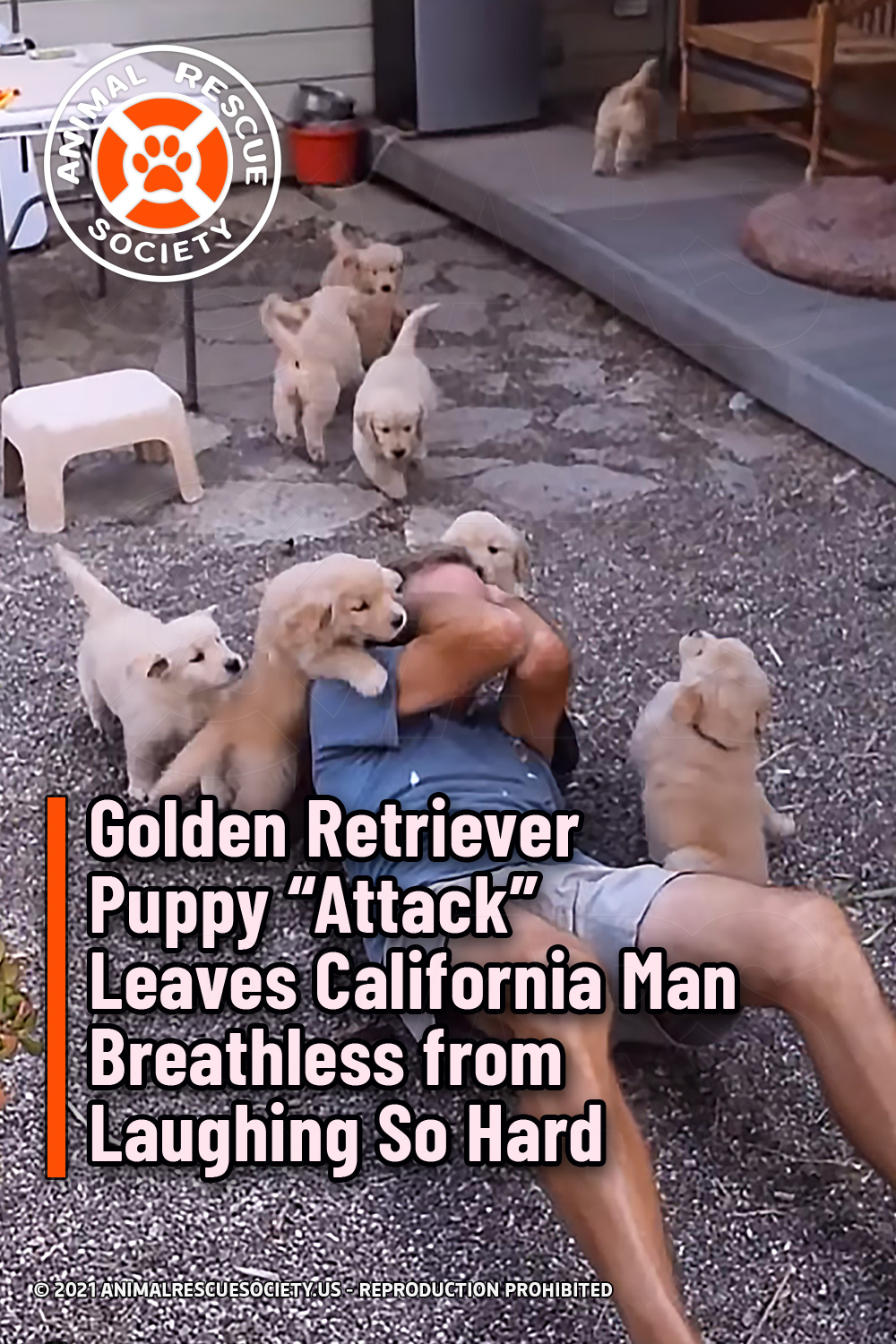