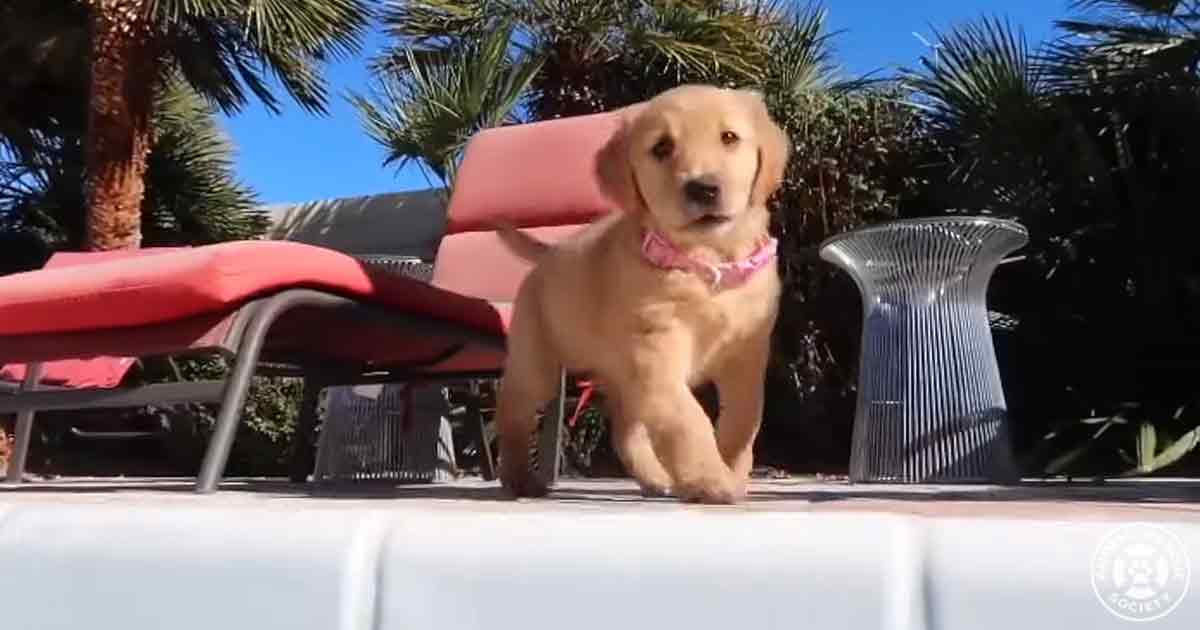 On a hot summer day, there is no better place to be than a pool. And when this Golden Retriever puppy saw their parent in the water, they immediately wanted to jump in and join them.

In addition to being friendly dogs, Golden Retrievers are known for their love of water. This is because they were bred to help people retrieve waterfowl from bodies of water.

This little one had no hunting instincts driving them into the water. But they were just as eager to jump in. While some pups might have needed encouragement, this pup leaped – or fell – into the water.

Whether that first adventure into the pool was on purpose or not, this puppy quickly realized how fun the water could be. Seconds after they were back on the stairs, they swam back into the water.

This time, their descent seemed a lot more purposeful, but it was just as cute. Their German Shepherd sibling, on the other hand, wanted nothing to do with the water.

That did not seem to bother the puppy. All the Golden Retriever cared about was being with their parent. Again and again, they climbed back into the pool and swam in an orbit around their parent.

For a first-time swimmer, this Golden Retriever was a pro. What started as an accidental flop into the pool turned into a joyful day of swimming and memories for the pup and their fur parent. 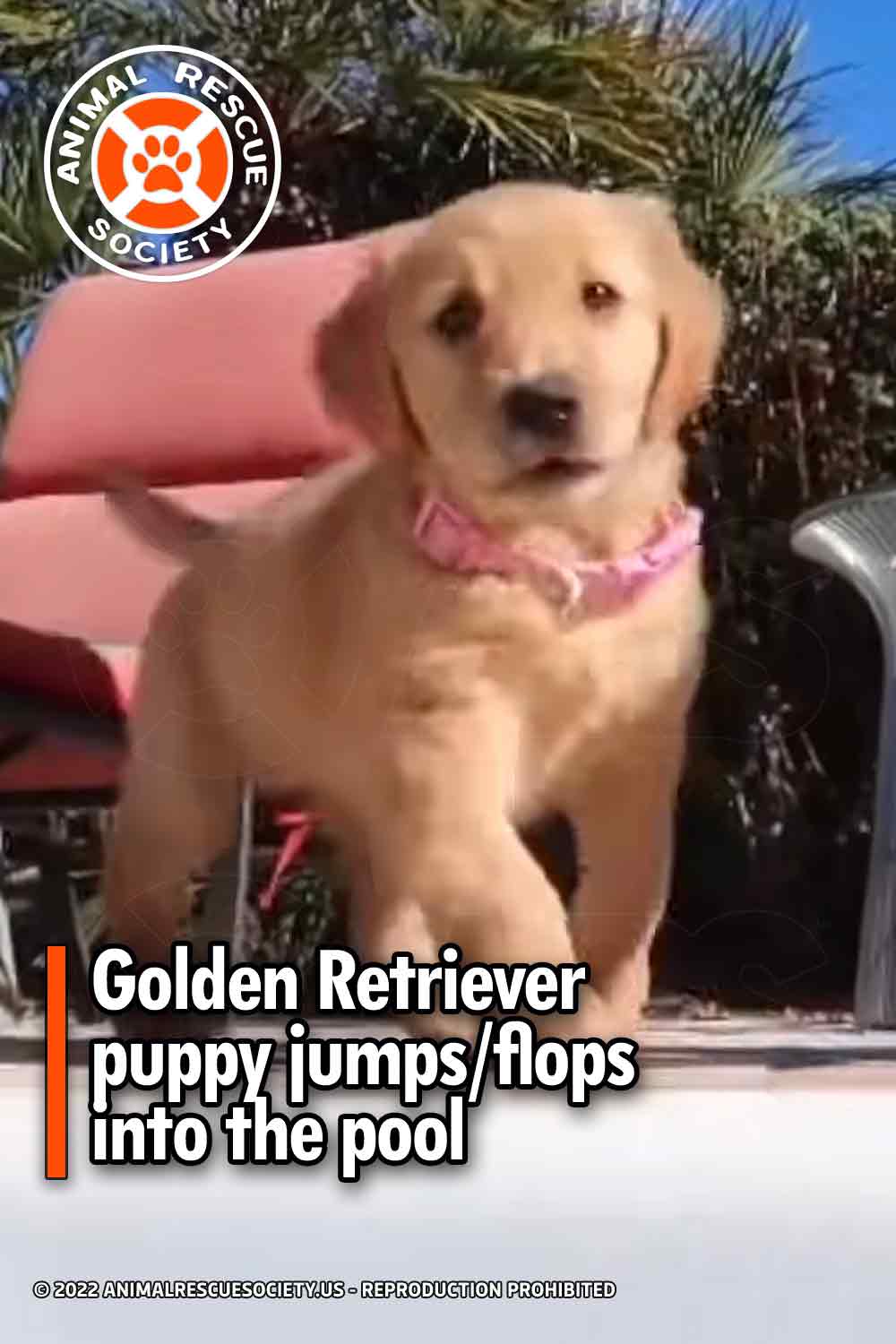