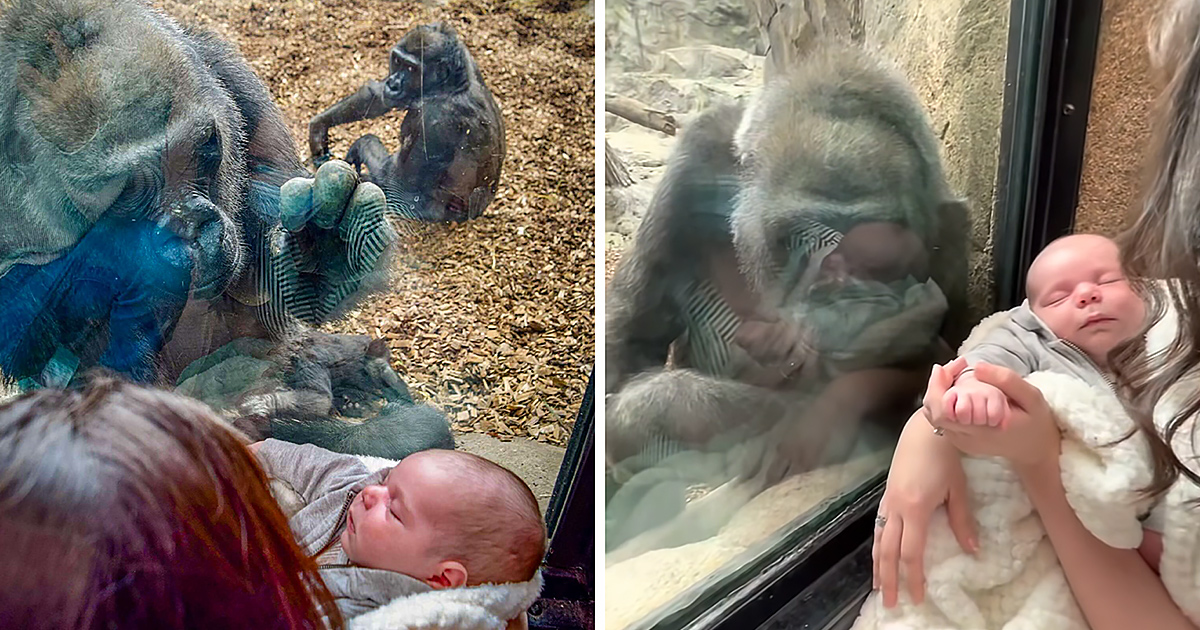 When Emmelina and her husband Michael visited the zoo with their one-month-old son, Canyon, they had no idea they’d make a personal connection with one of the animals.

The family visited the Franklin Park Zoo in Boston and trekked to the primate area of the zoo. There, they went to the glass enclosure of the endangered Western Lowland Gorillas.

Emmelina, carrying her infant in her arms, spotted a gorilla mother. It was KiKi, one of the zoo’s most popular figures, and her seven-month-old son, Pablo.

Almost instinctually, both mothers reach the glass with their babies. The two women stood there for several minutes looking at each other and their children.

KiKi held up Pablo to see Emmelina and Canyon. The mother gorilla placed her hand on the glass several times and appeared to make signs with the hands, trying to communicate.

Though her baby is sleeping, Emmelina lifts Canyon’s hand to the glass so that KiKi place her hand to meet his. It was a very special moment for both mothers as they bonded over motherhood and the wonders of a new baby.

Emmelina’s husband, Michael, recorded the interaction on his iPhone. He and his wife had tears in their eyes by the end of the experience. When they left the house that day, they had no idea they’d have such a memorable moment. 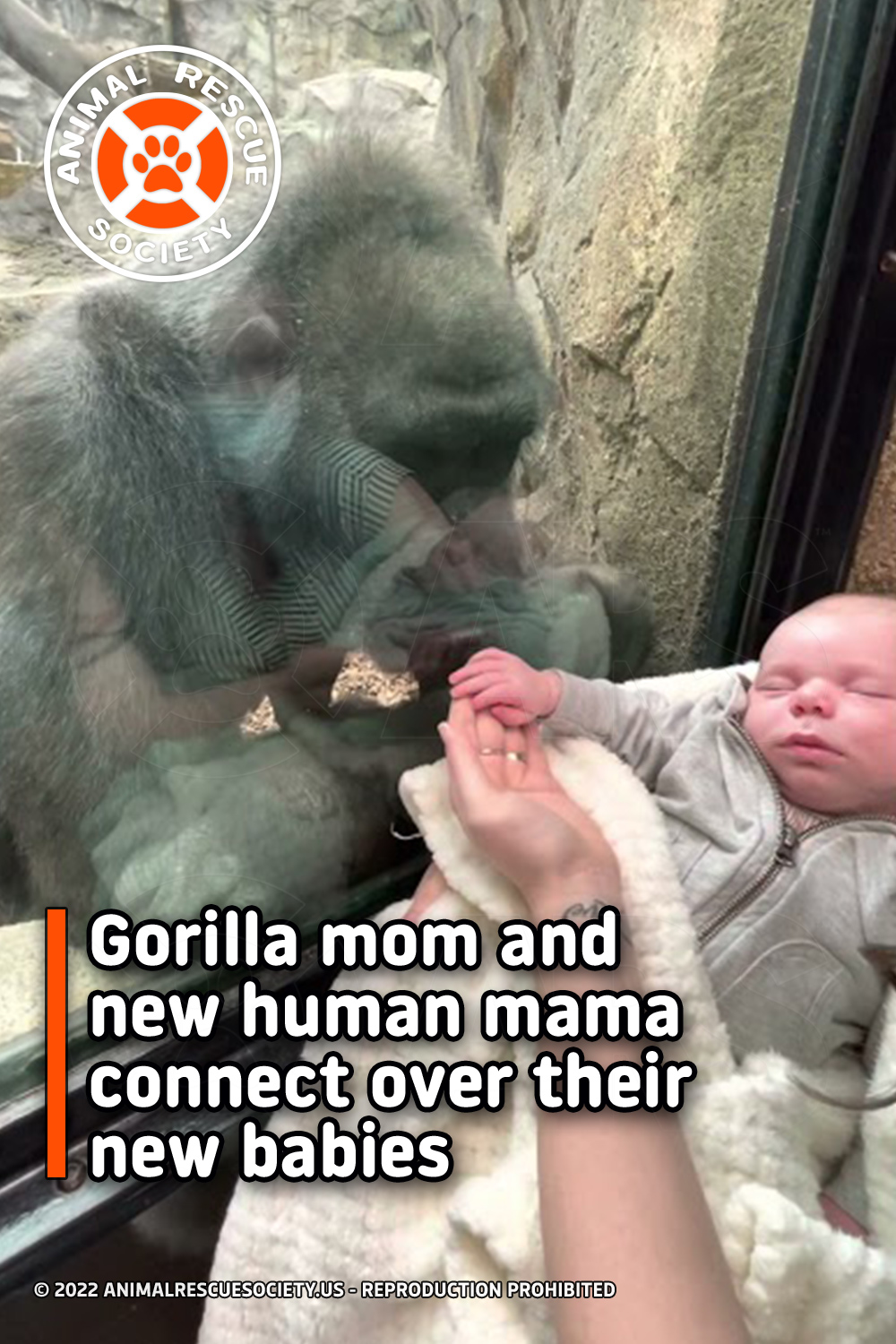