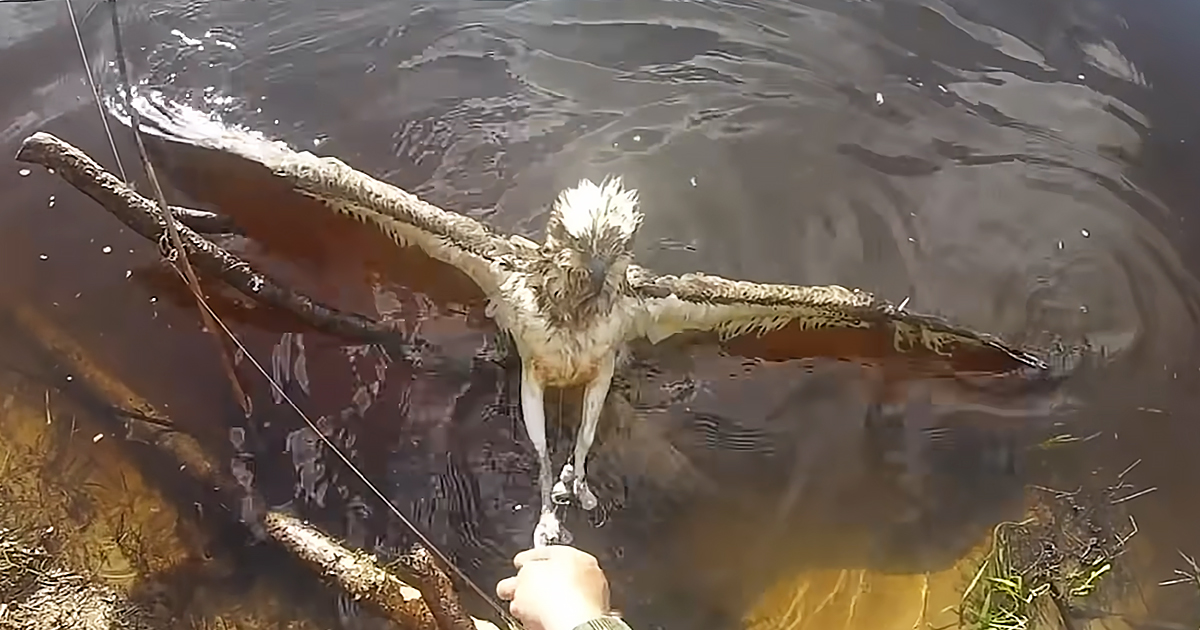 A hawk was caught in a fishing line, and luckily a man spotted the trapped creature. The hawk was by the shore with part of his body under the water.

When the man approached, the hawk grew nervous. Wild animals are incredibly anxious near people when they are trapped. But the hawk couldn’t get away, and he stared at the man.

It was a clear and sunny day. The clouds were seen on the reflection of the water, and the hawk’s bright yellow eyes were wide open as he carefully watched the stranger.

The man brought out a knife and started to carefully cut out the line that wrapped around the bird. He moved cautiously because the hawk was undoubtedly frightened.

The hawk’s legs and talons were tied together by the fishing line. It wasn’t difficult to cut through. If the hawk made any sudden motions, the man could cut him.

After a while, the hawk calmed down, and he seemed to understand that the man was there to help him. His yellow eyes never moved away from the man, but he stopped moving.

Once all the knots were removed entirely, the man put the hawk on the shore, and the bird instantly got up and flew back to freedom. 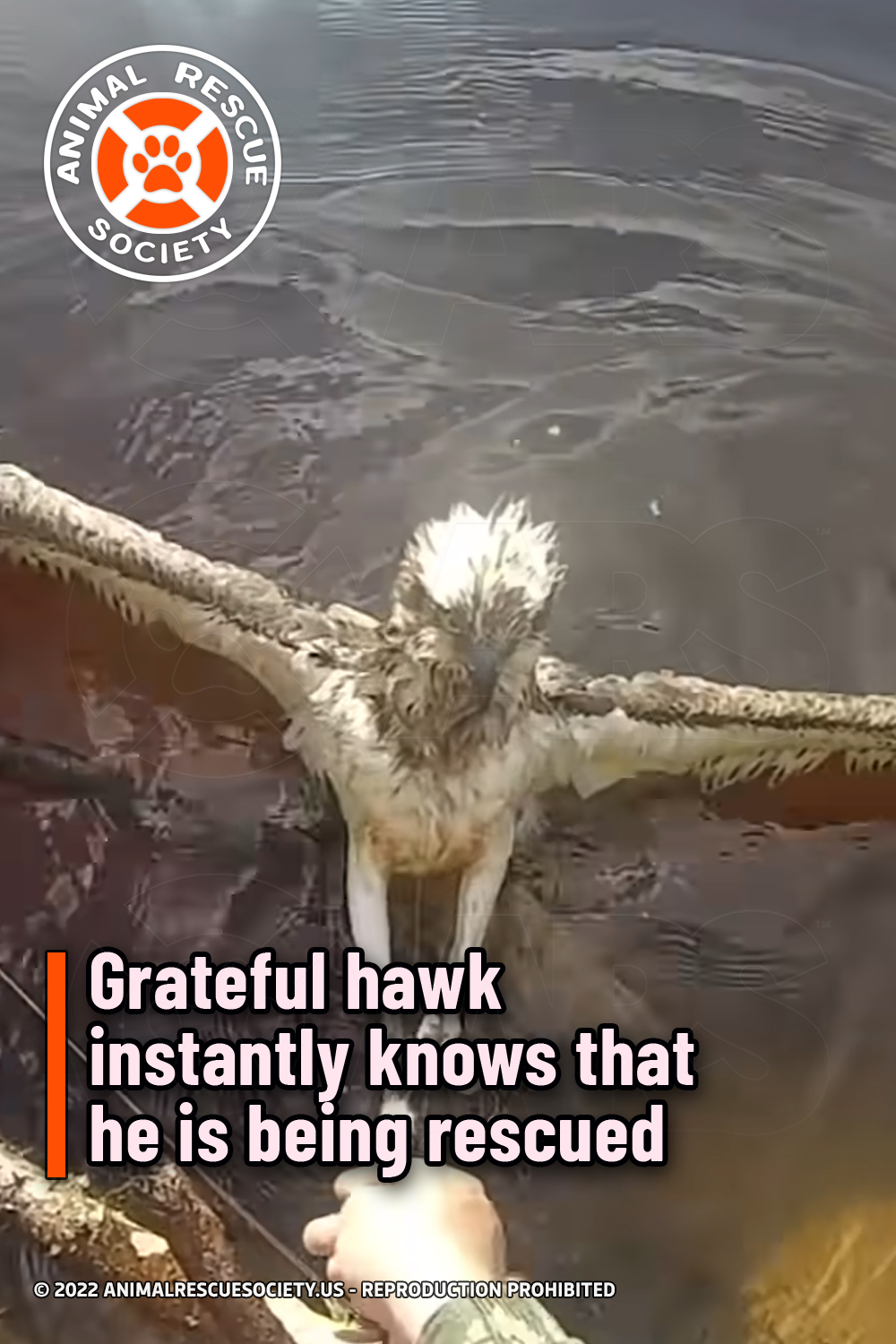