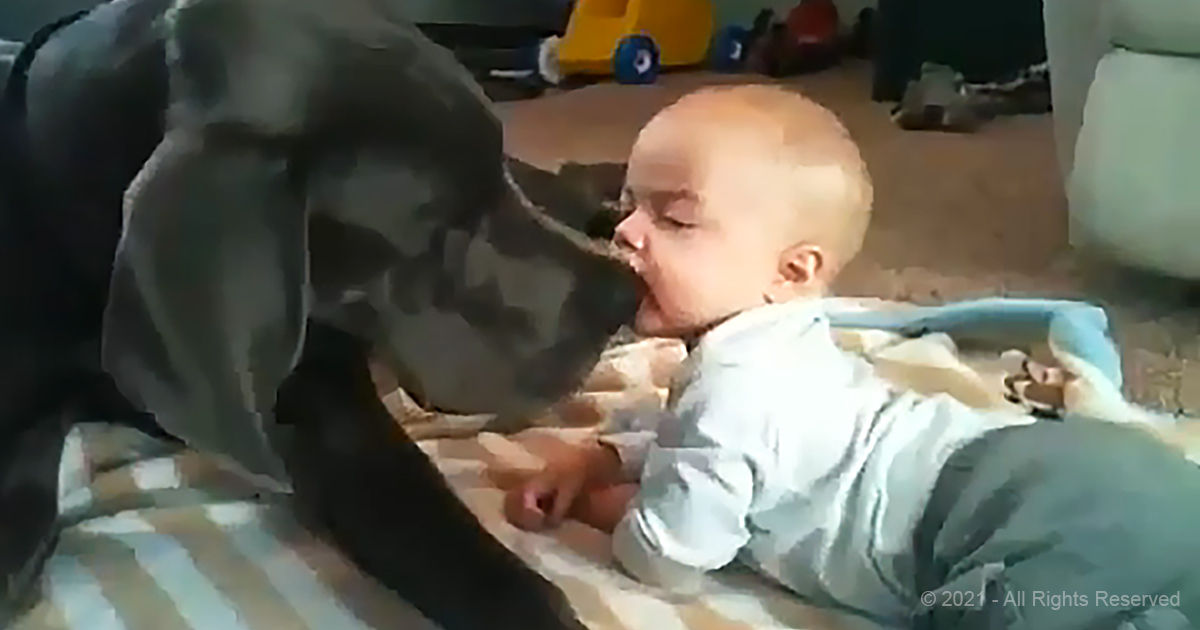 Great Danes are known for having great hearts, and you can see it in the way Scooby interacts with baby Cade in this video.

Here we’ve got another candidate for “Gentle Giant of The Year.” A Great Dane named Scooby snuggles up to a tiny baby named Cade, and the look in Scooby’s eyes says it all.

You can see the dog holding back a little of his enormous energy, but he almost can’t help himself. The simple act of leaning on Cade knocks him over, and she pops back up for more kisses.

Scooby manages to keep his “kisses” down to “nips” so that Cade. The crowning moment of cuteness is when Scooby pushes his long snout between the baby’s arms as if to say “Prolly safer you hug me than I hug you.”

It’s not unusual for Great Dane’s to handle themselves well with children this small. The breed is known for being gentle and sweet despite its imposing size. 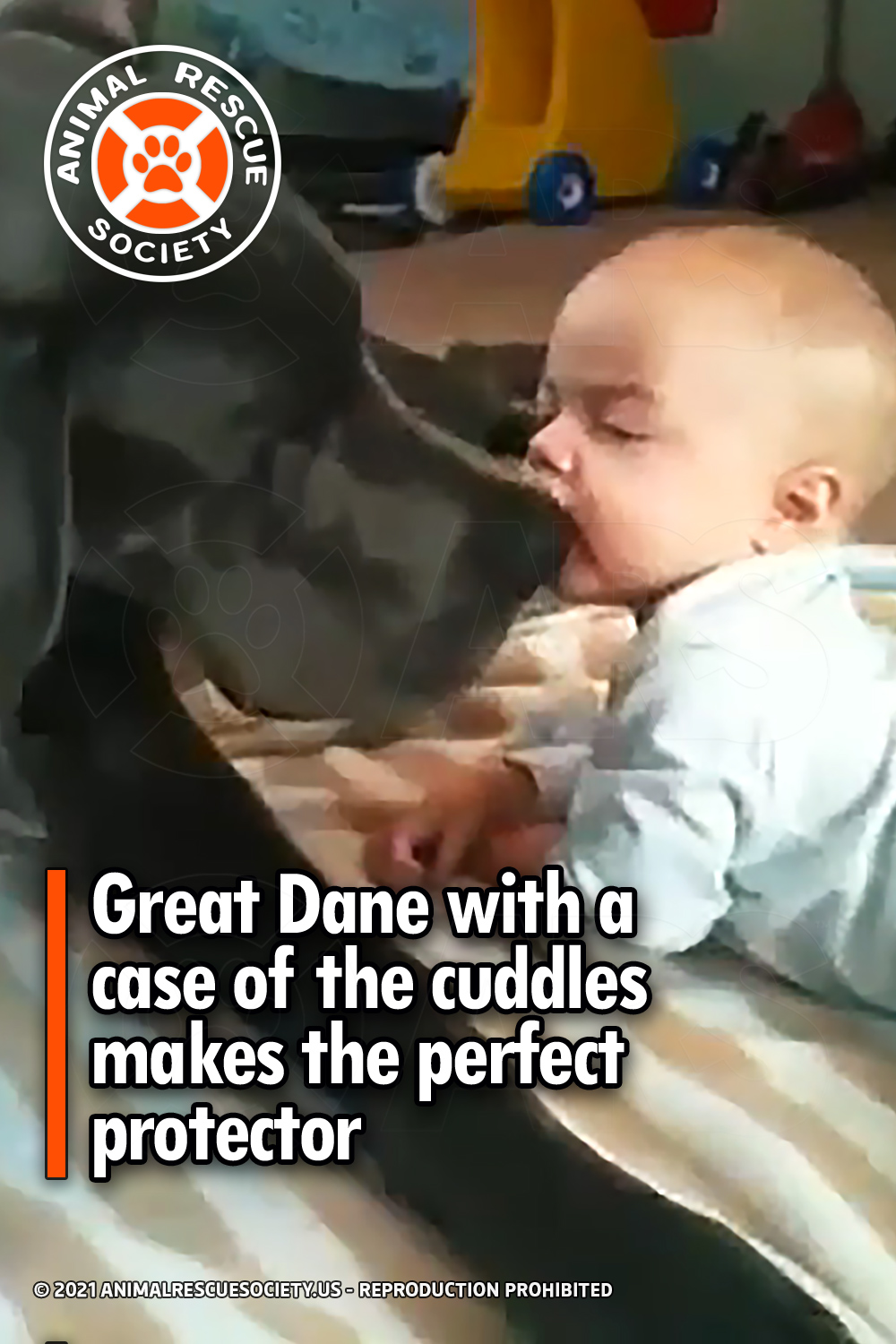