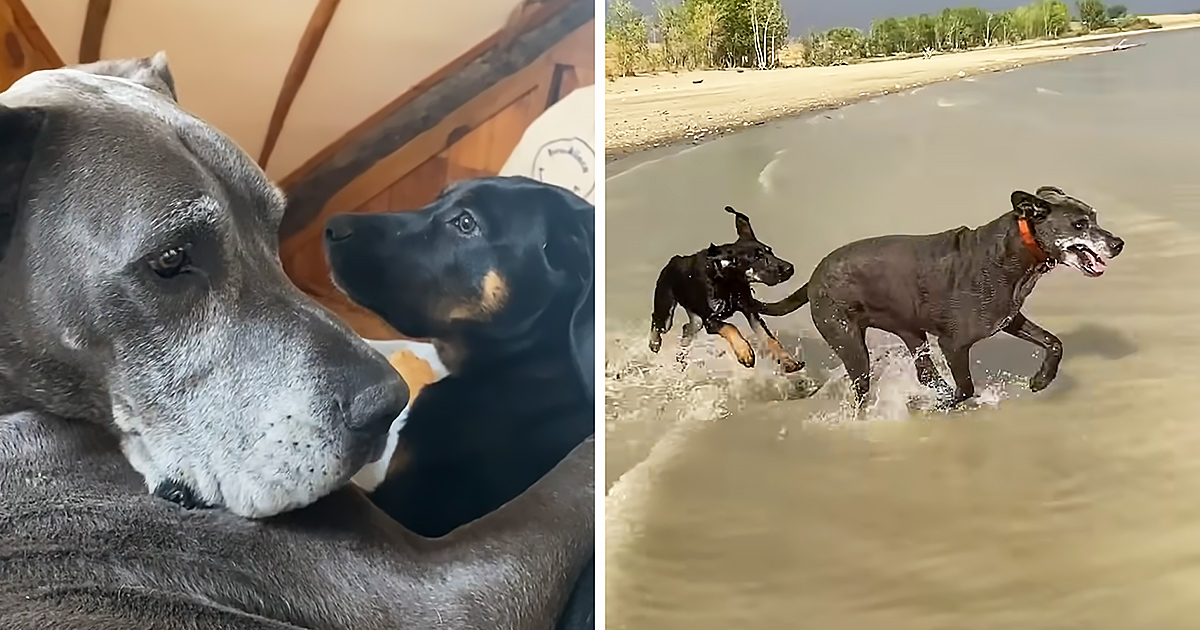 When Mona decided to foster puppies who would soon be up for adoption, she thought it was a fantastic idea. She loves dogs, so what could be better than having a house full of puppies?

However, her Great Dane, Bu, didn’t share his mom’s opinion of puppies. He’s been with Mona for a long time, so when tiny furballs invaded his house, he wasn’t exactly happy.

Mona remembers Bu turning “into an old man” when the puppies arrived. He seemed unimpressed by their antics and acted like he was irritated that they were always underfoot.

Then Mona fostered three Beagle puppies and fell in love with the breed. However, she knew she needed to get Bu on board to have a happy home.

Mona took Bu with her to meet a dog she’d seen online. She asked the foster parents if she could take both dogs for a drive to see what happened.

After cruising for a while, Mona realized the dog had climbed on top of Bu in the back seat. The puppy was sitting on the Great Dane so he could get a better view out of the window. When Mona saw that, she knew everything would work out.

She brought Dizzy home. Over the next few months, Bu and Dizzy began spending more time together. Mona would catch them snuggling during rest times. Then the dogs started playing together nonstop. Of course, they are now inseparable. This old dog just needed to meet the right pup to fall in love. 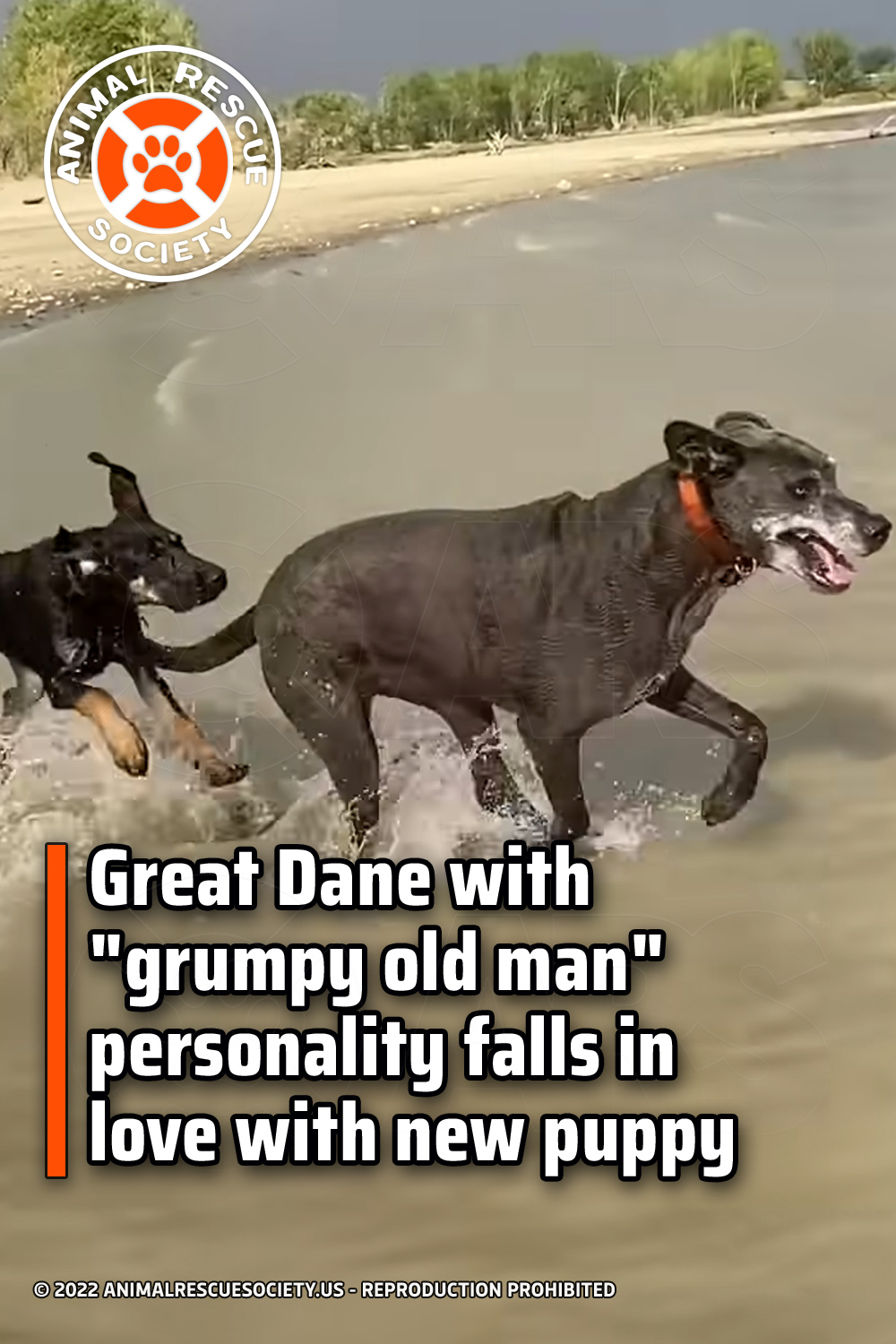