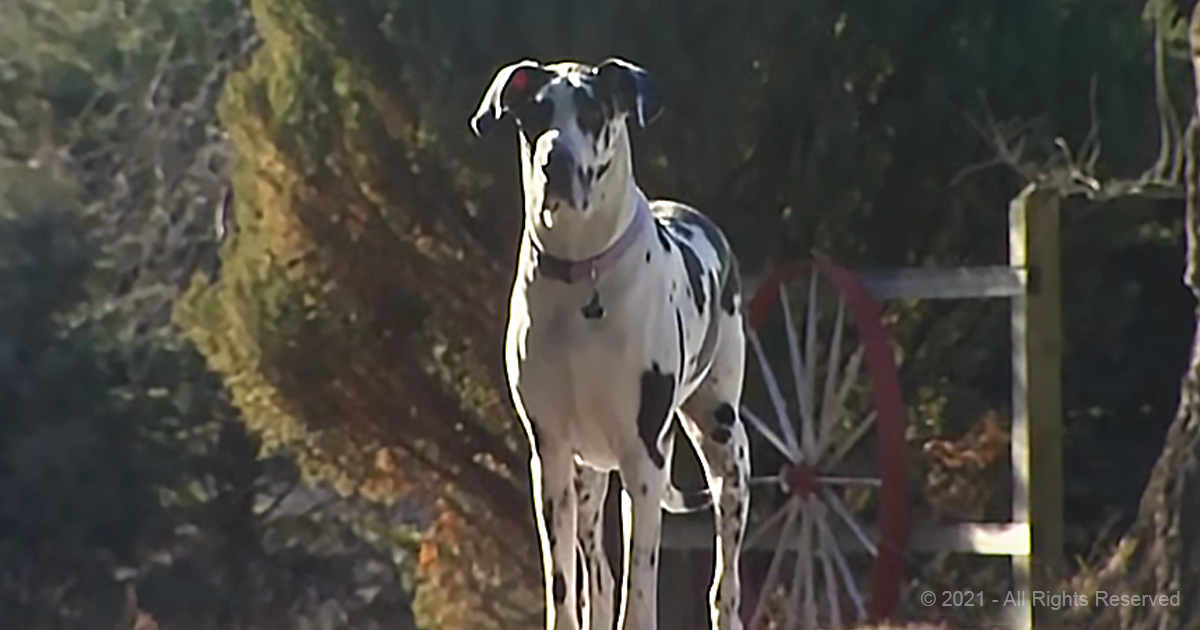 Humans and dogs process the world around them in totally different ways.  For humans, sight is usually the most important of the senses, but with dogs, the most important sense is the smell.  While humans have about six million olfactory receptors in our noses, dogs have an astounding 300 million.

Then, dogs’ hearing is another “super sense” that is far superior to that of humans.  Dogs have eighteen muscles in their ears, allowing them to swivel in the direction of any sound.  As far as distance, dogs can hear ten times better than humans.  For example, a sound you might just be able to hear from 20 yards away, a dog can hear from 200 yards away.

On St. Patrick’s Day in Sparta, Michigan, Rob Jerry decided to take his dog Sadie out for a walk.  Sadie is a harlequin Great Dane – black and white spots like a cow.  These giant dogs can get up to 32” tall at the shoulder and she weighs 175 pounds!

When they headed outside, Rob instantly noticed that Sadie was acting oddly.  She was usually very good about coming when he called her, but today she just stood in the driveway as if she were frozen in place.  Despite Rob’s calls, Sadie refused to move. Instead, she stood staring down the driveway towards one of the neighbors’ houses.

Realizing she was trying to tell him something, Jerry stood still and listened.  He heard something faint in the distance.  At first, he thought it sounded like a deer grunting, but when the sound continued, he knew it was something else.  What he was hearing was a human yelling for help.

Jerry looked around and finally saw his eighty-nine-year-old neighbor, Albert Larson, lying helplessly in his driveway. He had fallen while going to the newspaper on that cold morning.  He tried dragging himself up the driveway, but he quickly tired because of the pain, the cold weather, and the length of the driveway.  He had lain there helplessly for at least an hour, with his clothes freezing to the ground.

Thanks to Sadie, Rob was able to get Albert the help he desperately had been calling for.  He has recovered well, and his ninety-year-old wife said that she couldn’t imagine her life without Albert.

Because of Sadie and Rob, Albert and his wife were able to celebrate a milestone recently – their 69th wedding anniversary.  He definitely owes Sadie a big dog bone after her help! 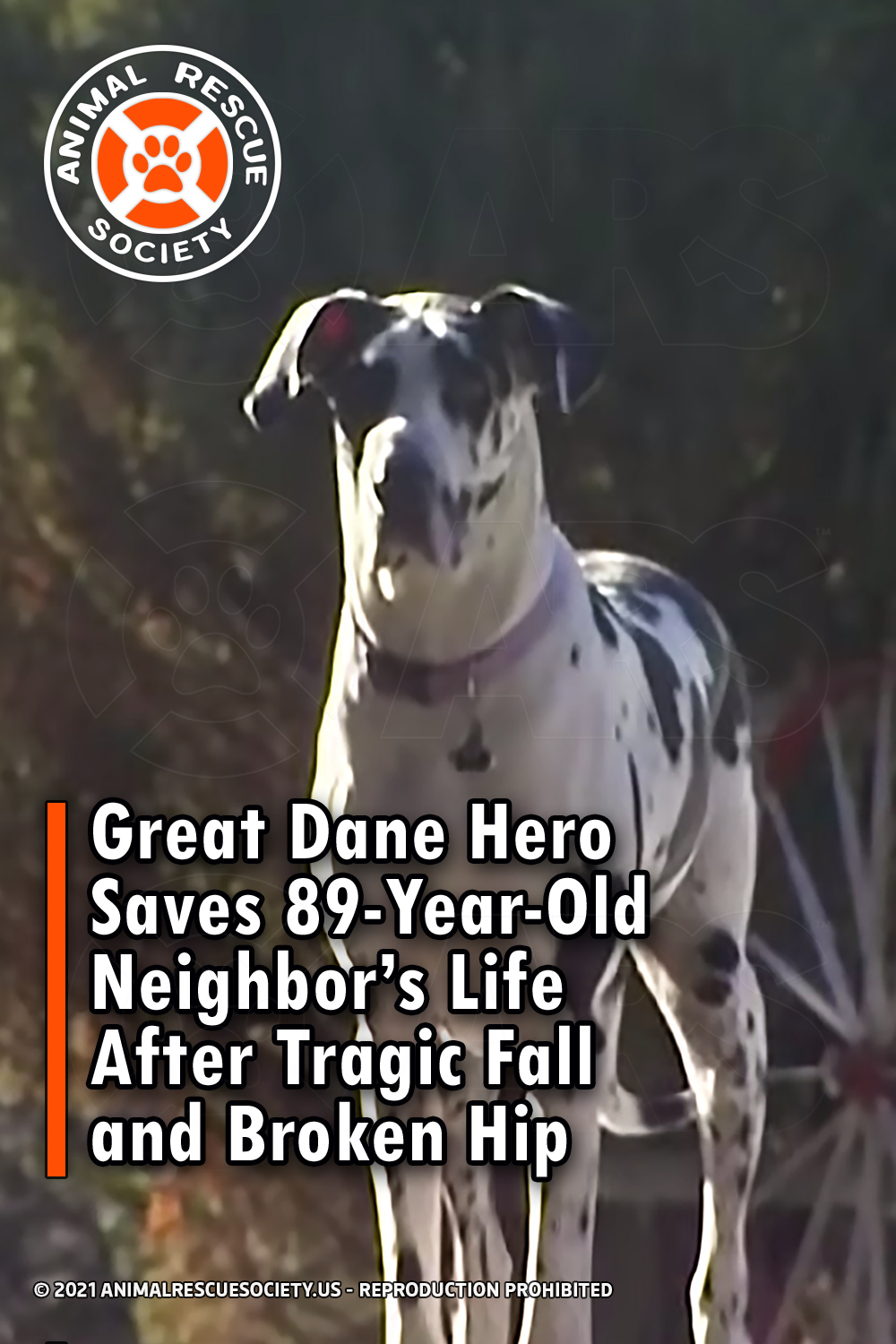