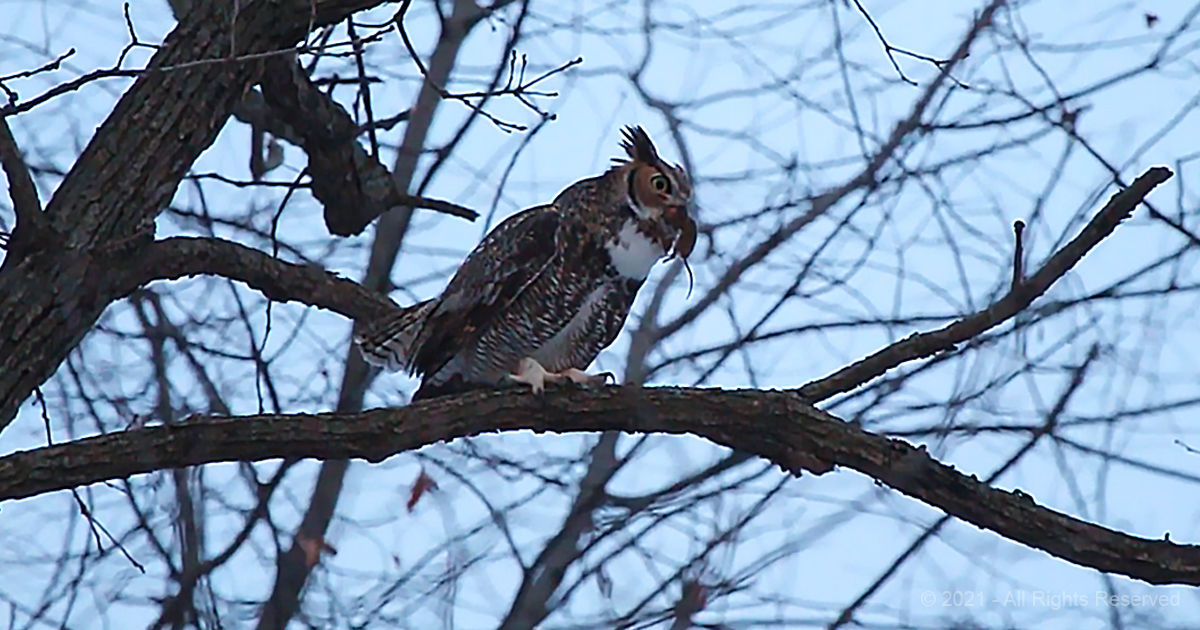 A bird watcher recently got footage of a Great Horned Owl sitting in a tree in the forest. The majestic bird had recently caught a rodent in its beak and began hooting about his successful hunt to his mate nearby. The hooting sound is muffled and slightly higher because his mouth is full.

The Great Horned Owl is a true owl species native to the Americas. They are known for their large size and tiger-striped coloring that camouflages them in the forests of the US. Because of their stripes, sometimes they are called the “tiger of the air.” They are the second-heaviest owl in North America.

This particular owl is a male of the species. He has just spent his morning hunting and was able to successfully nab a rodent for breakfast. Flush with triumph, he hoots to his mate through a mouth full of breakfast. You can see his distinctive tiger stripes as he ruffles his feathers. 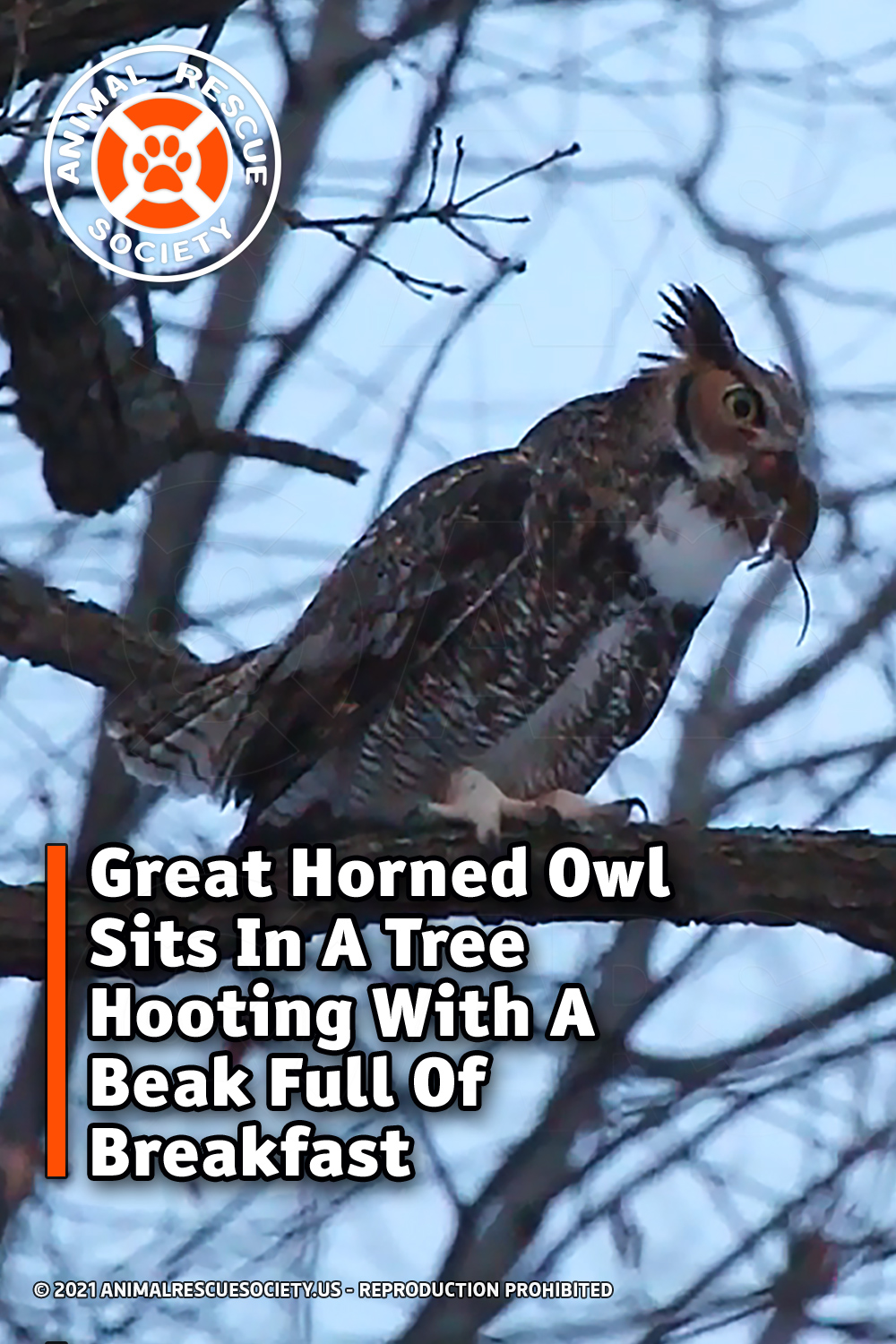