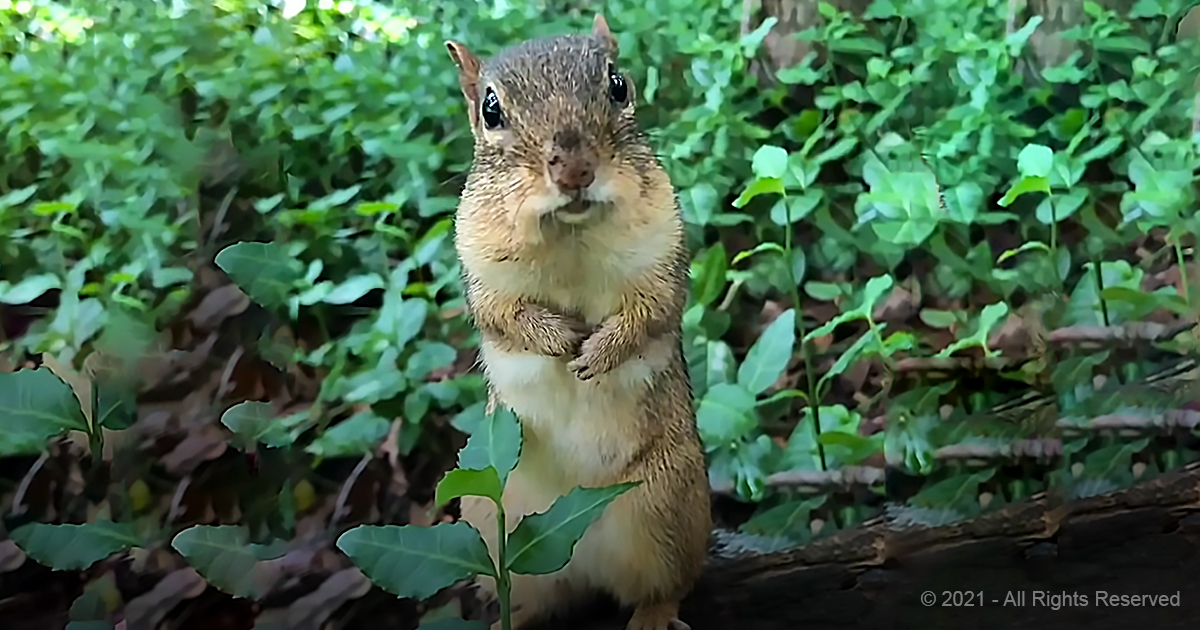 You can tell how much the man enjoys the chipmunks by how he named them and talks to them like children.

A man saw a chipmunk when he came to eat at his bird feeder. He spent hours playing with him because he was so cute.

He named the chipmunk Stinky and took videos of him eating nuts. He says the chipmunk knows his name and enjoys interacting with him daily.

Before long, he was feeding fourteen chipmunks on his property. Each chipmunk has its own personality and its own name. He protects them from predators.

In the winter, he brings 2,000 nuts for each chipmunk, so they don’t have to travel so far from home to collect nuts for hibernation.

He calls his time with the chipmunks “the greatest journey of my life”. He’s a wonderful human being that he could allow these little creatures to change him so much as a person. Bless him for collecting almost 30,000 acorns every autumn. 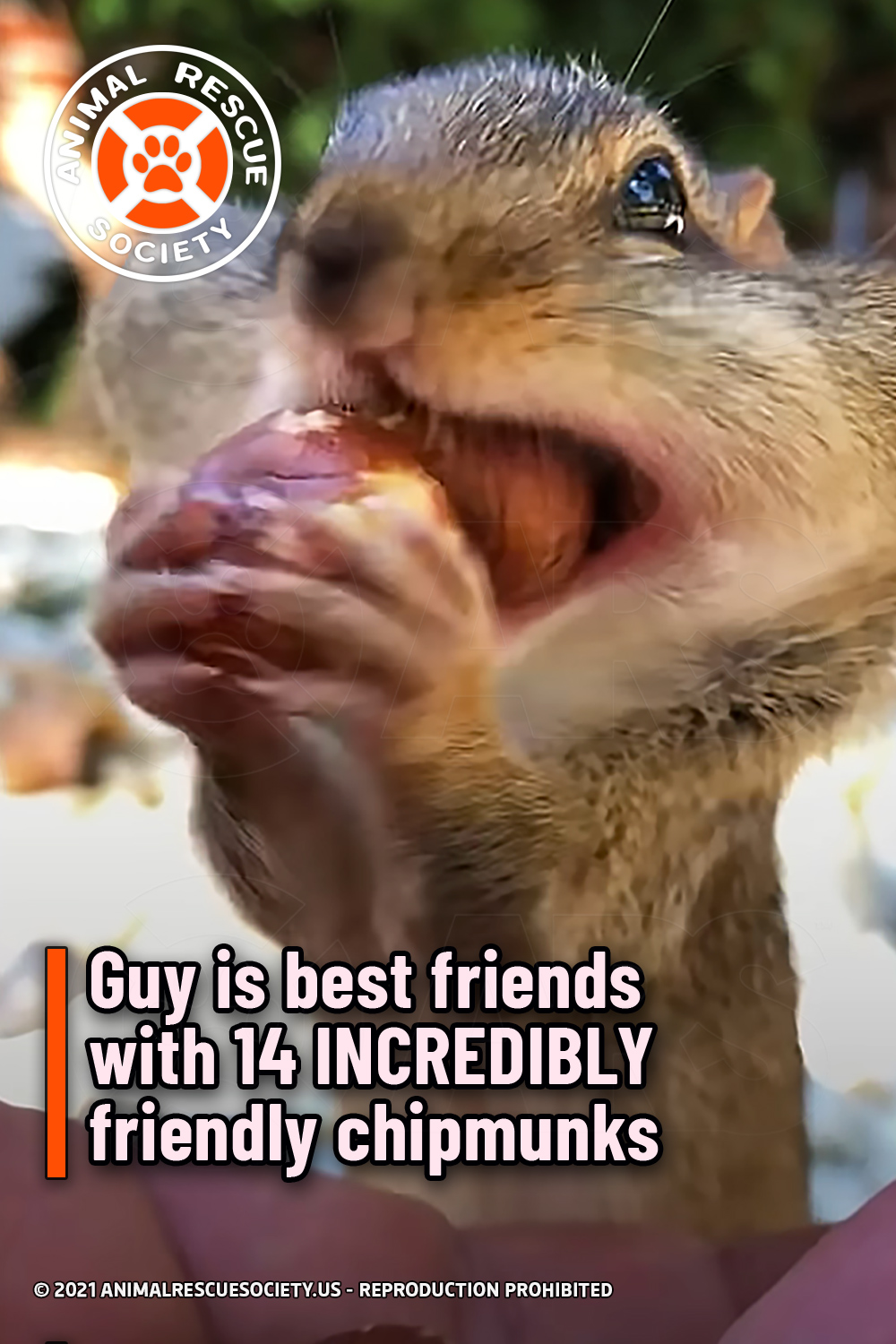