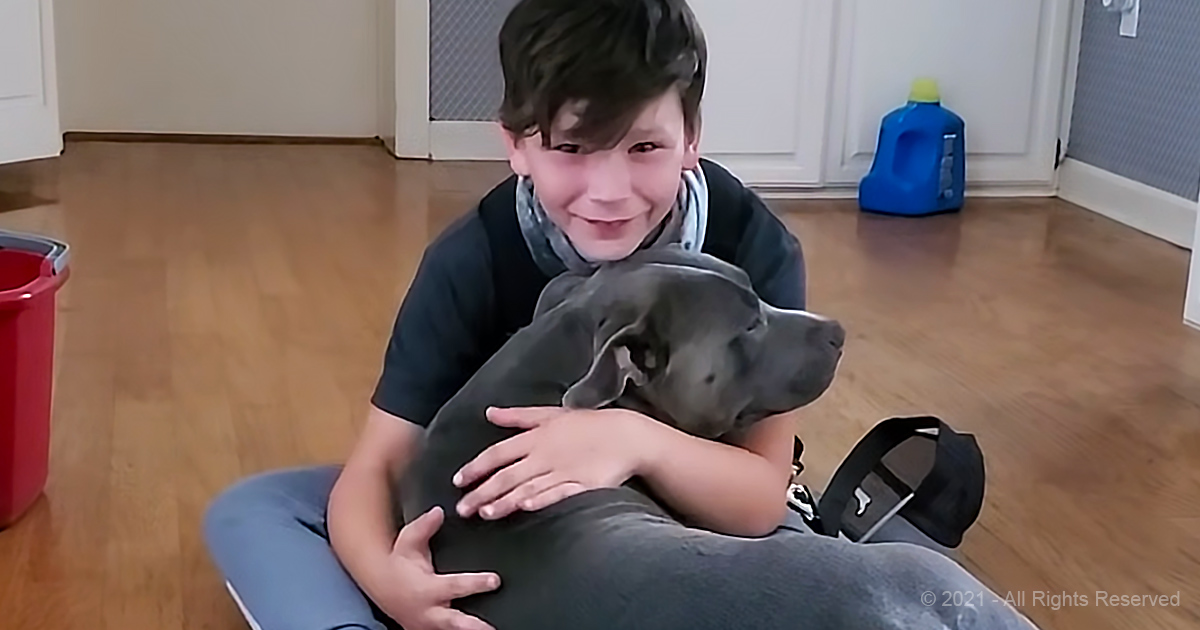 Heartwarming moment as the lost dog is reunited with boy.

When their gray Pit Bull had disappeared while chasing a rabbit, Bandy’s family and especially their 10-year-old son Tyler were crushed.

For two months they did everything to find him. They distributed flyers, made appeals on social media, and even left their clothes in their neighborhood to help their dog return, but in vain.

When they began losing hope of ever finding their dog, a miracle happened. Someone had found their dog wandering and delivered him to the animal services. The authorities called the family and told them the good news.

The family brought home their dog without telling anything their son anything and decided to surprise him.

When their son returned home from school, he saw his missing dog waiting for him inside. The dog ran to his arms and the little boy broke down in tears.