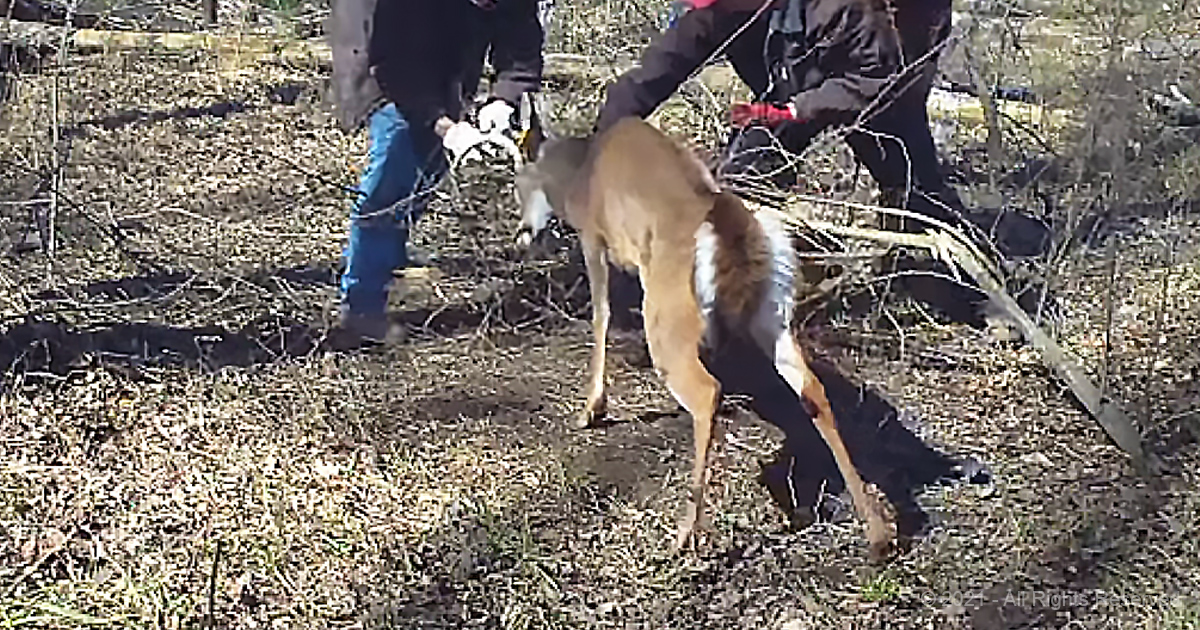 Hunters are also conservationists who work to preserve the best animals of a herd. They try to help deer if they get injured.

Male deer can get their antlers tangled in fences, brush, or during conflicts with another male deer. The results can be catastrophic for the deer.

The hunters are also conservationists and try to save any trapped or injured deer. They use cutters and gloves to stay safe while handling it.

The rescue effort is dangerous work. It takes three men to hold the deer, cut away the branches and brush, and safely free its antlers.

Although one of its antlers was broken, the male deer will shed them in another couple of weeks, and a new set will grow back.

If the hunters had not rescued the frightened deer, it would have starved to death. The hunters saved its life even though one antler broke. 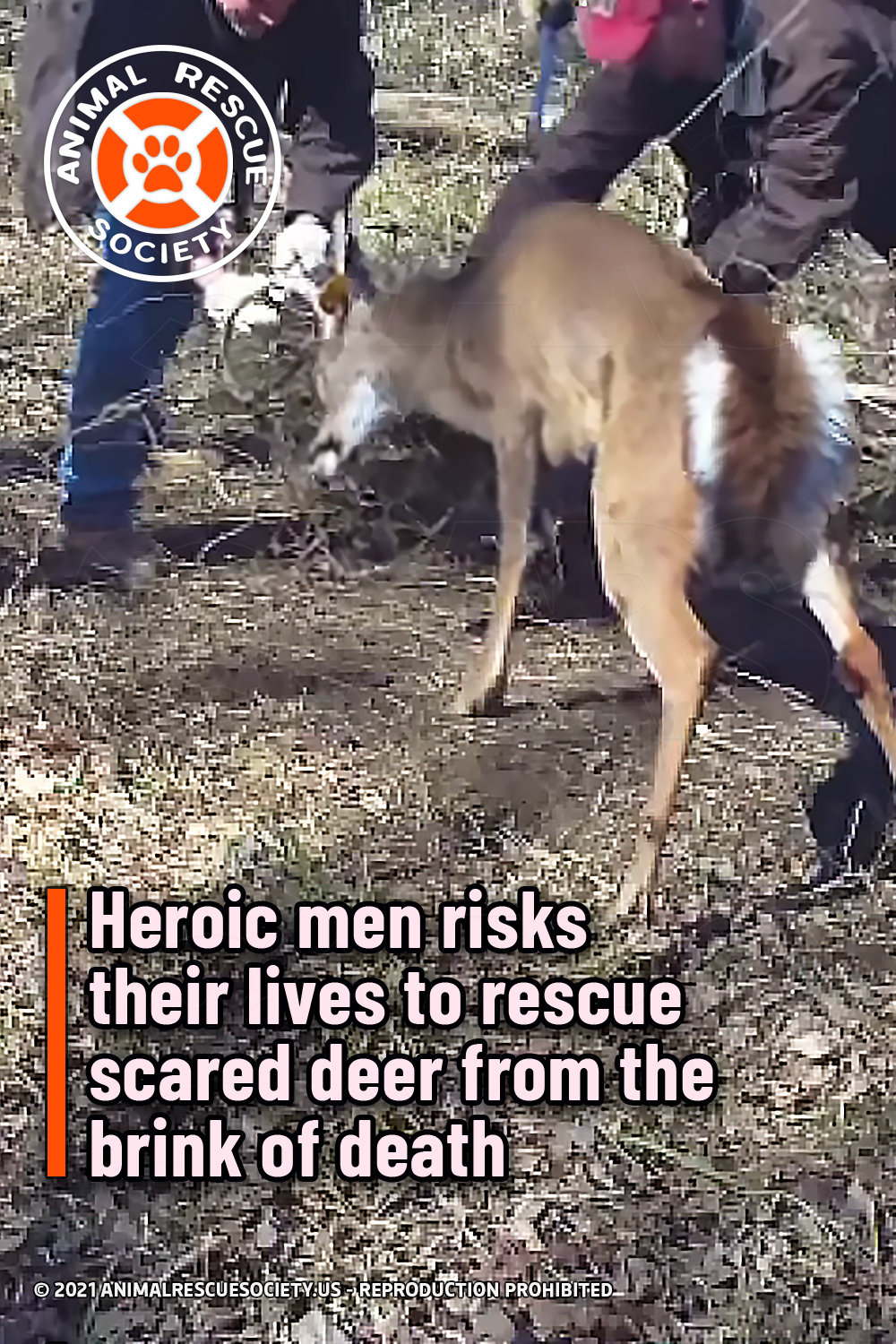