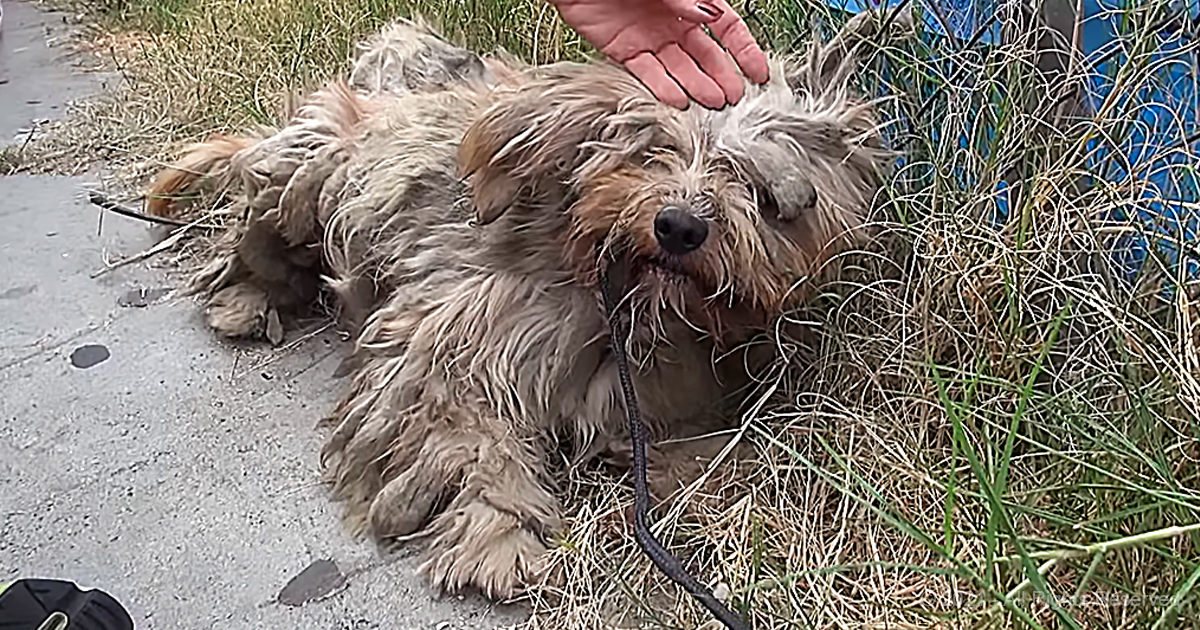 Everyone’s favorite rescue organization, Hope For Paws, is back with a very heart-touching rescue. They have saved many dogs over the years, and I am really glad they are still so devoted to the cause. This beautiful rescue story featured below will no doubt leave you in tears.

Meet Benji. This poor pooch had been living on the streets his whole life. His life of neglect had made him wary of human contact. He wouldn’t let anybody come close to him, but thankfully, the Hope For Paws team managed to capture him and take him to safety.

It took quite some time to catch Benji, and when they did, he fought pretty hard. He had never known a human touch before. Benji seemed a bit aggressive and nervous at first. When they got him calmed down and got a leash on him, the rescuer said his fur was the worst matting he’d ever seen.

Poor Benji couldn’t even really see because of the matted hair over his eyes. When they got him to the vet, they shaved him, and he laid there calmly while they did it, seeming to sense they were helping him. He was covered in fleas.

It took days for the poor guy to be himself again, but with the help of two other furry friends, he started to come out of his shell and show his true personality. This amazing team never lost hope and didn’t give up on him. Wait till you see his wonderful transformation! 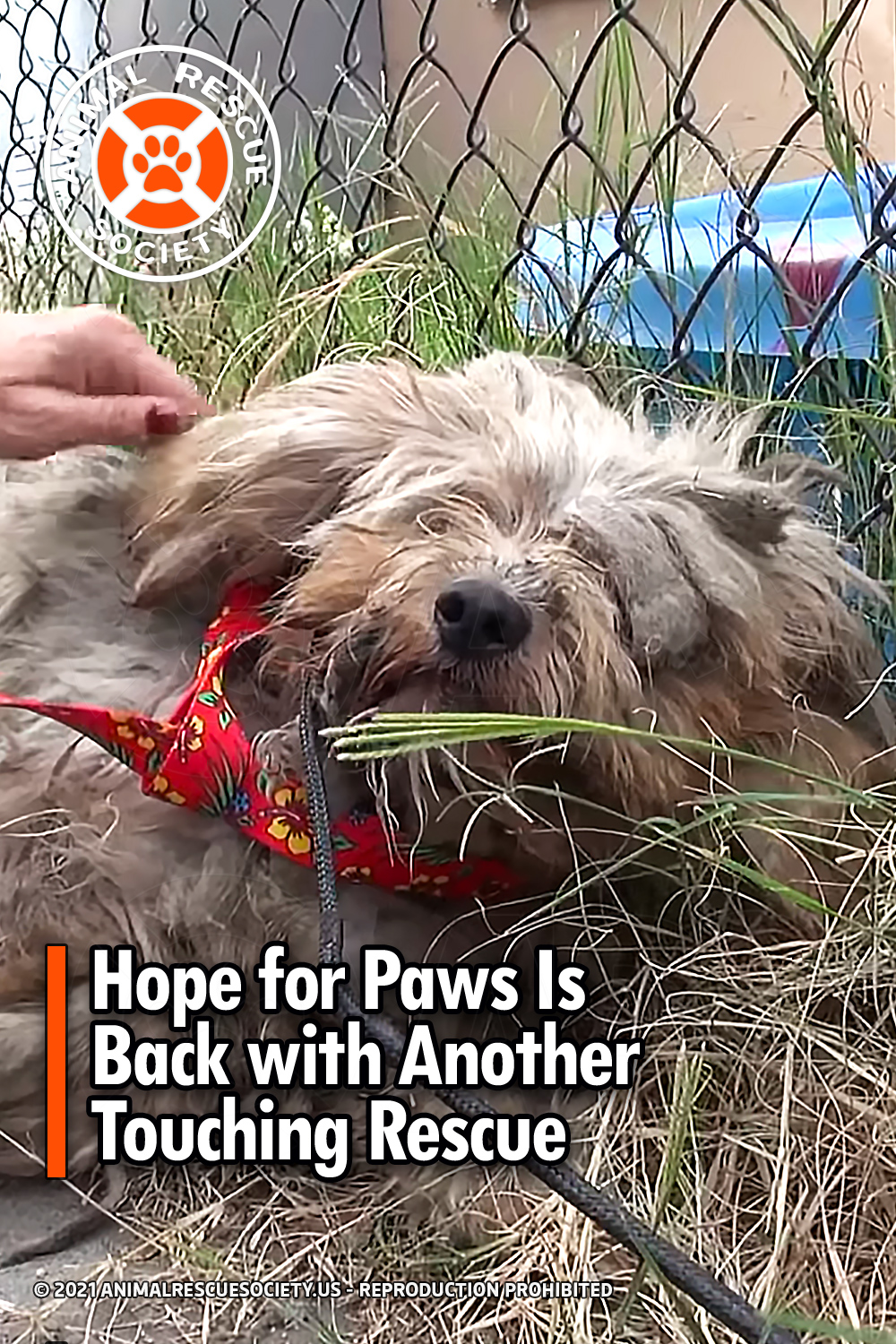