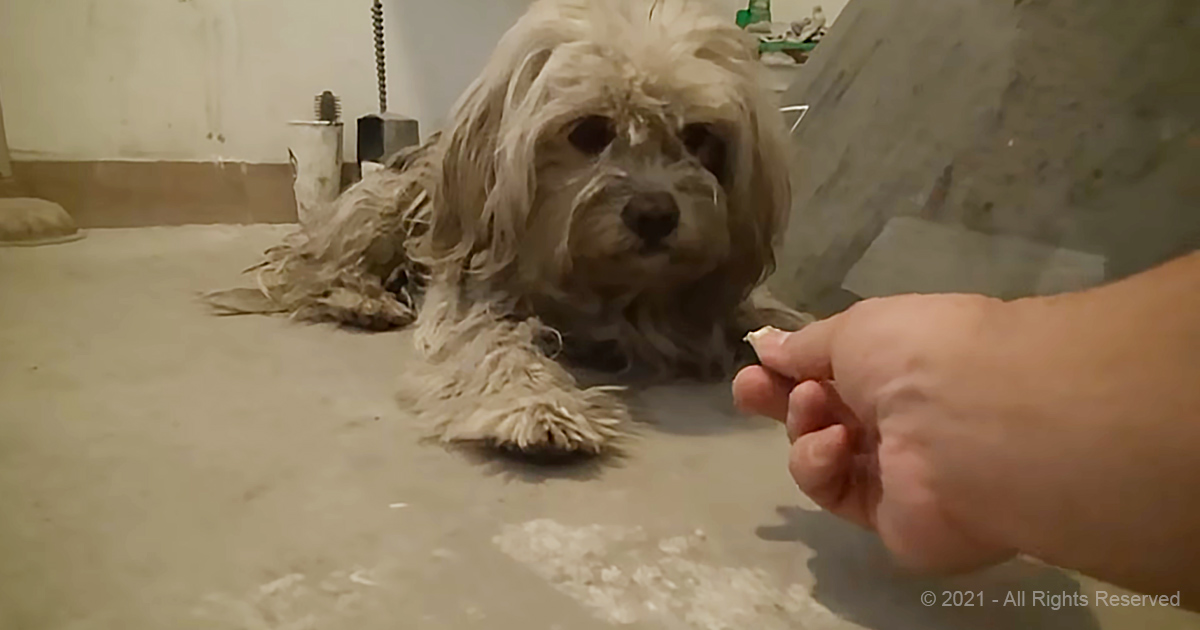 Hope for paws is a non-profit animal rescue organization that rescues suffering animals from the streets and shelters. A message came in the Hope For Paws line about a little dog in the streets. He was skittish and looked starved. His white fur had turned almost grey and it was matted. When the rescuers got to him, he kept running away. But they were able to lure him into a body shop where he went into the bathroom.

The poor dog looks frightened. He tried to bite his rescuers several times too. The rescuers gave him some treats to get near him and were finally able to get him to trust them. All it took was some treats and kind words, and pretty soon, he was eating out of Eldad’s hand. But the struggle wasn’t entirely over. He did try to bite once more when Eldad was petting him, and he got really close this time.

He managed to get a leash on the dog by giving him treats, and pretty soon, this little guy was walking out with them like he’d been on a leash before. All he needed was some love and care. It was time for the little dog to leave the streets.

After a bath and a much-needed haircut, this dog’s true spirit returned. They named this little cutie Toto. And now Toto is definitely in good hands. 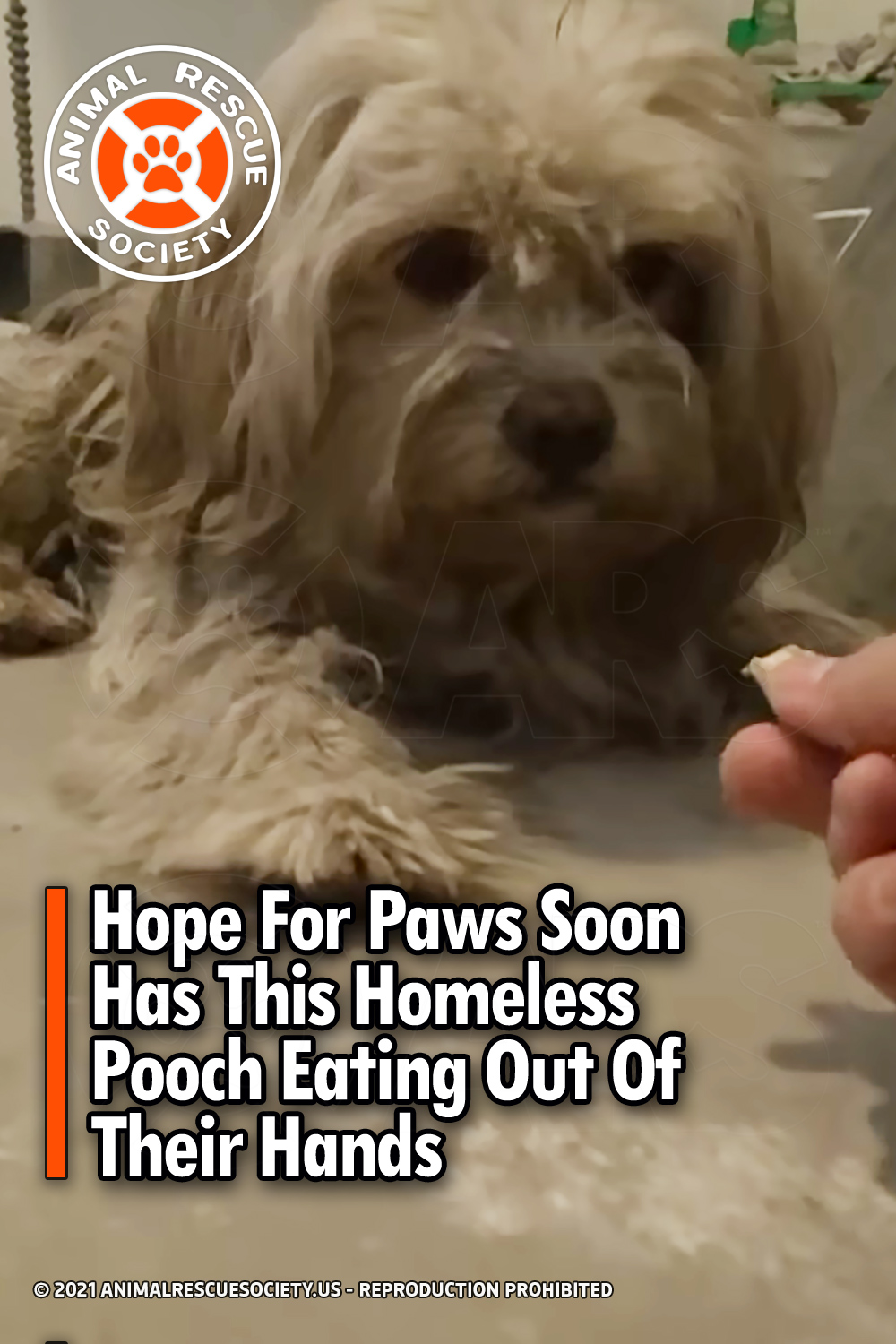