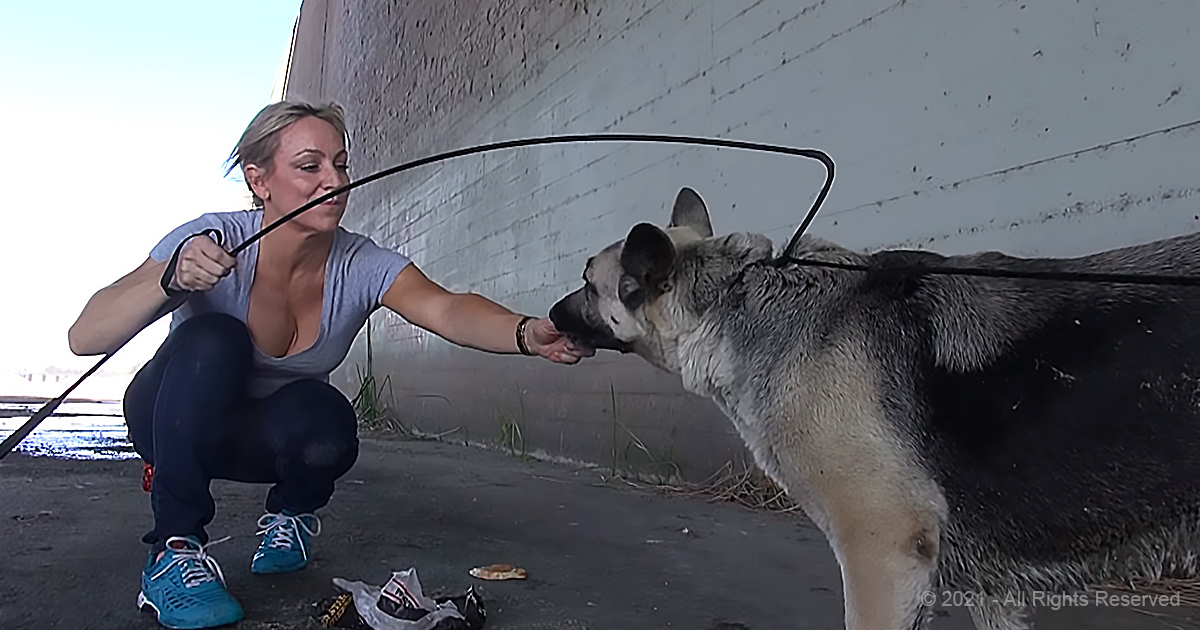 Hope For Paws is back with yet another amazing rescue. This time, they were called to the scene of a Los Angeles river canal where a German Shepherd sought shelter. She was lonely, starving, and forced to sleep in the dirt and shallow river water.

Because the dog, who they named Adrienne, was living in such a treacherous area, the duo of heroes had to be very careful. Even Eldad was hesitant, and he’s an experienced dog rescuer. ‘I admit – as I got closer and closer to her, I got quite nervous,’ he says. ‘I have never seen her behavior, and I didn’t know what to expect.’

The heroes remained patient and vigilant, quietly sneaking up behind her so as not to awaken and frighten her. Once they managed to wrangle a leash around her neck, they calmed her with cheeseburgers (of course – Eldad always has those handy cheeseburgers somewhere). Eventually, they were able to lead Adrienne into the car and on her way to recovery.

At the vet, Adrienne received medical care; her paws were bleeding from walking on the hot concrete. And with a little care and a lot of grooming, she’s just as gorgeous on the outside as she is on the inside. Watch the video to see this pup’s wonderful transformation. What a sweet, beautiful dog who will finally experience all the love she can possibly get. She’s currently being fostered by a loving family who pampers her every day. 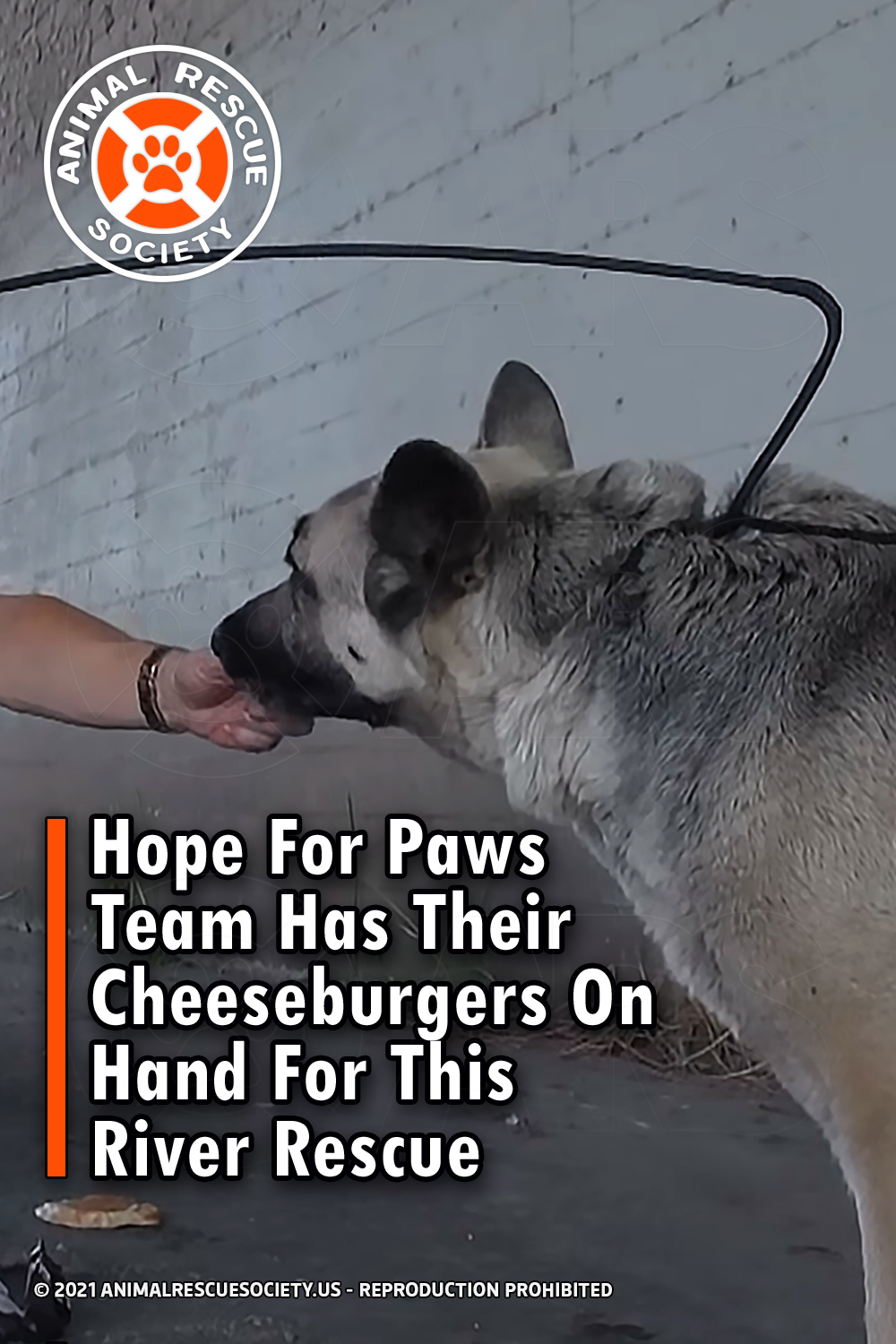