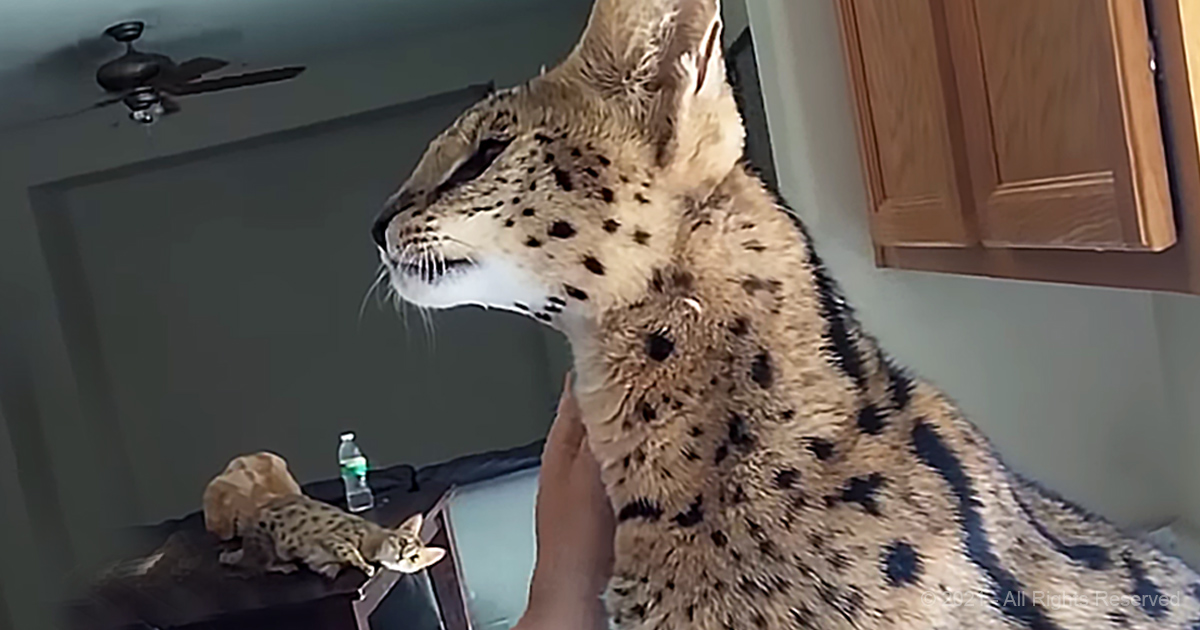 Thanks to shows like Tiger King on Netflix, more and more people have piqued interest in owning a big cat. While it’s frowned upon and illegal in many places, some rescuers have them to bring them back to health before releasing them into the wild again.

One woman shows off her beautiful serval cat named Zeus. With over seven million views, one of their latest videos together is taking the internet by storm. Zeus’ owner is asking him to say “momma” as he loudly purs.

He’s enjoying the endless cuddles and scratches from his human mom; he kindly repeats what sounds like “mom” over and over again. We can’t get enough of this not-so-little cutie having a great time in his home.

Serval cats are wild animals that are native to Africa. In states like Wisconsin, the Carolinas, and Alabama, people can legally own servals. These friendly felines love to explore and spend time with other servals while relaxing in the sun. We can’t wait to see what Zeus will say next. 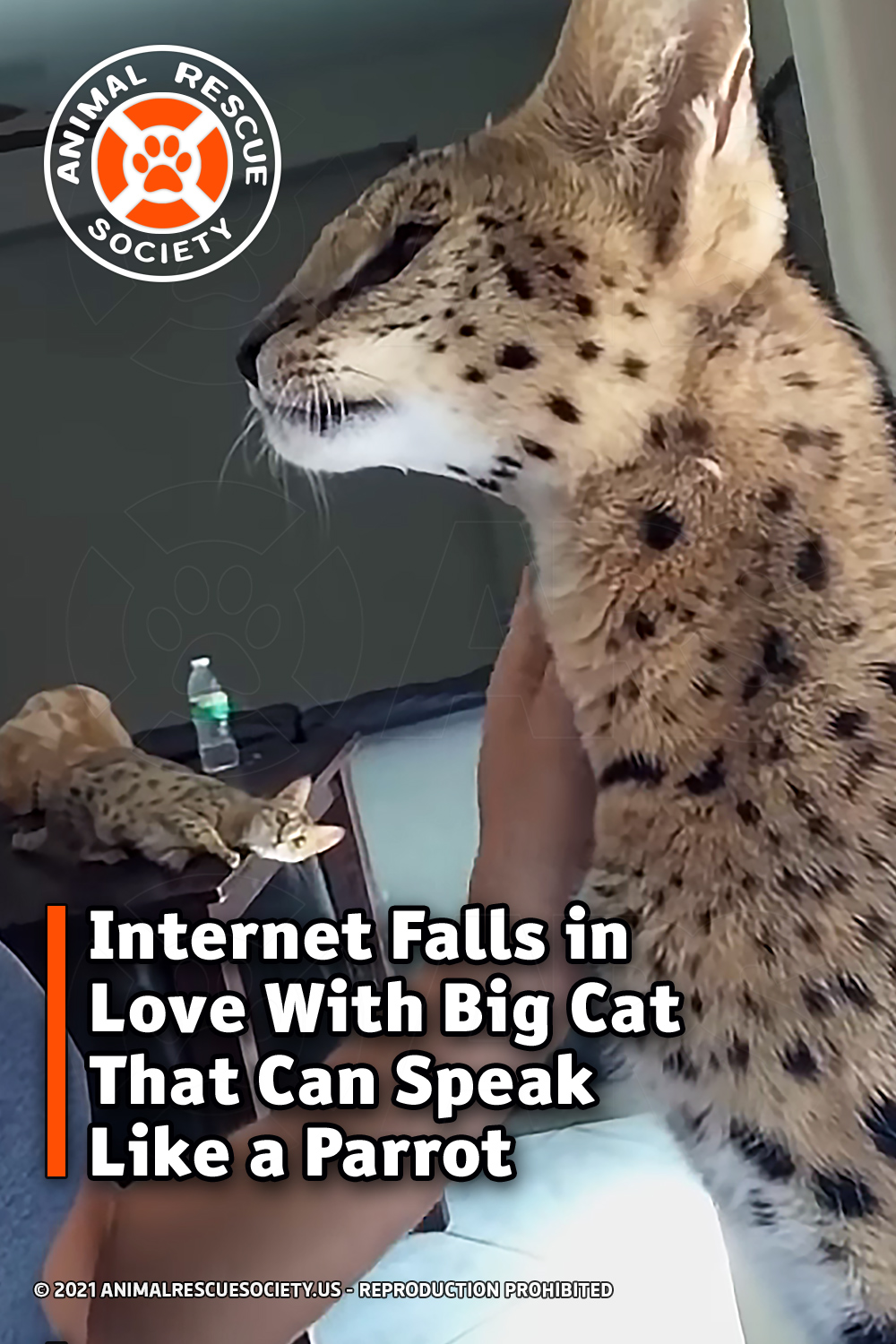