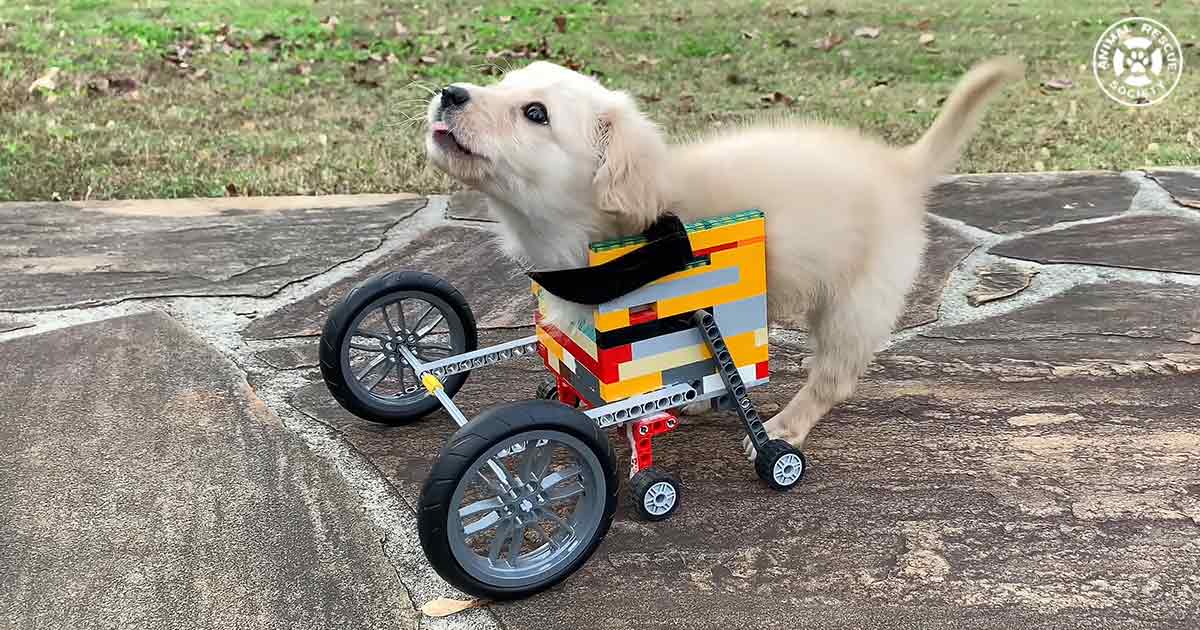 When Gracie first arrived on the doorstep of the veterinarian, the outlook for the poor puppy looked grim. Not only had her previous owners abandoned her, but she was also missing her front legs. But when the shelter, Mostly Mutts, took her in, her luck started to change.

Not long after arriving at the shelter, a loving family reached out and adopted Gracie. This family was a perfect fit for the two-legged pup, having already adopted a dog whose back legs were paralyzed and a three-legged dog.

Despite where she came from, Gracie remained a happy, sweet puppy. She never let her disability stand in the way of finding her joy. Still, Gracie’s family knew the puppy needed a wheelchair to protect her chest and spine.

The only problem was that Gracie was still growing. She needed to have a wheelchair that could grow with her. Fortunately, a 12-year-old volunteer at the shelter had a clever solution.

The 12-year-old boy, Dylan, built a wheelchair for Gracie using LEGO. Gracie’s mom, Tammy Turley, told The Dodo that it took some time for Gracie to adjust to the wheelchair. “However, we ended up getting little pieces of hot dog and when she smelled those, she took off,” she said.

When it came time to build Gracie’s second wheelchair, Dylan volunteered to help again. This time, he built the wheelchair to help keep her spine more level, but the family soon realized Gracie’s chair needed larger wheels, so Dylan built a third wheelchair.

Thanks to Dylan, the shelter and her compassionate family, Gracie got her second chance at life. And when Gracie finished growing, she graduated to a wheelchair from Joey Paws and Ruff Rollin Chairs. 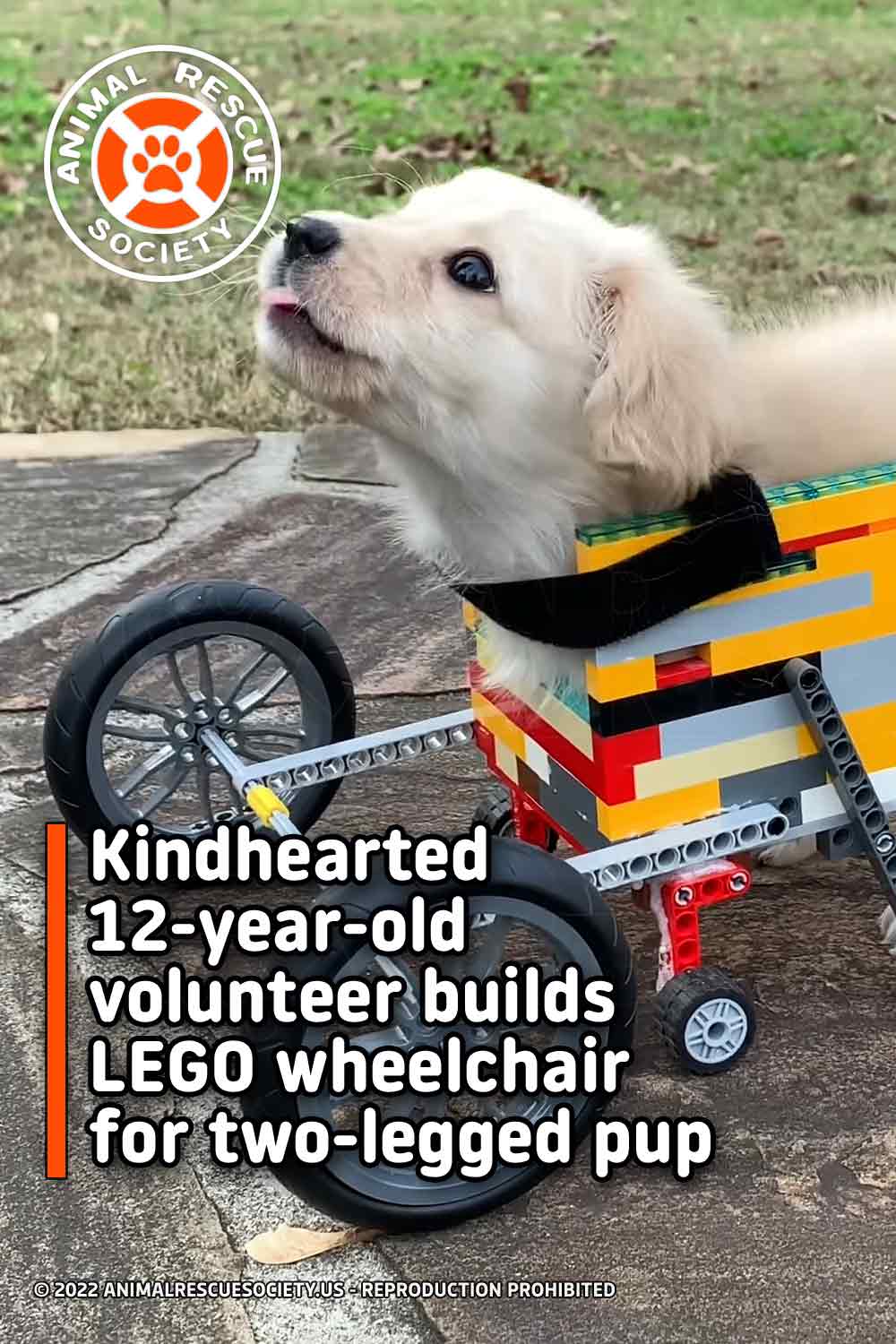