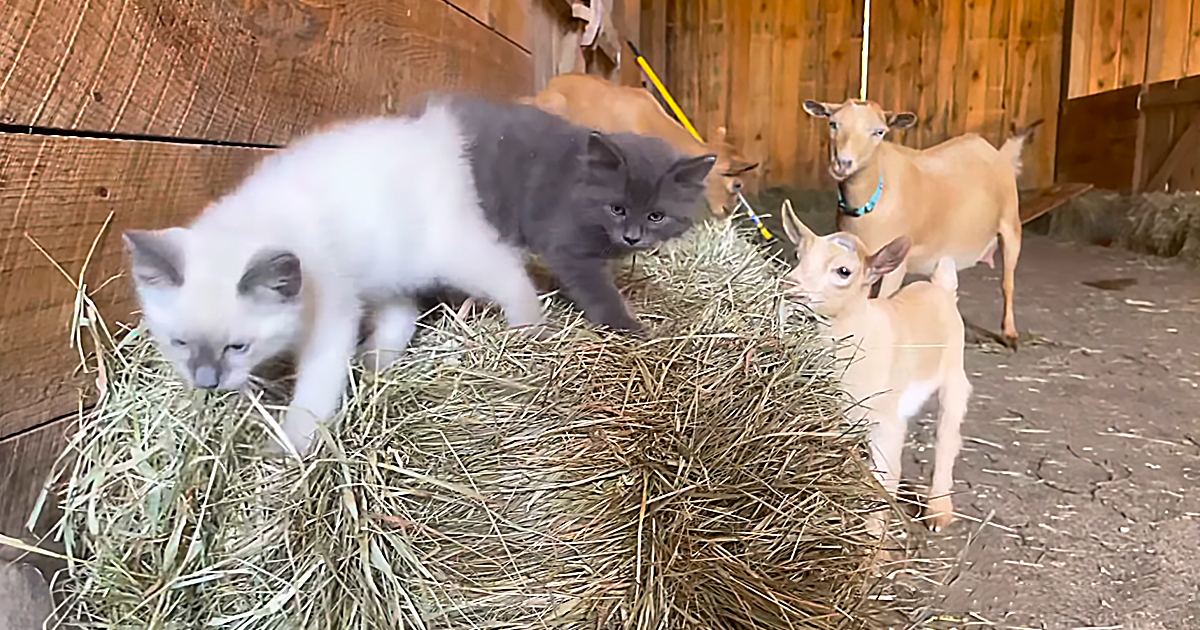 Just when we started to think that Sunflower Farm could not get any cuter, they went and added two adorable, little kittens, Phil and Roger, to join their happy family.

Phil was the gray kitten, and Roger was the white kitten with blue eyes. Both are small, curious spirits that are sure to go on all kinds of adventures around the farm.

From the beginning, the kittens were excited to get to know the other members of their big family. One of the older goats didn’t seem so sure what to think of the baby cats, herself, eyeing them with a mixture of curiosity and skepticism.

But that was only the beginning of Phil and Roger’s adventure for the day. They also got to try some fresh goat milk courtesy of Maya. After a short milk-induced nap, it was time to let in the rest of the family.

Phil and Roger’s eyes widened to big saucers as the rest of the goats strolled in. Their home was filled with a chorus of bleating and goat hooves hitting the ground.

While the kids and adult goats walked around the barn, the kittens watched from as far away as they could. Phil almost tumbled over himself when one baby goat introduced herself to him.

One particularly brave goat decided to show the kittens she was boss with a game of queen of the hill. What a day it was for goats and kittens, alike at Sunflower Farm! 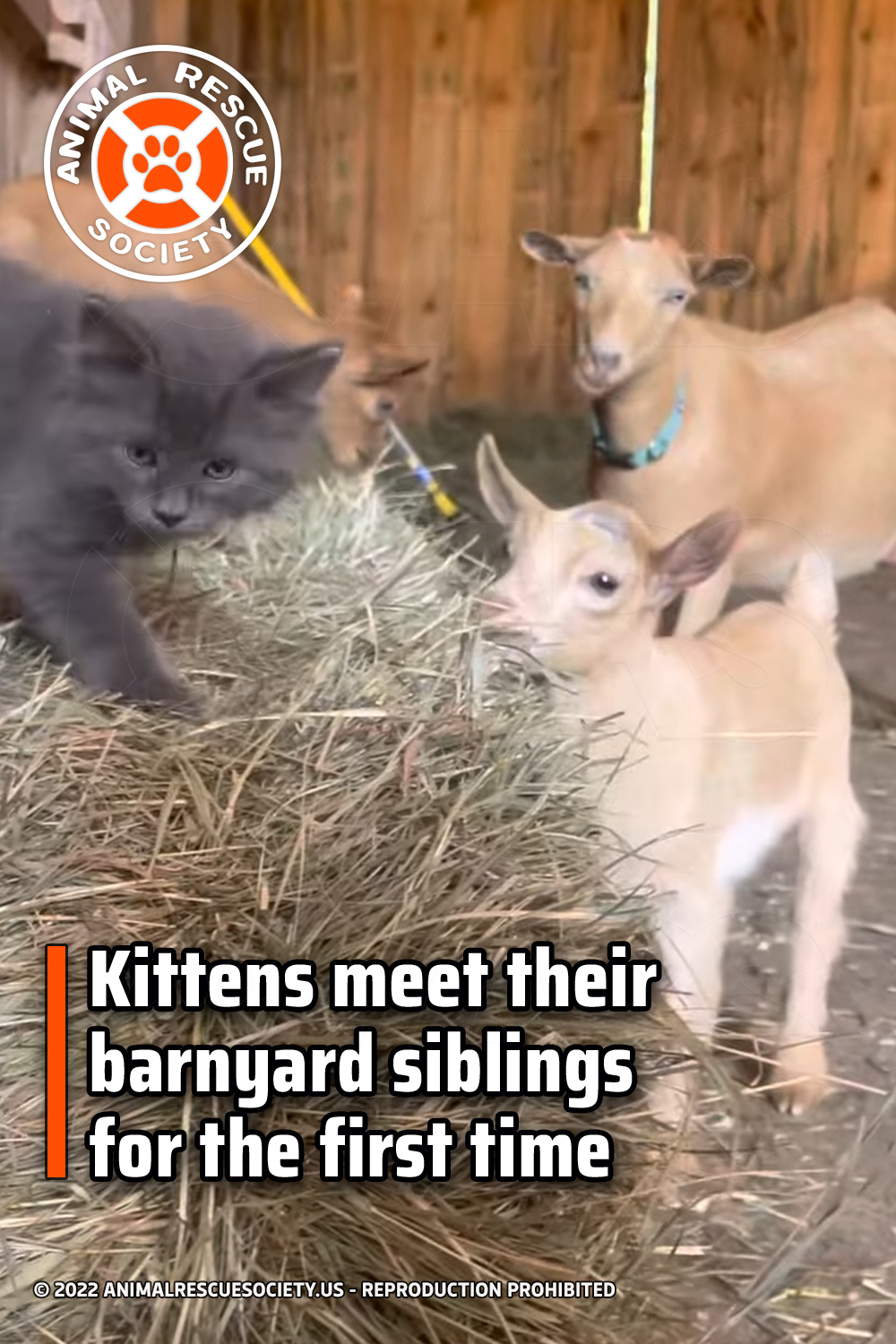