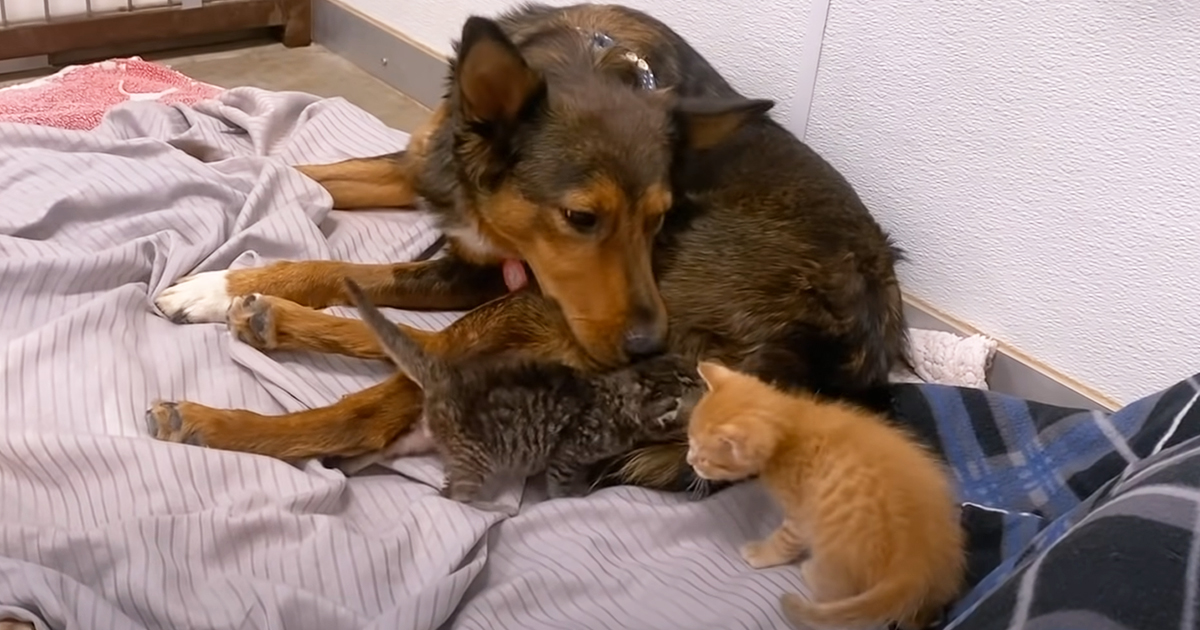 A pregnant stray was found by a rescue team. Milo, the pregnant dog, went into labor before her time, but the rescuers didn’t expect any of the puppies to make it. Sadly, they were right.

Milo went into deep mourning and frantically searched for her puppies at the rescue shelter. She couldn’t get settled until she had her babies.

The shelter put out a call for puppies who may be stray or abandoned to give Milo the mother experience that she desperately needed. However, only people with kittens responded.

Not sure of what to do, the shelter accepted three baby kittens, hoping that Milo may be happy to have babies. Slowly, cautiously, the rescue team introduced the three babies to Milo.

Milos knew to be gentle with the kittens, and the three even latched onto Milo’s teats. Though the cats were bottle-fed, they could receive the comfort of nursing with Milo, and the dog’s instincts for mothering were calmed.

One of the kittens named Gumball emerged as Milo’s favorite. The dog would scoop up Gumball anytime he left the plastic pool where the kittens slept. It was clear that Milo wanted to keep Gumball safe.

When the kittens were weaned, and Milo was adopted, the shelter wondered what would happen to Milo’s relationship with the kittens. Then the sister of Milo’s adoptive dad decided to adopt Gumball. Since both parents live together, Milo and her kitten baby are reunited. 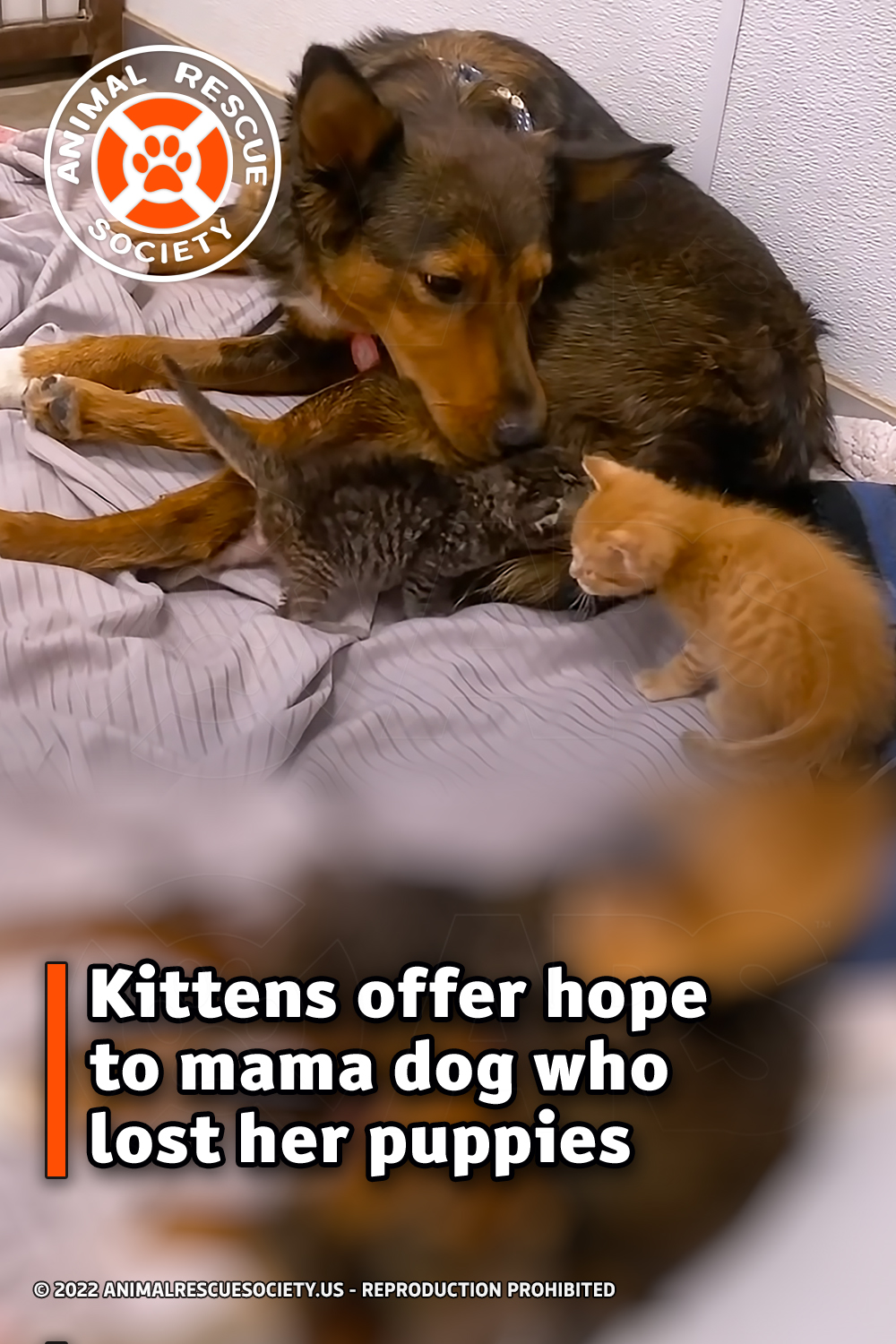