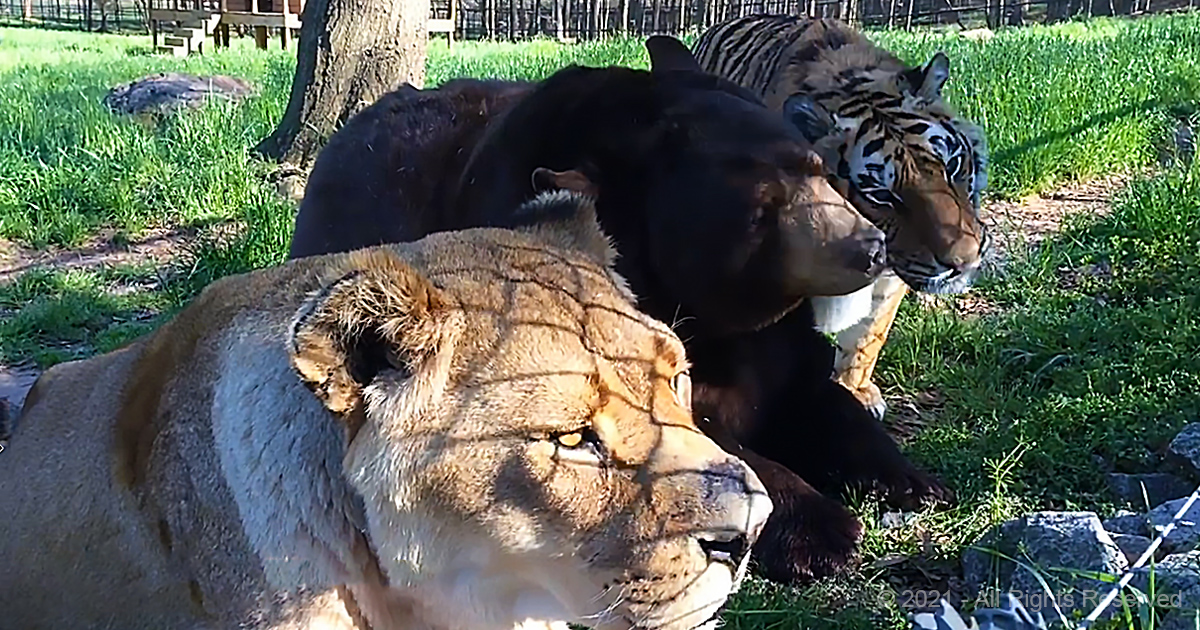 This BLT cuddle pile is one of a kind! After being rescued from the same terrible conditions, this trio couldn’t be separated. We’ve never seen anything quite like it.

Sometimes, we get to choose our families. The same is true for animals, and often, species don’t much matter. When Baloo, Shere Khan, and Leo were rescued from terrible conditions in the early 2000s, they were inseparable.

The three were rescued as cubs from the same abusive location. They were locked in a basement in Atlanta, malnourished and even injured. Thankfully, Noah’s Ark Animal Sanctuary came to the rescue and took them in.

From that point forward, the three were thick and thieves. These brothers cuddled, ate, and played together, creating a trio unlike any before. Noah’s Ark Animal Sanctuary called them the BLT, and they were well-loved in the area.

Leo was an African lion. He was older than his brothers, but still young enough to form a bond after their rescue. Shere Khan, a beautiful Bengal tiger, quickly bulked up after severe malnourishment. Baloo the black bear is, unfortunately, the last of the BLT.

Together, they had many amazing moments together, entertaining visitors to the animal sanctuary and living a quiet life after their rescue. Baloo is still a favorite at the Sanctuary today! 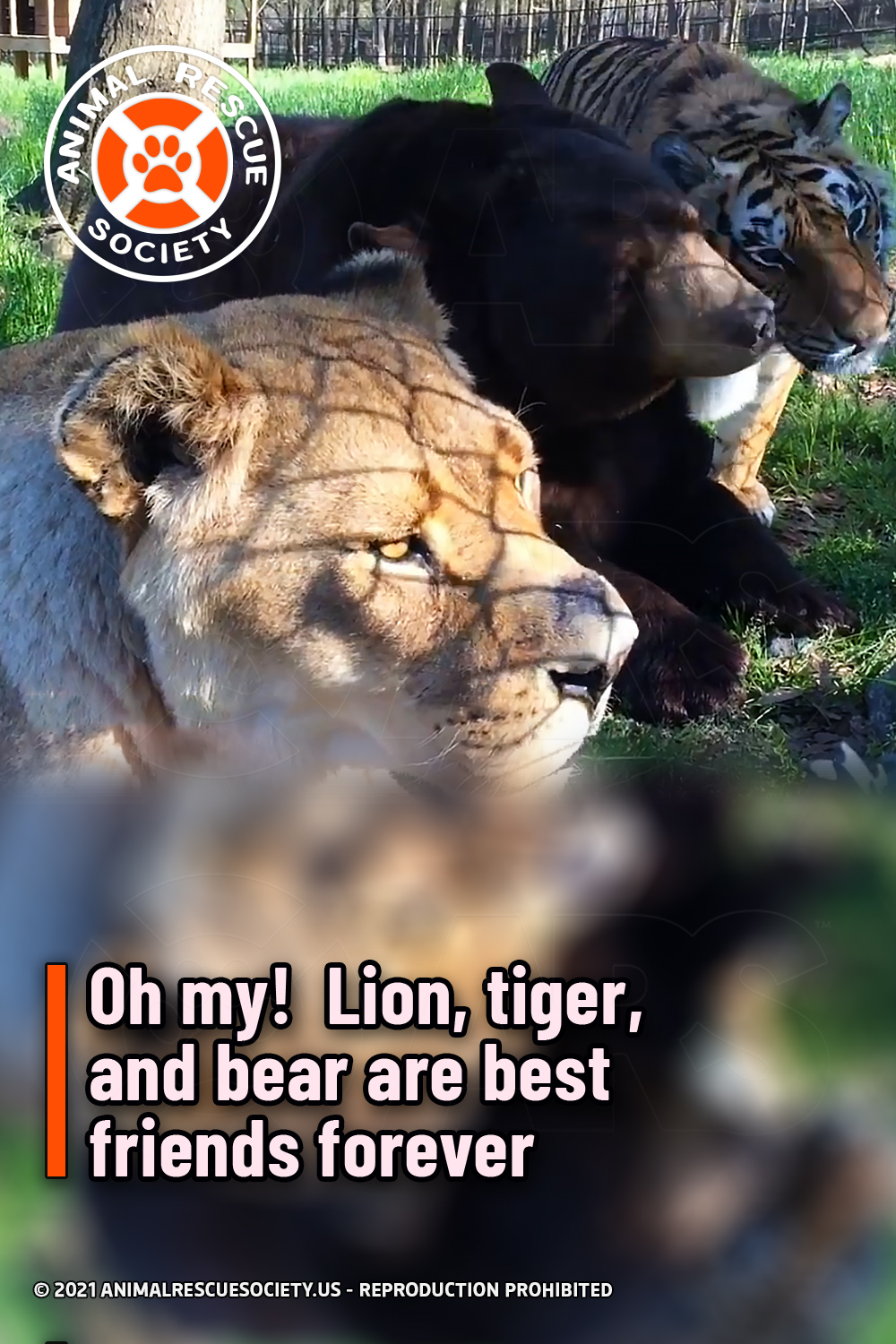