There are a lot of animals at the Speranza Animal Rescue. When Sir Camelot, the baby camel, arrived, the rescuers thought he’d have no problems making friends. But the other animals ran away from him.

Camelot would stand in the middle of the field and cry. He’d yell and let everyone know how sad he was to be all alone. Even the farm’s dog would bark at him.

That’s when the rescuers knew they had to intentionally find a friend for Camelot. Along came Benjamin, a baby cow two weeks younger than Camelot.

The baby camel and the baby cow chase each other all day long, touching each other like it’s a long game of tag. They touch noses and try to get each other’s attention.

Sir Camelot is the perfect older brother, except he does have a problem sharing. When he takes ownership of an item, like a bucket or a bale of hay, he doesn’t want to share it with Ben. If Ben touches Camelot’s stuff, the camel will whine and even throw a temper tantrum.

Other than Cam’s inability to play nice over what he believes belongs to him, he and Ben have fun every day. It’s so wonderful that this baby camel found a true friend in a baby cow. 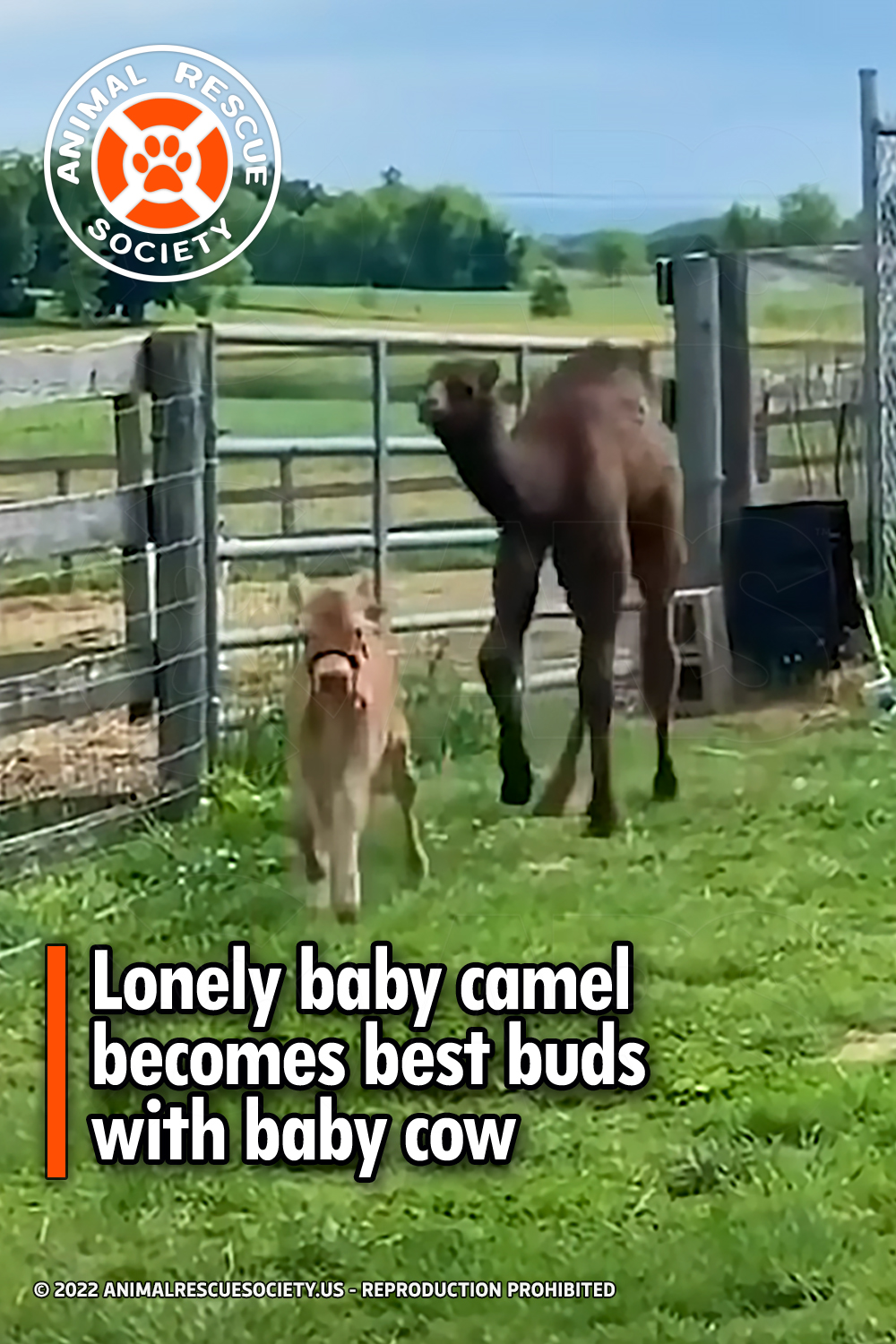