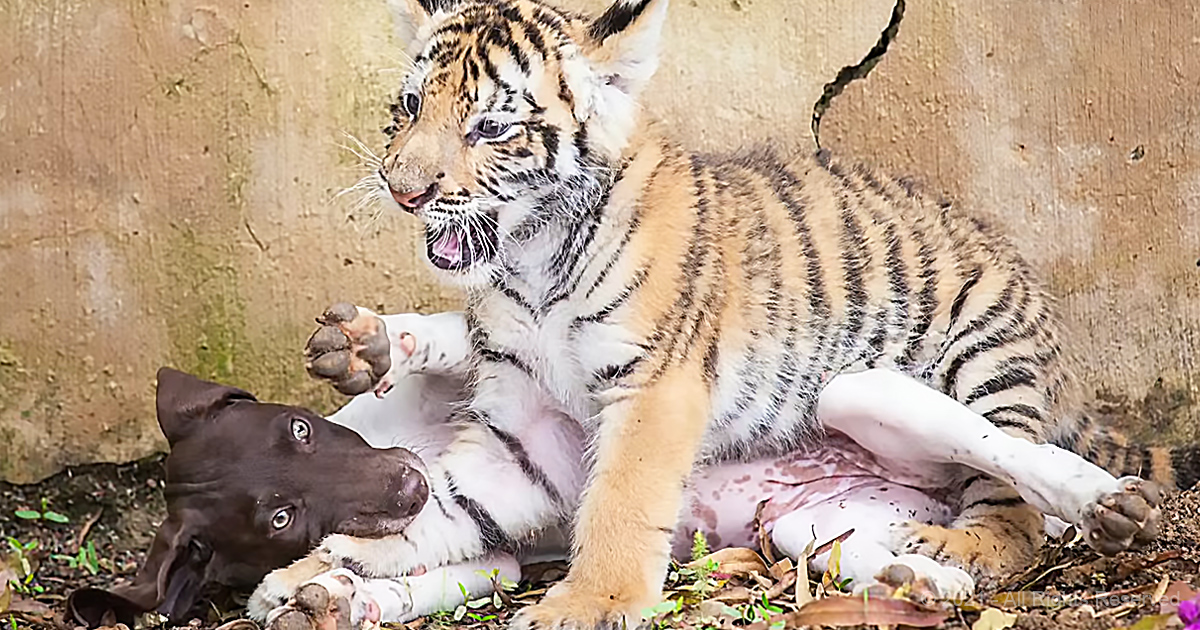 Love knows no boundaries. This simple truth is proven by a tiger cub that was rejected by his mother and a lonely puppy.

It’s a catch-22 of helping out species that are endangered. Captivity is the only way to preserve some animals, and yet those animals don’t always breed well in human possession.

Hunter is a tiger cub that was rejected by his mother at birth. An infant obviously needs care and love if it is going to thrive. But who will love little Hunter if his own mother won’t?

Hunter is paired off with a puppy who also needs companionship and love, a cutie named Chelsea. They’re the same age and the right size for each other.

As you watch the video, you’ll notice that the love they have for each other is both intense and mutual. The little ones have forgotten their loneliness thanks to each other.

It could be a short-lived friendship, perhaps only six months when Hunter will be too big to play with Chelsea safely. But for the time being, they’re what they need. 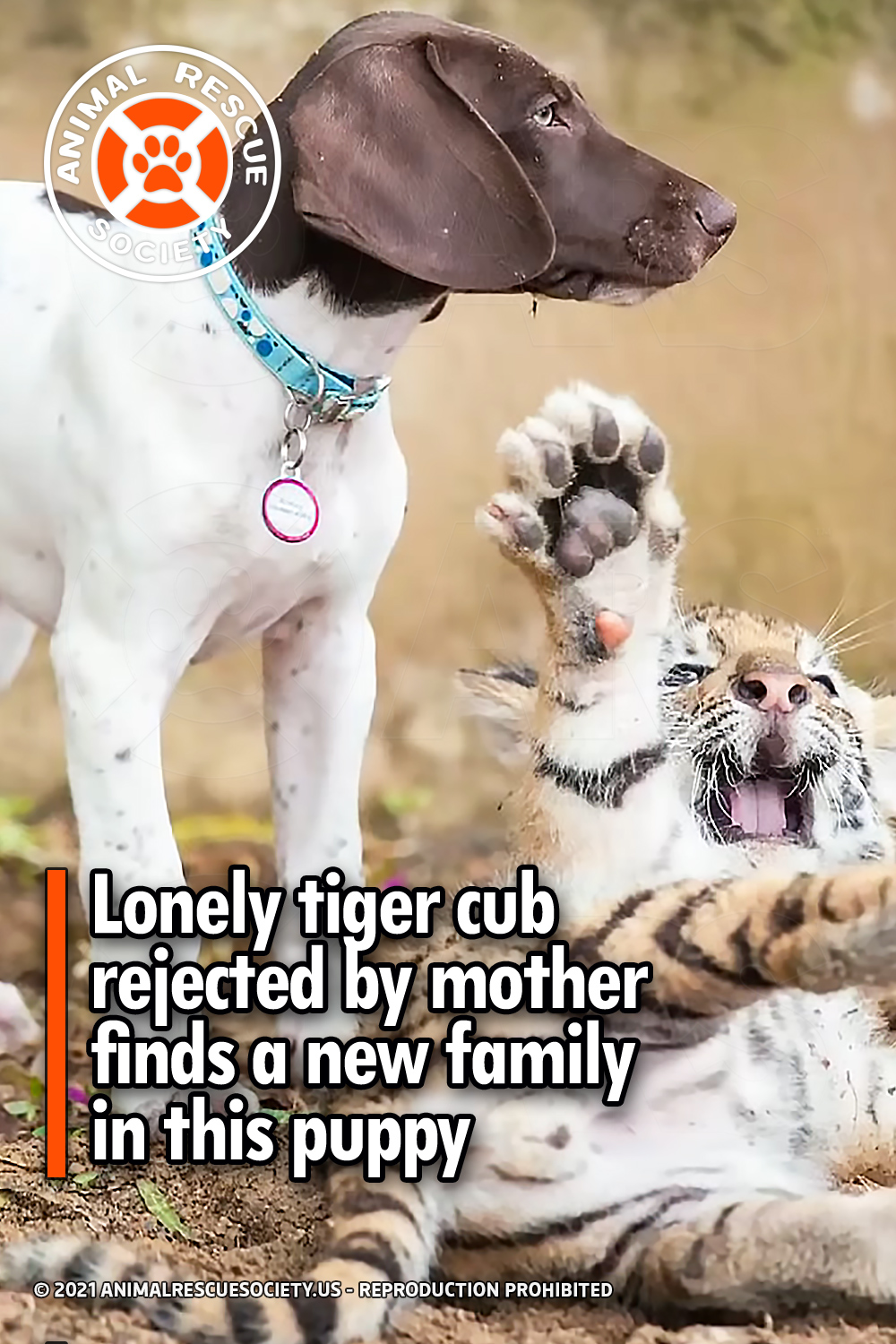