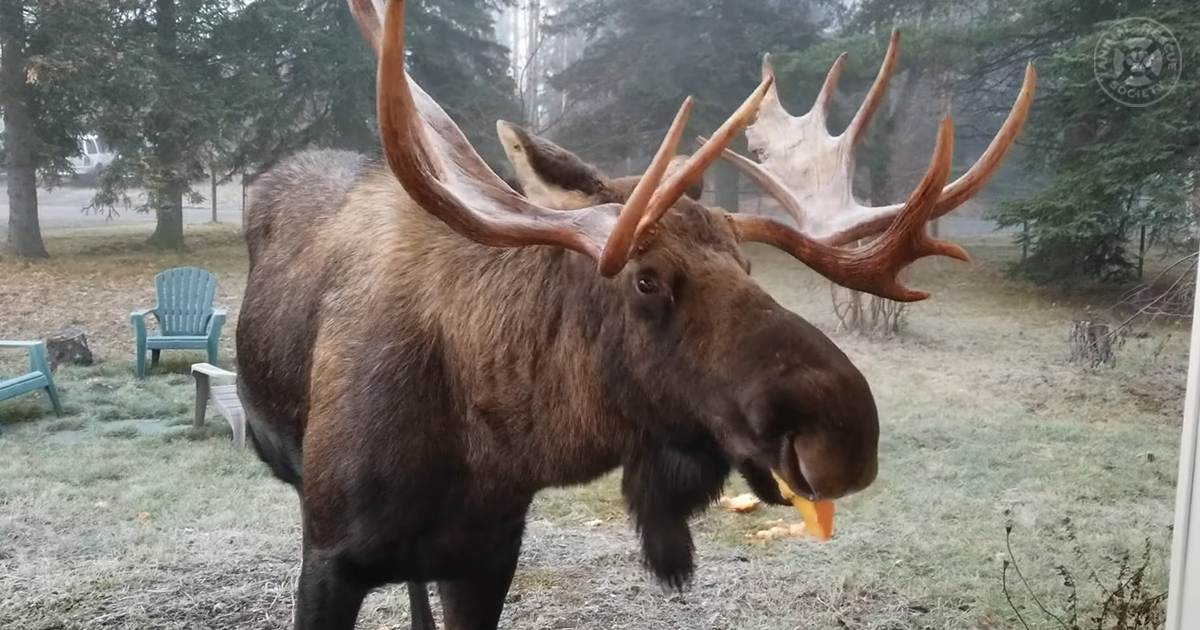 It was a peaceful and foggy day outside as a moose was eating a Halloween pumpkin. The trees behind him were thick and tall, but the moose stood out from everything in the cold scene.

Inside the moose’s mouth was a bright orange pumpkin. He took his time chewing on the delicious snack. The moose had thick brown fur and majestic antlers.

There was no sound other than the moose chewing. He ate loudly without a care in the world. No one was around to bother him, and he enjoyed his scrumptious meal.

Behind the moose were the remains of the pumpkin shell. He probably crushed it under his hooves and picked at it with his mouth. There didn’t seem to be a lot left.

The moose held the piece in his mouth carefully. When you think he could drop it at any time, he moves it around with his tongue to make sure it stays in place.

It may be cold outside, but that doesn’t bother him at all. His thick fur is keeping him warm, and nothing will stop him from savoring his bright orange treat.

The footage itself does not do justice to the moose’s actual size. The moose looks large on camera, but he is much bigger than he appears. It is a fantastic sight to watch a moose eat a pumpkin. 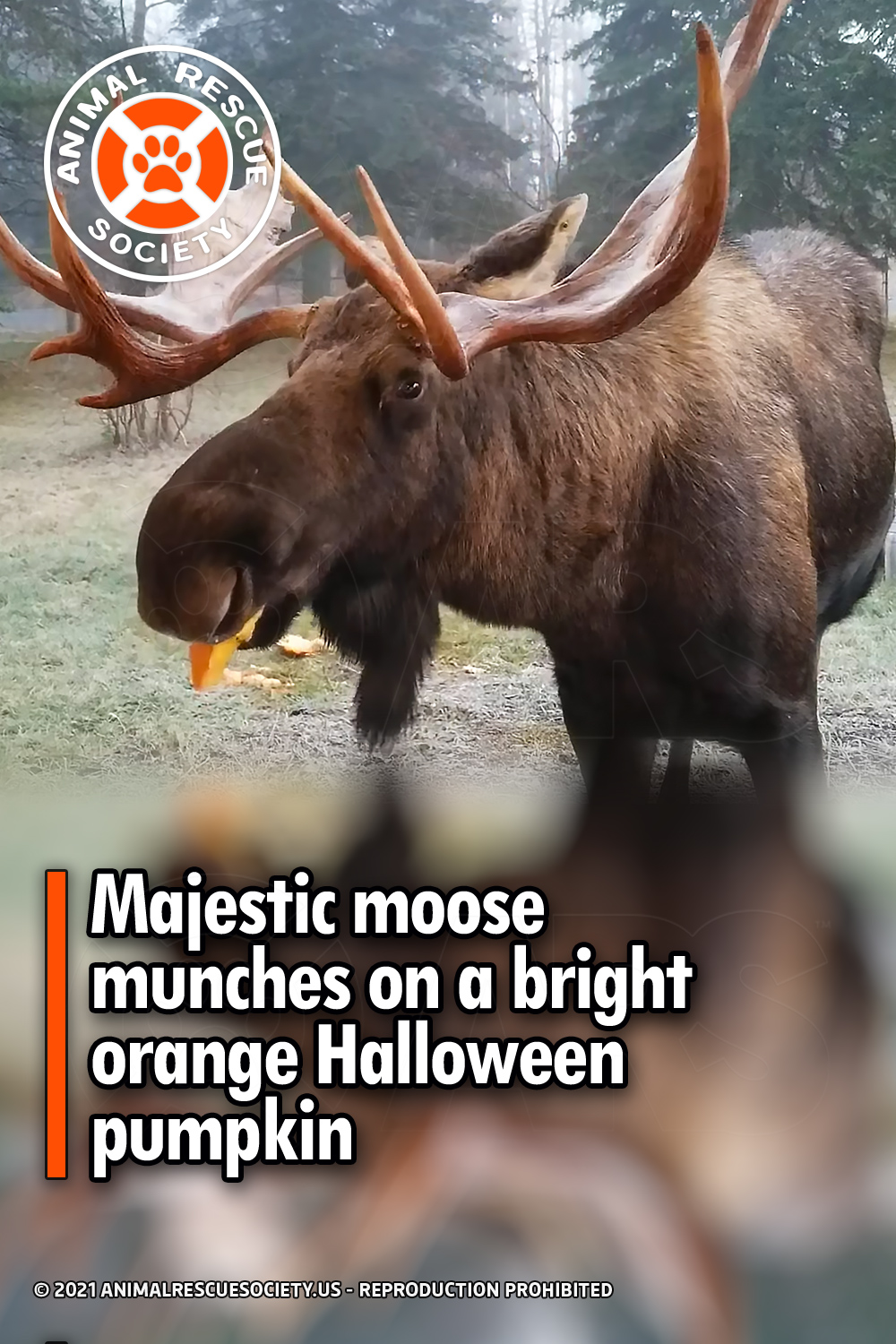