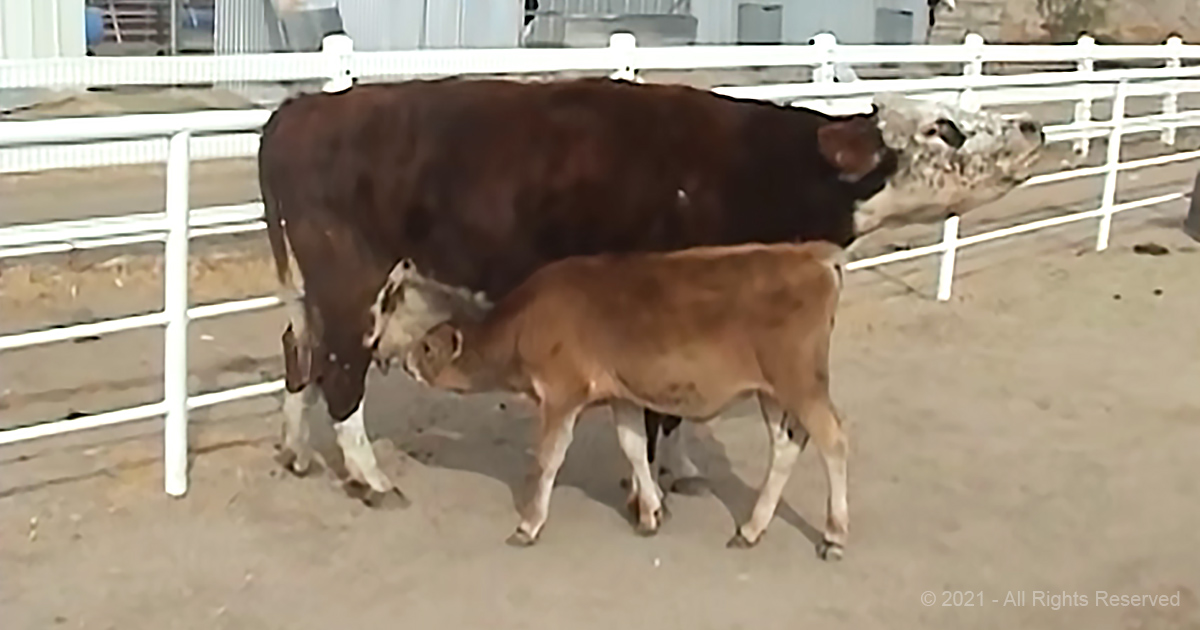 About the strongest bonds out there is the one between mothers and children and this isn’t just true of people. Cows and their calves are well-known for having strong feelings of attachment to each other.

For instance, when a calf hears recorded cattle sounds, the calf will show a definite preference for its own mother’s voice.

Ellie Laks and Jay Weiner, the co-owners of the Gentle Barn animal sanctuary, rescued a cow named Karma from a farm where she’d been kept in deplorable conditions.

Throughout her first night at the sanctuary, Karma cried and mooed for hours on end. Could it be she was lonely?

Cattle are far more social than is generally appreciated and become upset if they’re alone, even if it’s just for a few hours.

Ellie and Jay weren’t sure until they saw milk dripping from the cow’s udder. This sent them back to the farm, where their suspicions were confirmed: the owner hadn’t told them about Karma’s calf.

Being separated from her mother had put Karma’s little one under a great deal of mental and emotional stress. She was also completely exhausted and badly needed nourishment.

Ellie and Jay loaded the calf into the trailer and whisked her to the sanctuary. When they got there, Karma, who was in a nearby pen, seemed to sense what was going on. She got up and looked in the direction of the trailer with a keen expression on her face while she mooed enthusiastically.

The hungry and stressed-out calf collapsed right after she walked out of the trailer. She got up after a little while and was led over to the pen where her mom was waiting. As you’ll see in the video we’ve posted below, the reunion of this mom and her baby is genuinely heartwarming. 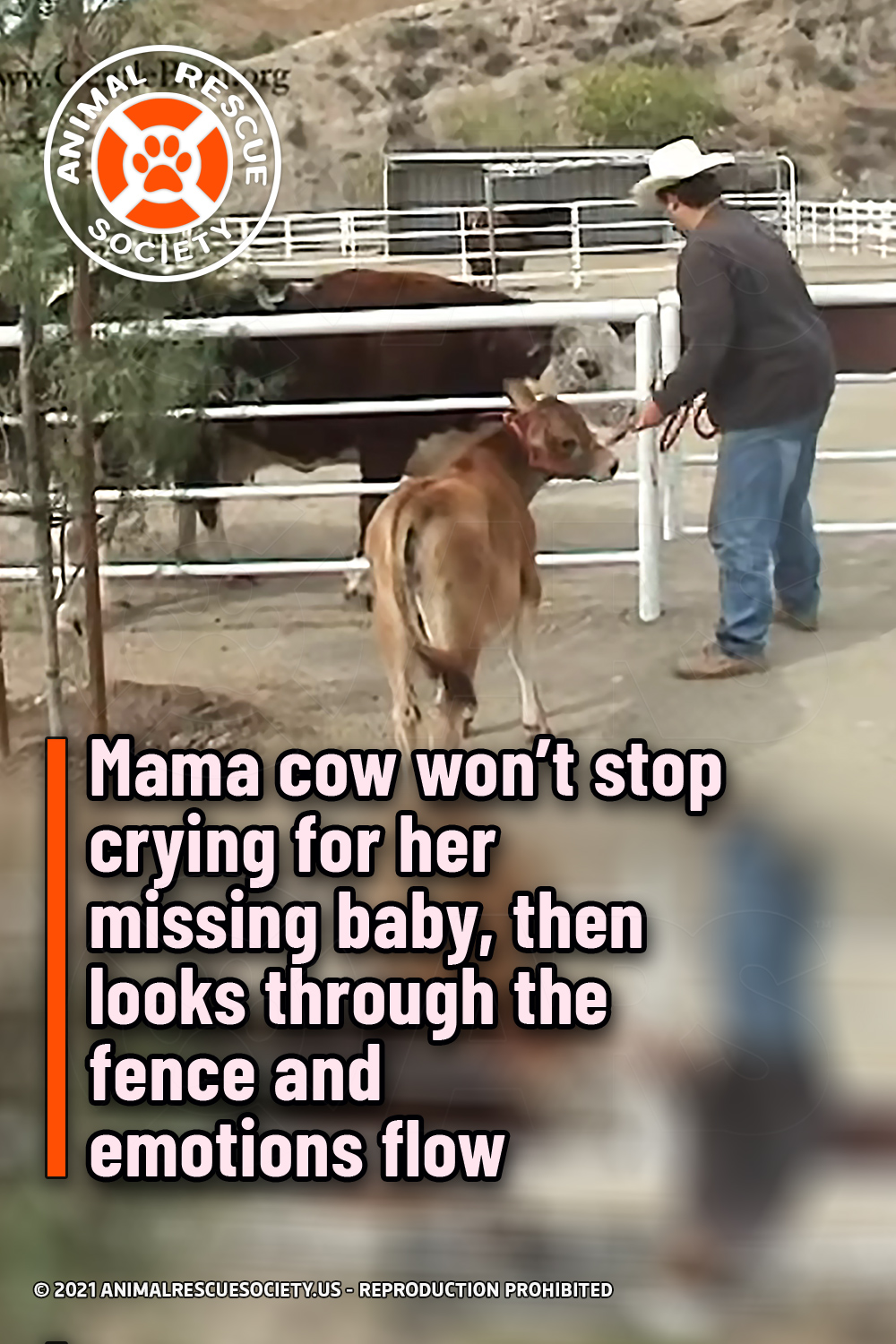