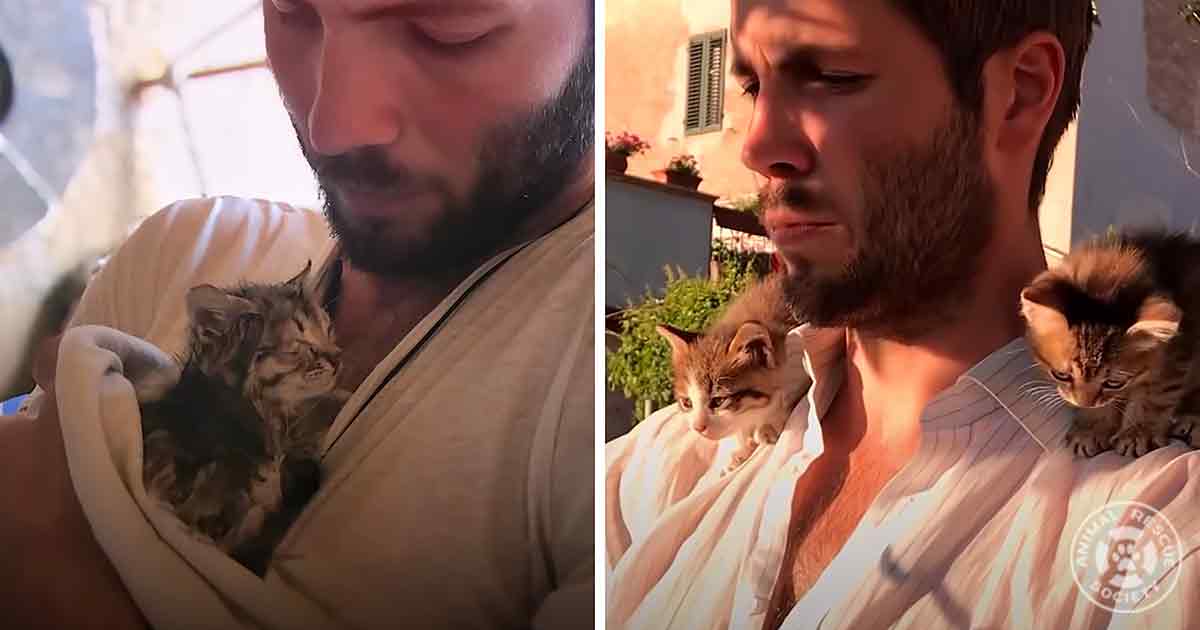 When Caleb first discovered the kittens Cici and Nunu in the middle of a field, they were soaked and in desperate need of a warm, safe place to live. Fortunately, Caleb was more than willing to take them into his home.

Before they came into Caleb’s life, Cici and Nunu had been living with their stray mom, but when the mama cat moved locations, she left her two adorable babies behind.

The first day Cici and Nunu arrived at his home, they were exhausted after living out in the rain. “They slept for quite a long time and slowly came back to health,” said Caleb.

As Cici and Nunu recovered and opened up to Caleb, their personalities emerged. “They’re terrified of you for the first two days or so… and then after this you’re their mother,” said Caleb. “And this was basically how it went for me.”

Caleb soon found himself becoming the “mother” of Cici and Nunu. “My mothering instincts kicked in,” said Caleb. And who could blame him with these two adorable fur babies cuddling him and playing with him all day?

Cici and Nunu went everywhere with him, including his work. As an artist, Caleb often traveled to locations to paint. While he worked on his art, the two kittens would go on short excursions, though Caleb made sure they did not stray too far.

Caleb would sometimes let them lead him on nature walks, but a lot of times, the two kittens were content to ride on his shoulders. “Being with kittens, like many animals, they give you this lightness of life,” said Caleb. 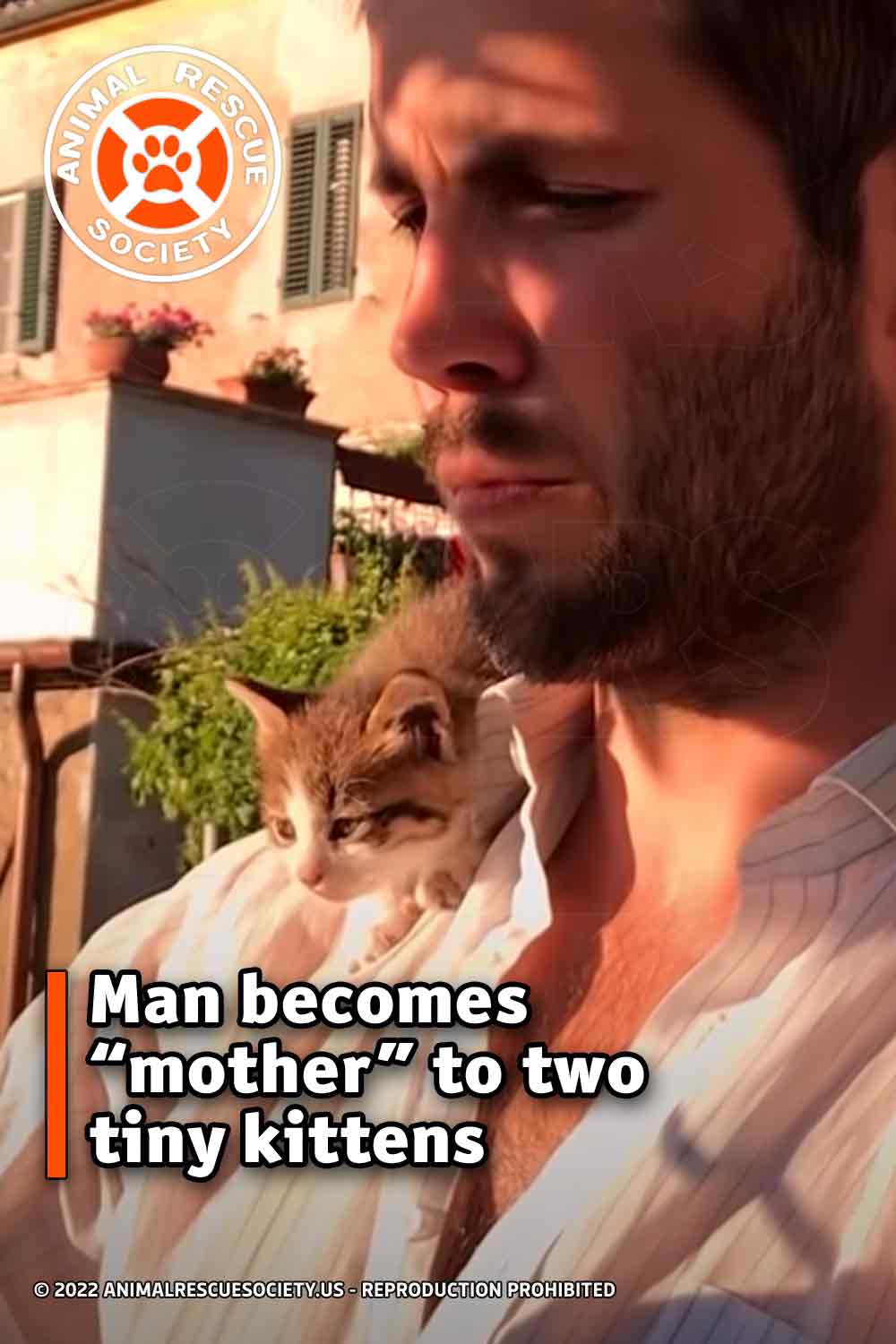