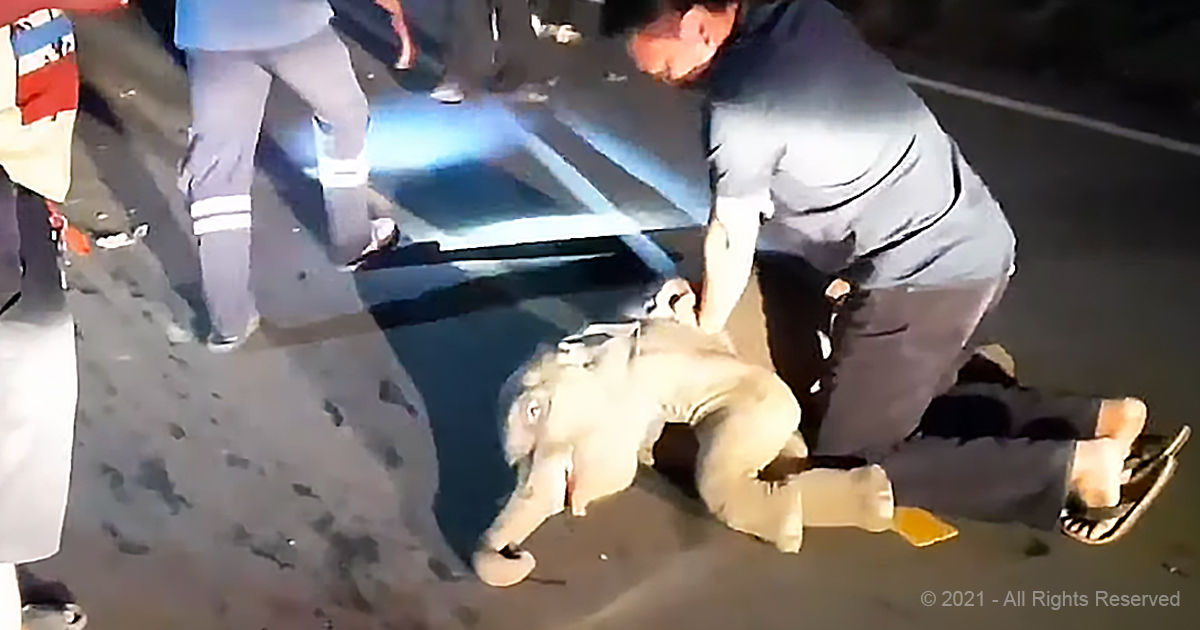 Performing CPR on an injured person is one thing. But what would you do if you were called upon to perform CPR on a baby elephant?

Many a motorist has contended with the problem animals on the road. But in Thailand, there was the unfortunate incident of a motorcycle striking a baby elephant.

Keep in mind that a newborn baby elephant can weigh between 200 and 300 lbs. An adult deer weighs 350-400 lbs. So a baby elephant that’s been up and moving around and growing is a solid obstacle.

But they certainly aren’t indestructible. The poor baby elephant has been knocked out, and rescue workers are moving in to perform CPR. But how do you perform CPR on an elephant? Do you blow into the trunk or what?

Workers watched a few videos to see if they could guess where the elephant’s heart was. It must have been accurate because the little one was revived and slowly came around.

Some happy endings get happier. The calf was later seen leaving the area in the company of an adult elephant. Not only was the baby’s life saved, but it was also able to be reunited with its family at the same time. 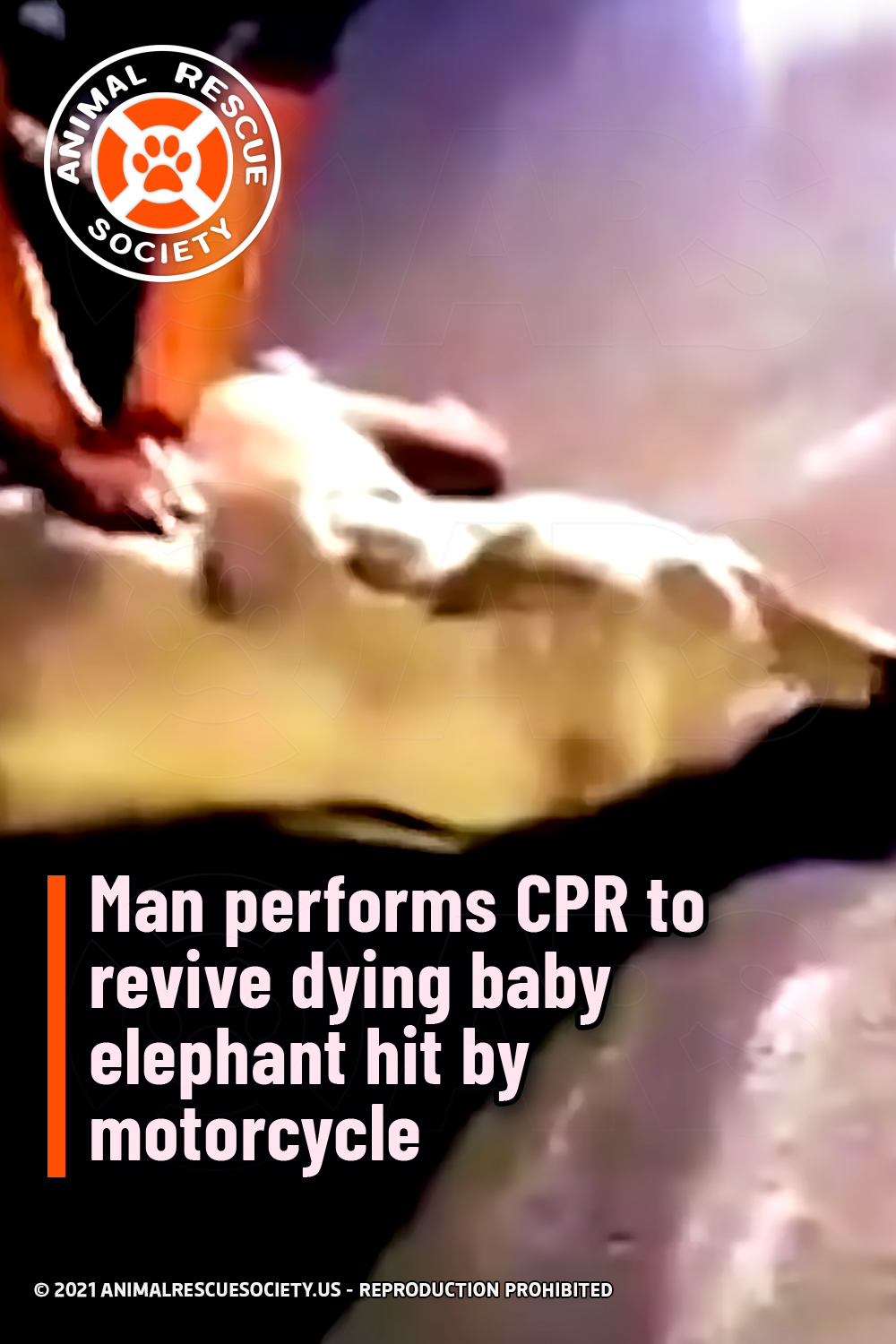