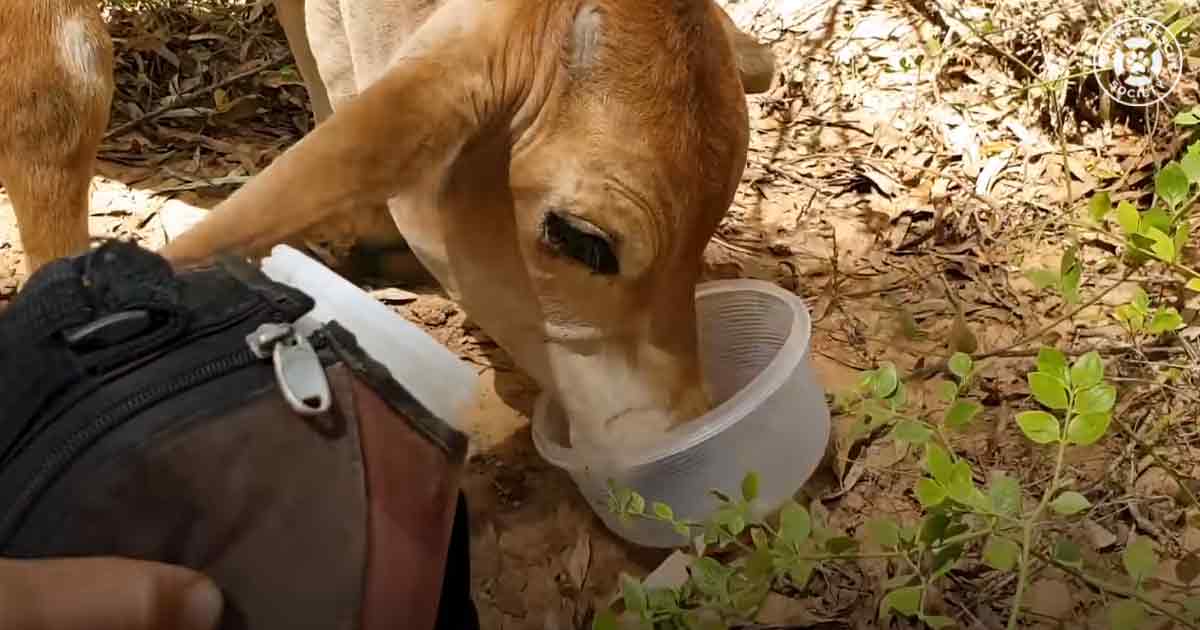 While working on a job in the Australian outback, Alex came upon a rattling sight. A baby cow lay on its side, its foot caught in the barbed wire fence. It had struggled for so long that it lay in the intense heat, trapped and exhausted.

Alex knew he had to help, but first, he needed to give the horse some water. He emptied his canteen and helped the baby cow out of the barbed wire fence. But even when he was free, the baby cow did not have the energy to get up.

The baby cow needed more water, but the closest water Alex could find was back at his camp, an hour’s drive away. He rushed home for more water and came back to find that the calf had gathered enough energy to move away from the barbed wire.

Still, the poor creature was panting in the hot, dry air. Alex called the calf over and poured some water into a plastic bowl he had brought with him, and the baby cow started drinking immediately.

The baby cow was so excited, he kept knocking the water over. Alex made gentle, soothing sounds to calm the dehydrated bovine. “Relax, relax. Nobody’s going to hurt you,” he said, filling another bowl for the cow.

Alex was just about to leave when the baby cow’s mother appeared “to save the day.” The two cows were still somewhat timid, and Alex urged the baby cow to join his mother.

Alex’s heart filled with joy seeing the two cows reunited, and when the baby cow saw his mom, he bent down to drink her milk. “To save the life of a baby animal, that’s up there with the best things I have ever experienced,” said Alex. 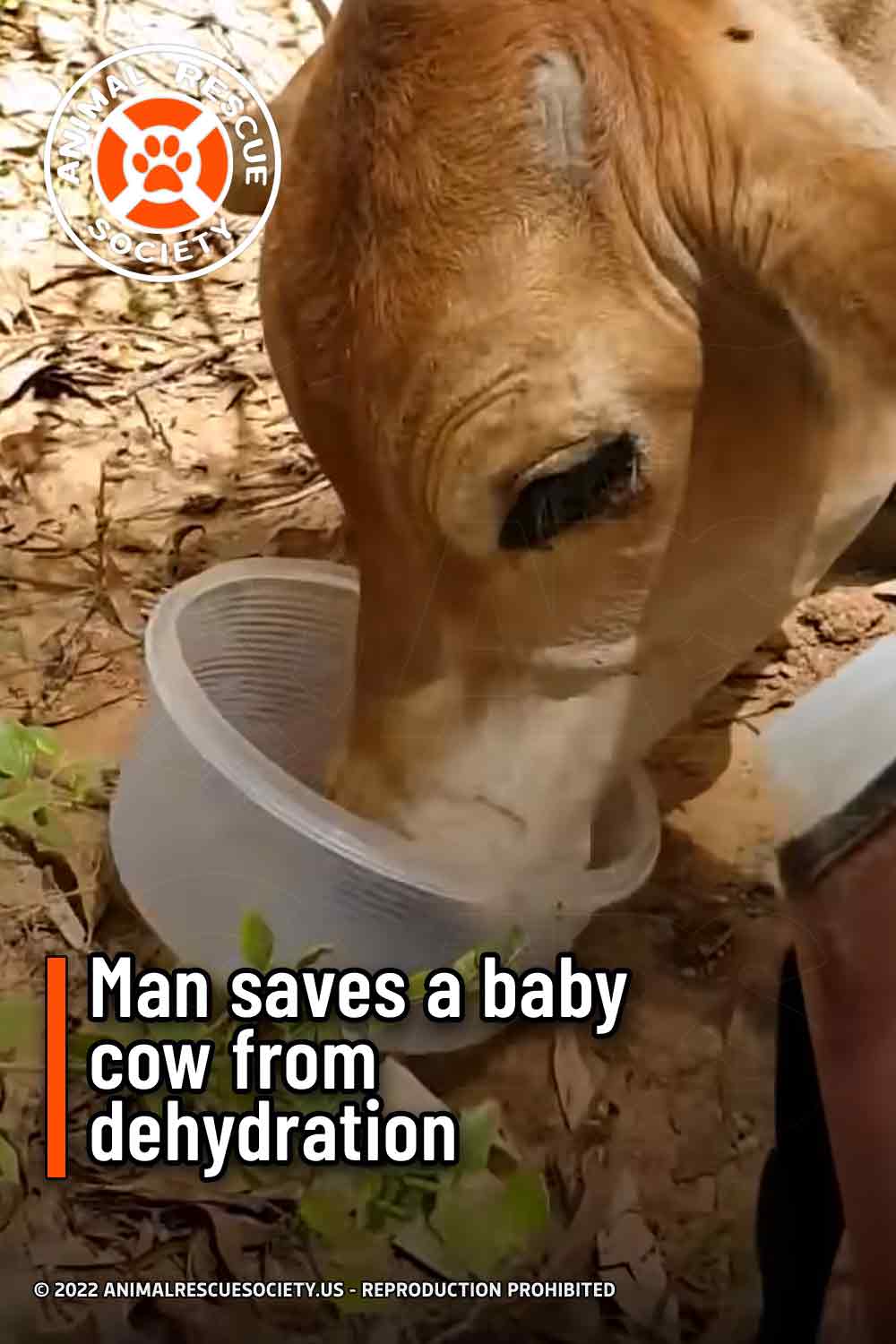