For 10 years, Andy Thorn has played the banjo for his band, Leftover Salmon. But many people know this prestigious musician as “the guy who plays music for a fox.” 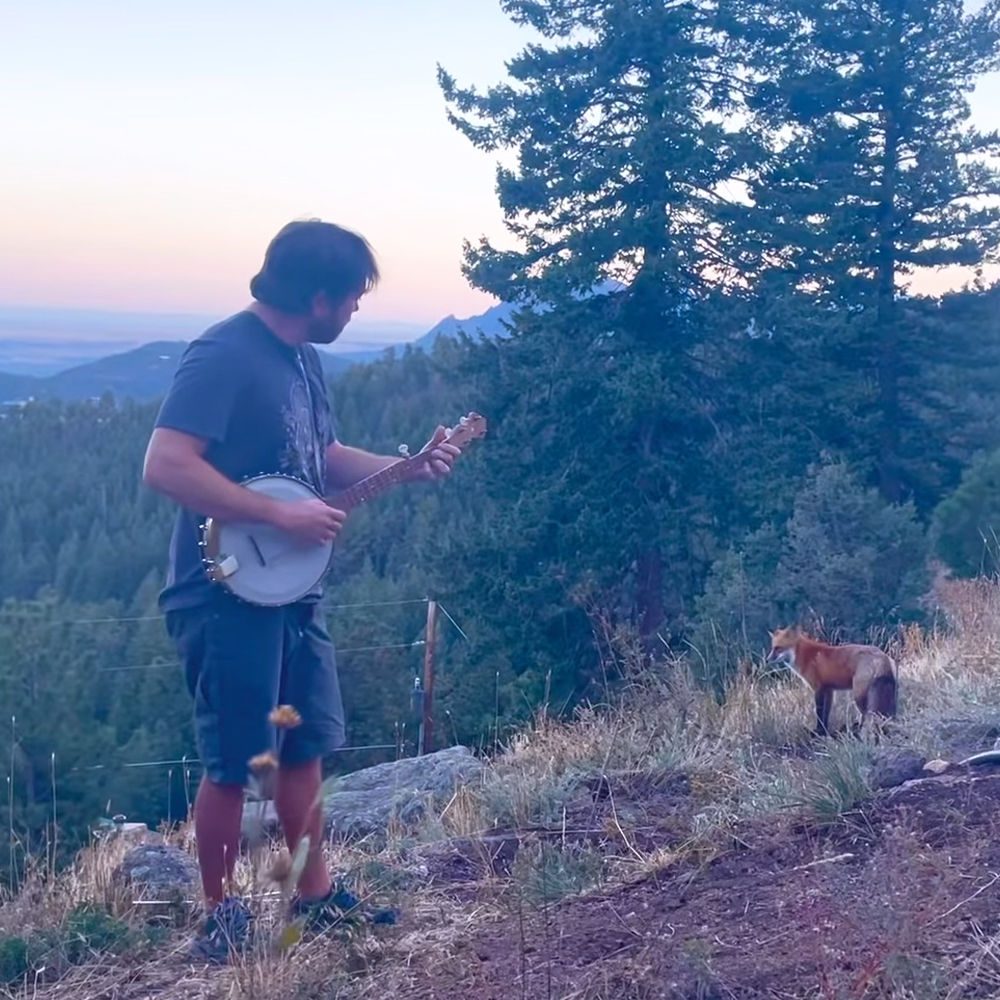 At his home high in the forests of Colorado, Andy Thorn loved going outside to practice music. One day when he was practicing, he noticed that he had gained an audience.

Rather than running away, the fox paused to listen to him. Andy Thorn realized that the fox enjoyed his banjo playing the most and would often stay longer to hear all of Andy’s performance. 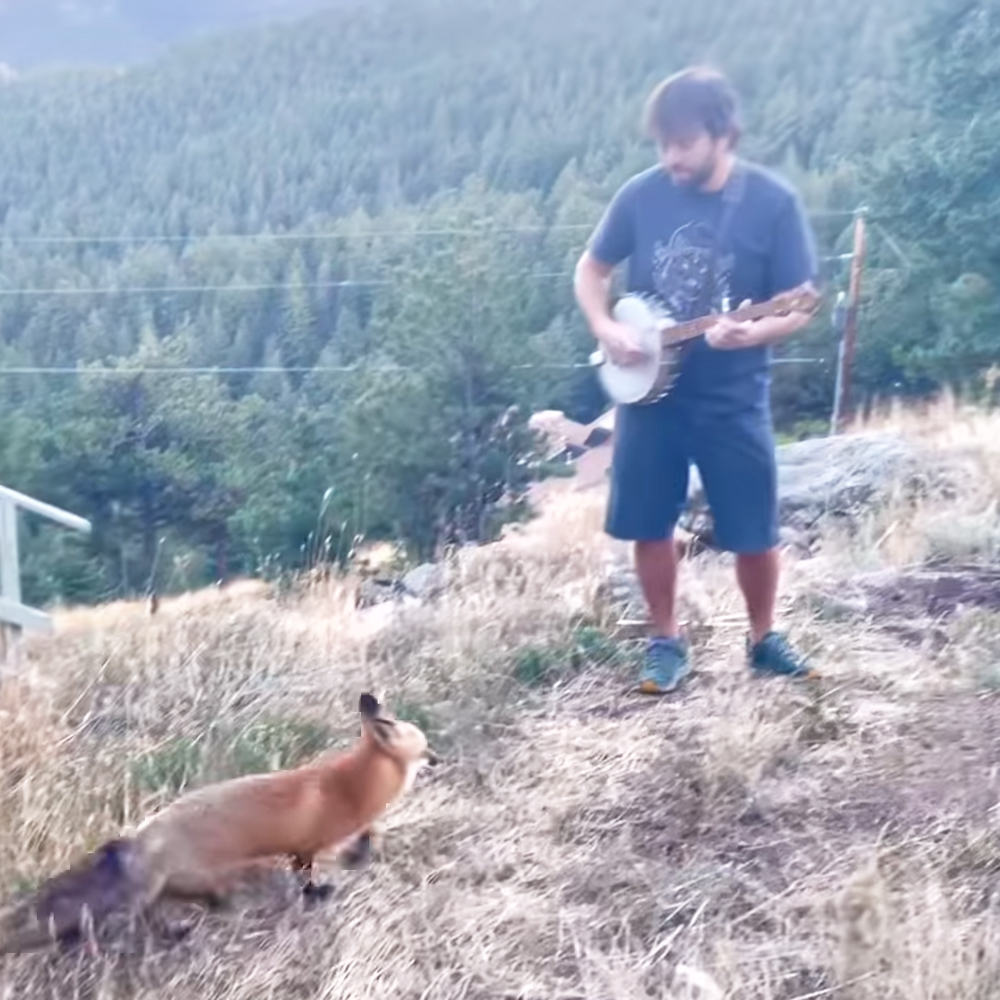 Since that first encounter, Andy Thorn and his audience-of-one have grown closer and more trusting of one another. When the musician went outside to practice, he could bet on seeing his vulpine friend.

After returning from an extended tour with his band, Andy decided to share some new material with the wild fox. Once he started playing, the fox came to investigate the song. 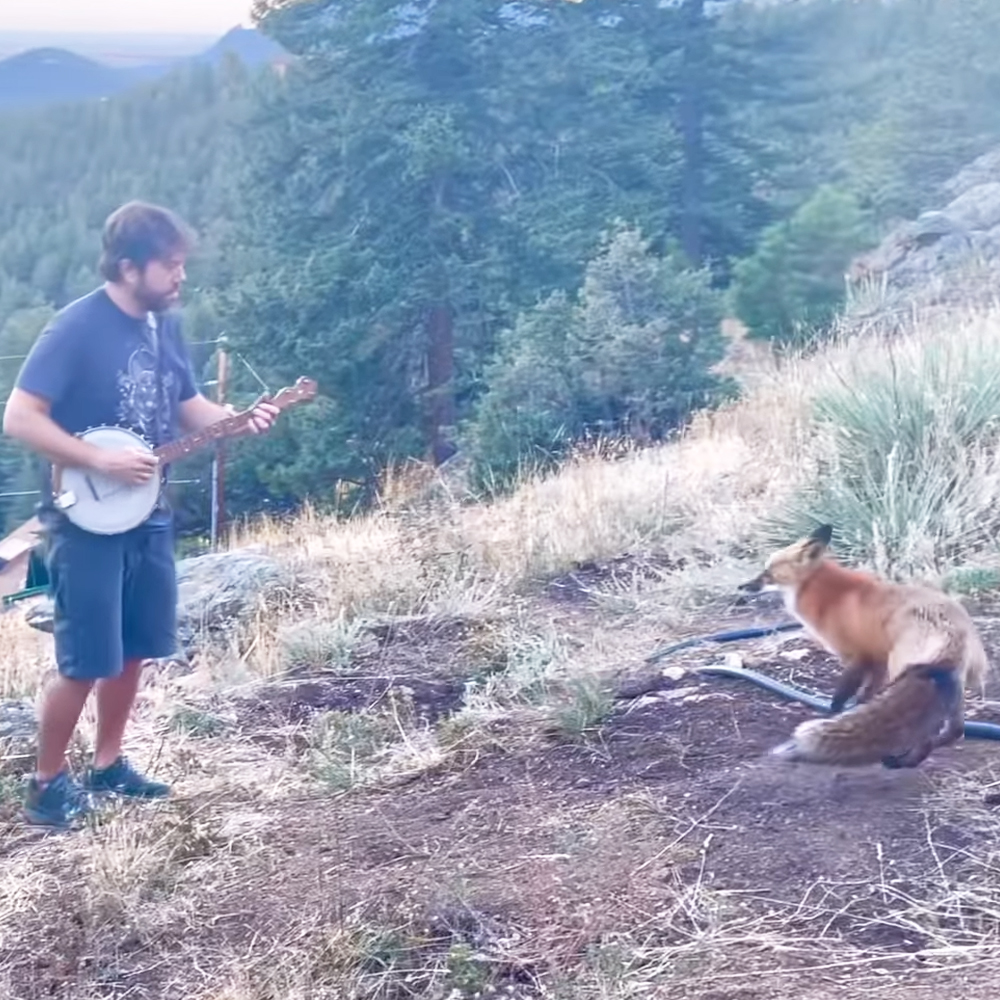 The wild fox even sat down to listen, their ears turning and twitching to hear the skilled strums of Andy’s banjo. The wild animal stalked around Andy and walked away when the musician finished playing.

Just when Andy thought the animal had lost interest, the creature surprised him by sitting back down for an encore. And Andy Thorn was more than happy to oblige for his fur friend.