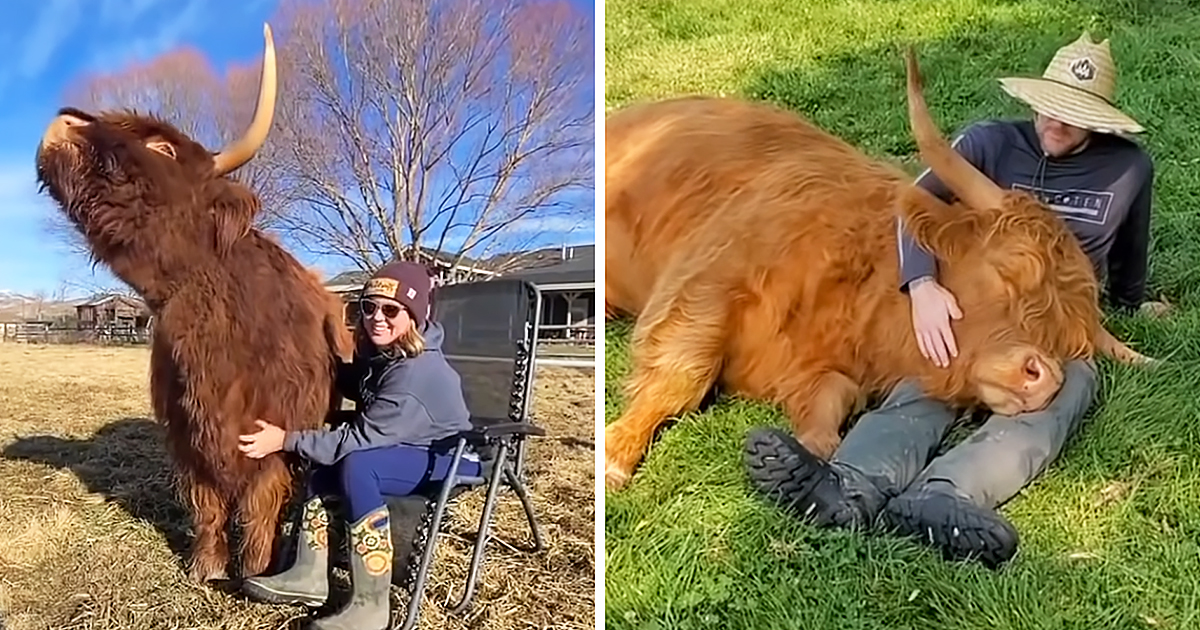 Ashley at Wildroots Animal Sanctuary has a lot of animals. Her favorites might be the Scottish Highland cows. These hairy cattle have massive horns and long gingery hair.

Betty was the first cow to come to the sanctuary, but Ashley knew they needed others since cattle like to live in herds. They soon found Rhona, another girl cow, to be friends with Betty.

But another cow caught their eye, Thor. Thor was also looking for a new home, so Ashley brought him to the sanctuary as well. Soon he and Betty had their first calf, who Ashley named Loki.

Now the four cows live in harmony on the farm. However, even though he is now a father, Thor still wants lots of affection and attention, much like a puppy.

Ashley and her husband brush all four cows every day, even though they don’t need to be groomed that often. The cows just like that physical touch and affection.

Thor will actually fall asleep in the pasture with his head in Ashley or her husband’s lap. It’s a peaceful scene to watch the large animal feel so comfortable with the rancher.

Even though they have large horns, these cows are very gentle and careful to avoid hurting humans or each other. Though these animals are massive, they really just crave love as any pet does. 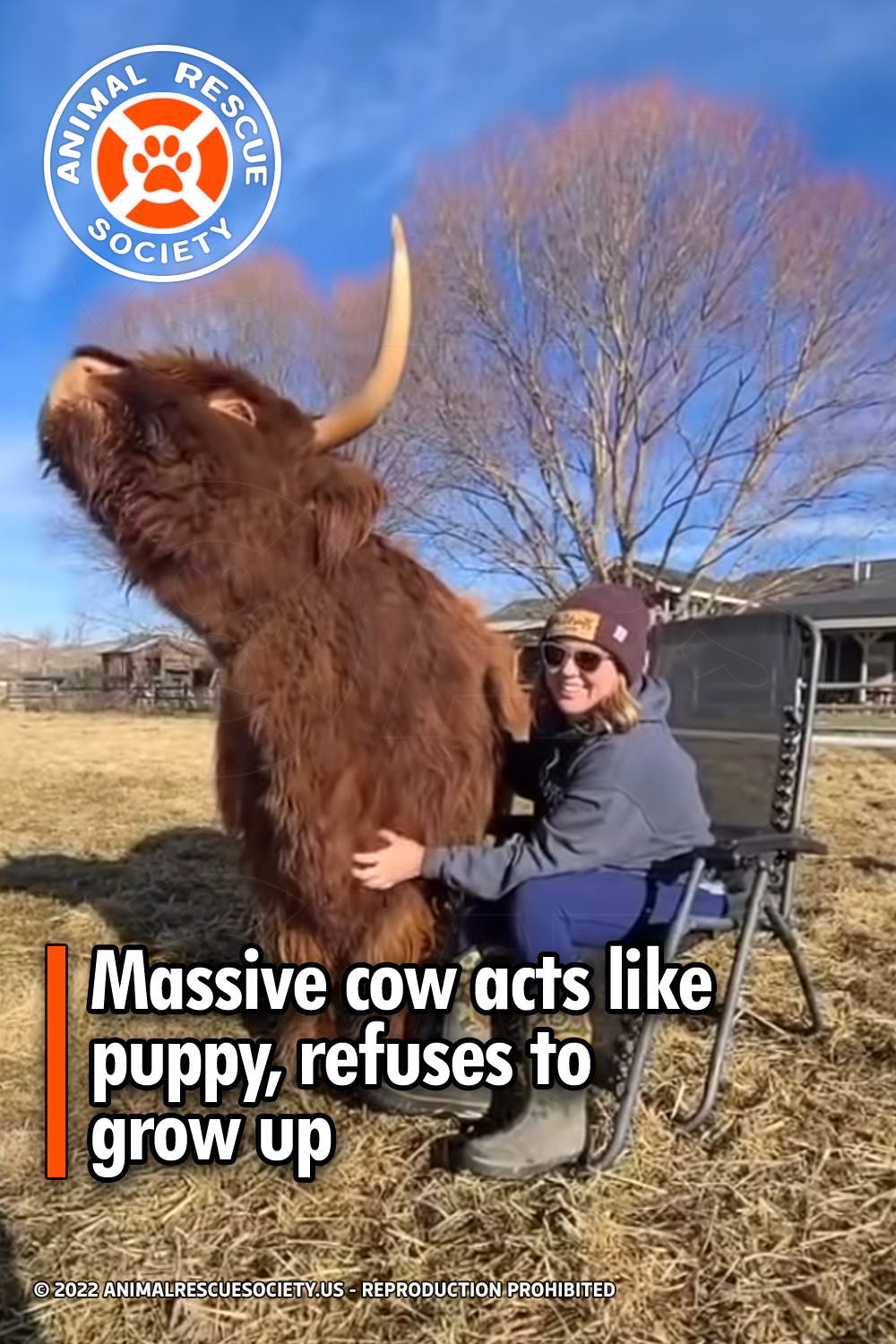