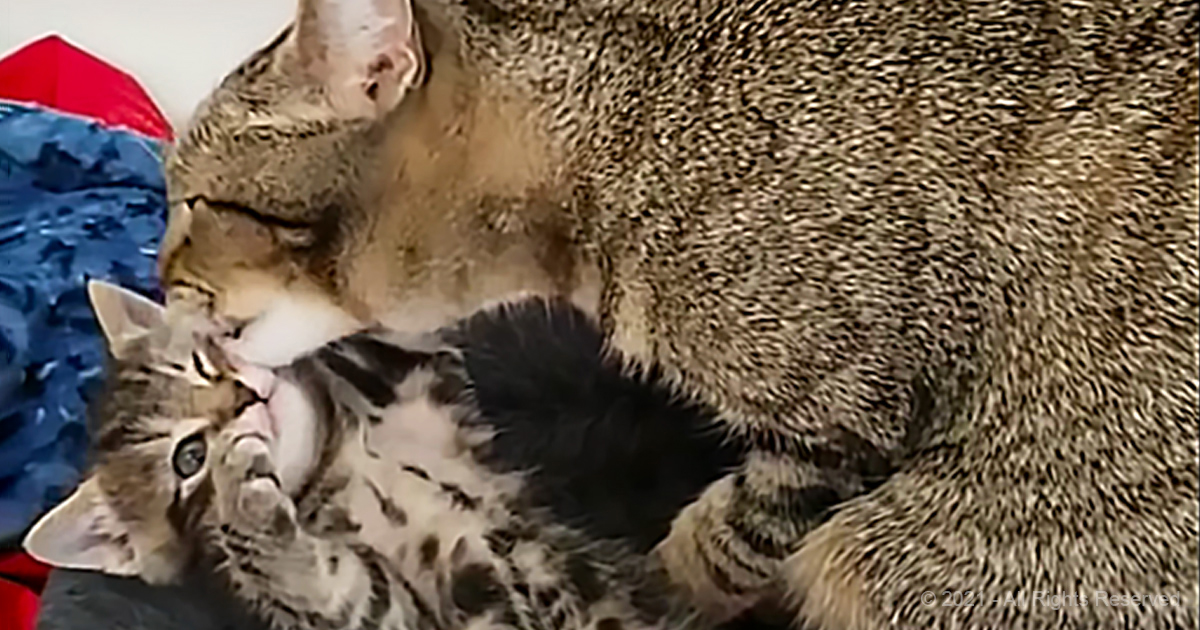 When one kitten passes away, this mama kitty is twice as devoted to her surviving baby, whether he likes it or not.

The big city is no place to be a stray cat, especially a rowdy urban landscape like Los Angeles. A mother cat and her two kittens were taken in by a shelter.

All three of them received good care, but sadly one of the kittens just wasn’t able to keep going. With only one baby left, mama cat was twice as devoted.

She was so glued to her one kitten that she sometimes forgot to eat. Shelter workers had to make sure she had food brought to her.

The one remaining kitten thrived under the care of his mama and the shelter workers. Mama cat never took to getting in laps, but she did loosen up in her new, safe environment.

The kitten is all grown, but the mama cat isn’t relaxing one bit in her maternal role. The shelter hopes to adopt both of them out at the same time. 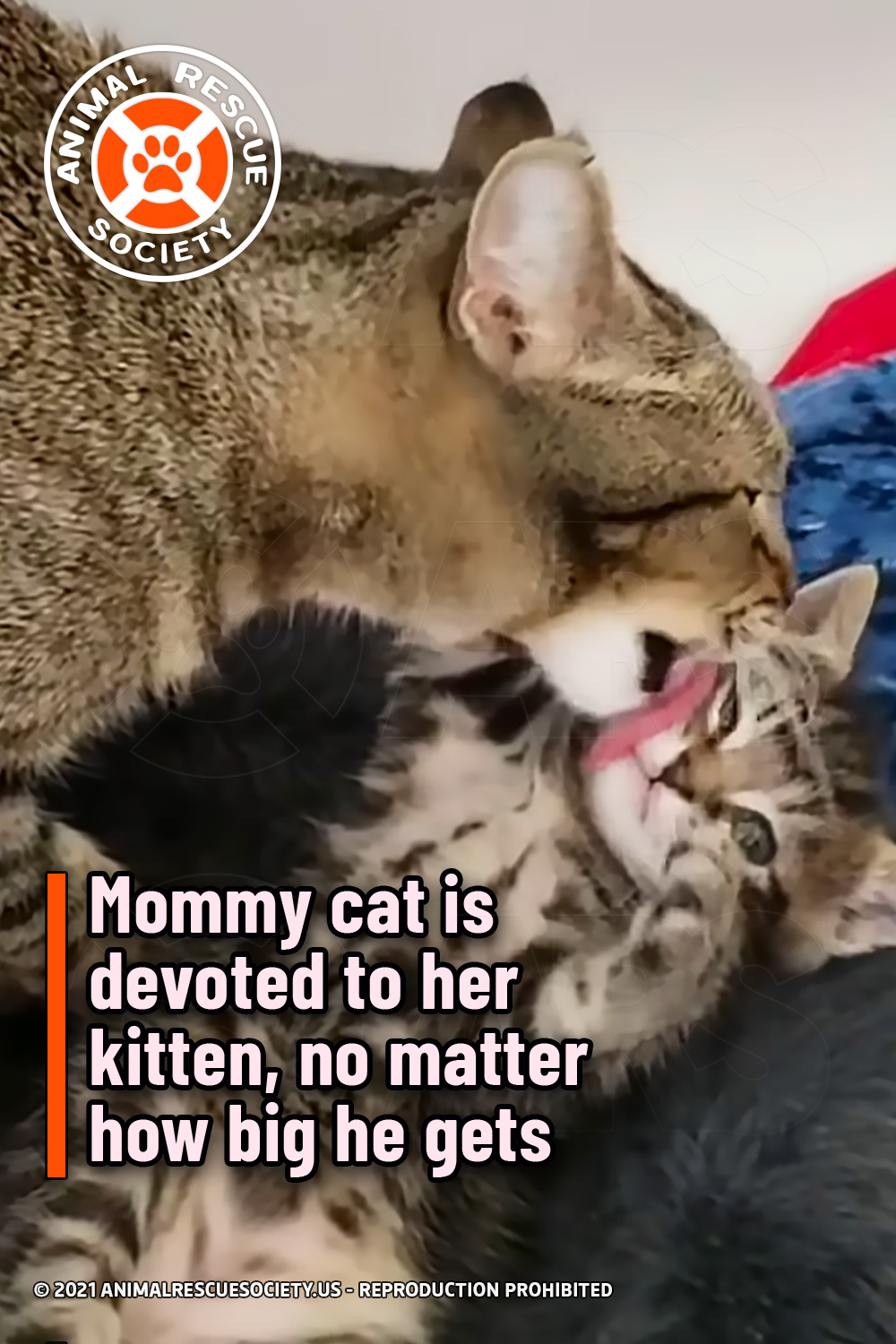