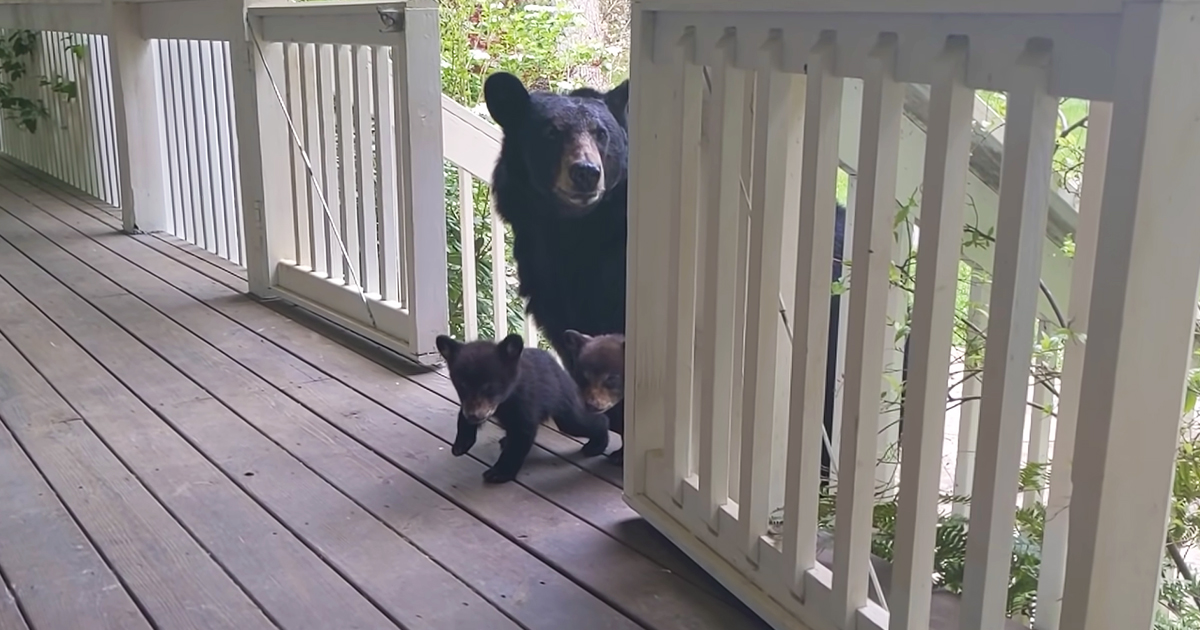 A video emerged of a brave man recording bears as they walked right onto his veranda while sitting there. The video showcases a rare encounter between man and beast(s) and has since gone viral.

Over 8.8 million people have seen this incredible video. The video starts where the man from Asheville, North Carolina, is sitting on his porch recording a mother bear and her cubs appearing from the woods.

Asheville has a unique problem. While the city’s population has been growing, the bear population outside the city has been increasing too. 2,000 residents were identified and will be educated about ways to co-exist with bears.

Simone, the bear, has been seen around the house before. But this is the first time that she brought the family along with her. The two beautiful cubs follow her around as she carefully approaches the house.

Most people would probably get a heart attack or at least run indoors when a bear starts walking up to your porch. Still, the man recording the video remains cool as a cucumber as Simone walks onto the veranda.

Later in the video, Simone walks casually around on the deck while the cubs are playfully following her. Still, the man remains calm, and his only concern is not to spook the adorable baby cubs.

An overwhelmed viewer wrote online: ‘This video brought tears to my eyes. She is such a majestic animal and so protective and kind to her young.’ The video is a combination of fear and love and is loved by millions worldwide. 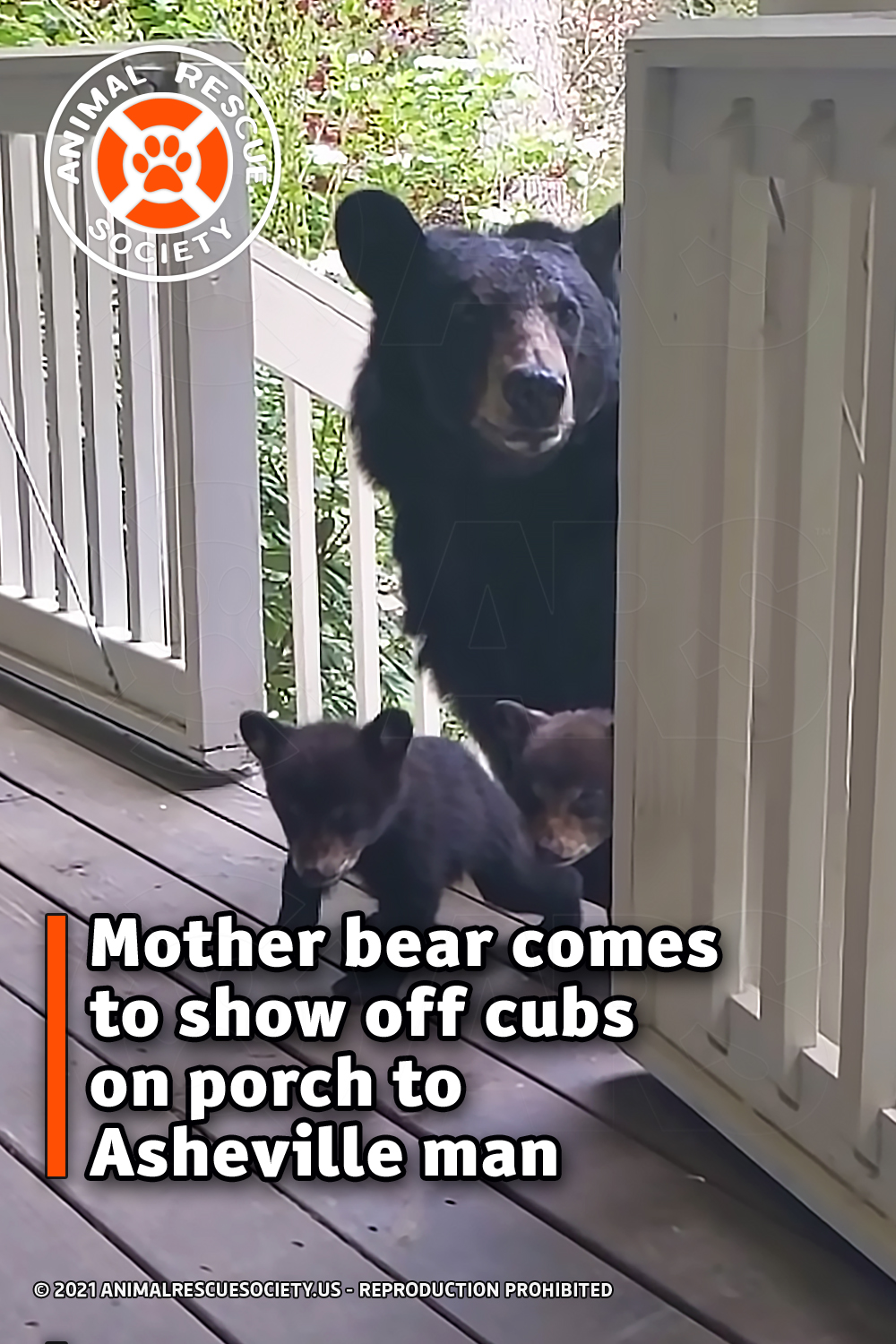