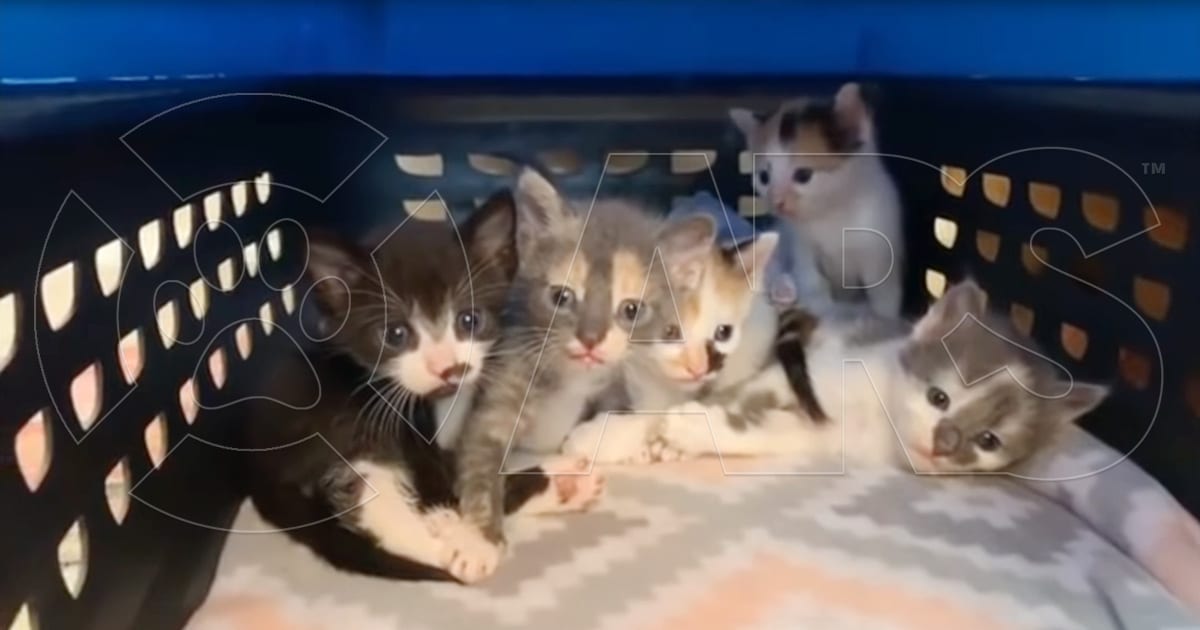 A family of five kittens and their mother arrived at a Virginia shelter after having been found outside. The feline mother had clearly made sacrifices to ensure the survival of her litter. She was severely emaciated, infested with parasites, and suffering from a bite wound on her leg.

Rescuers speculated that the gray cat had sustained the injury while defending her infant kittens from some unknown animal assailant or in the process of luring it away from them, and then she escaped. Despite the physical trauma suffered by the mother cat, the kittens appeared unscathed and healthy. Rescuers were impressed by the altruistic cat and her obviously superior heroic parenting behaviors.

The family received names that bring to mind a tasty Mexican dinner: Salsa, Pico, Chimi, Churro, and Taco the kittens, with Chile the mama to round out the meal. Having been brought to a safe haven at their new foster home, mama Chile could finally relax and feel secure for the safety of her family. She gave the new environment a cursory inspection and then, satisfied, settled in to clean her babies.

In foster care, Chile received regular meals and supplements to help her regain her ideal weight and musculature. The kittens continue to seem unaffected by their rough beginnings, playing and wrestling in their foster room until it’s time for a snack from mama and a cuddly nap. The feline family is finally fully fed…and secure. 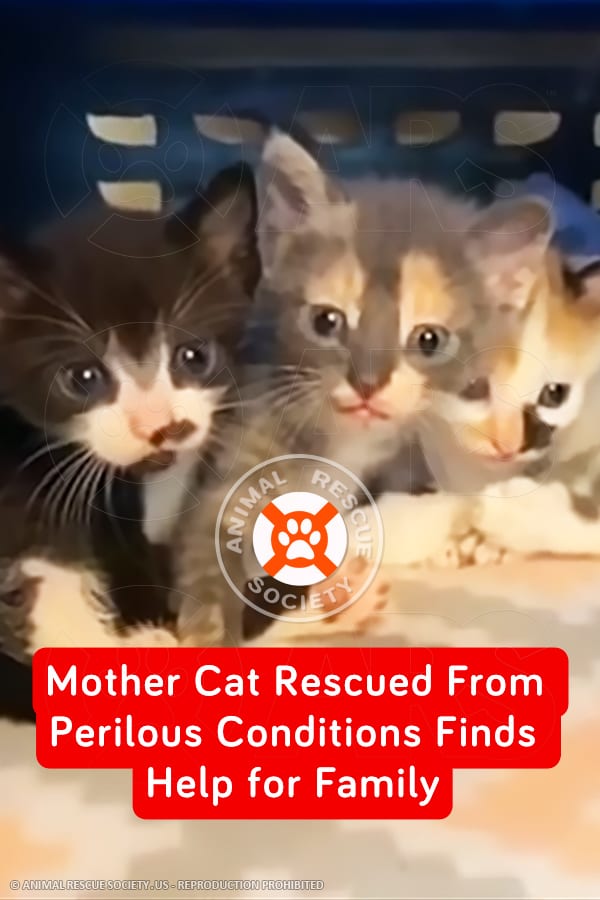