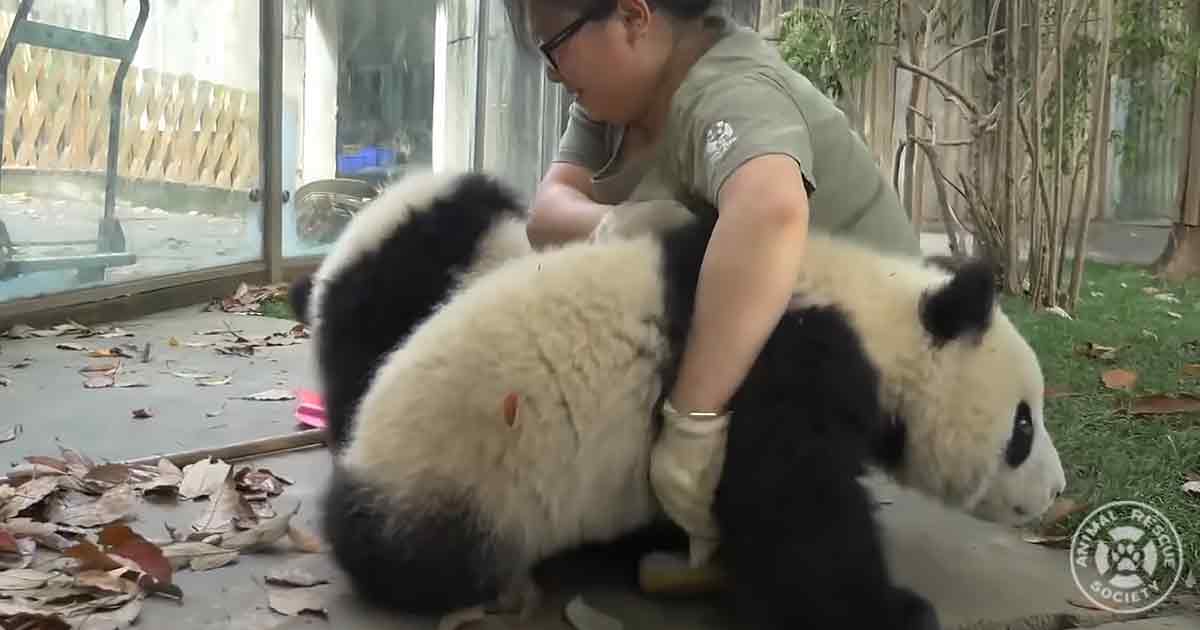 Mei works at a panda research facility where she literally has her hands full with a litter of baby pandas. She is also known as Nanny Mei, and she has to fight off the naughty pandas when she tries to clean their enclosure. 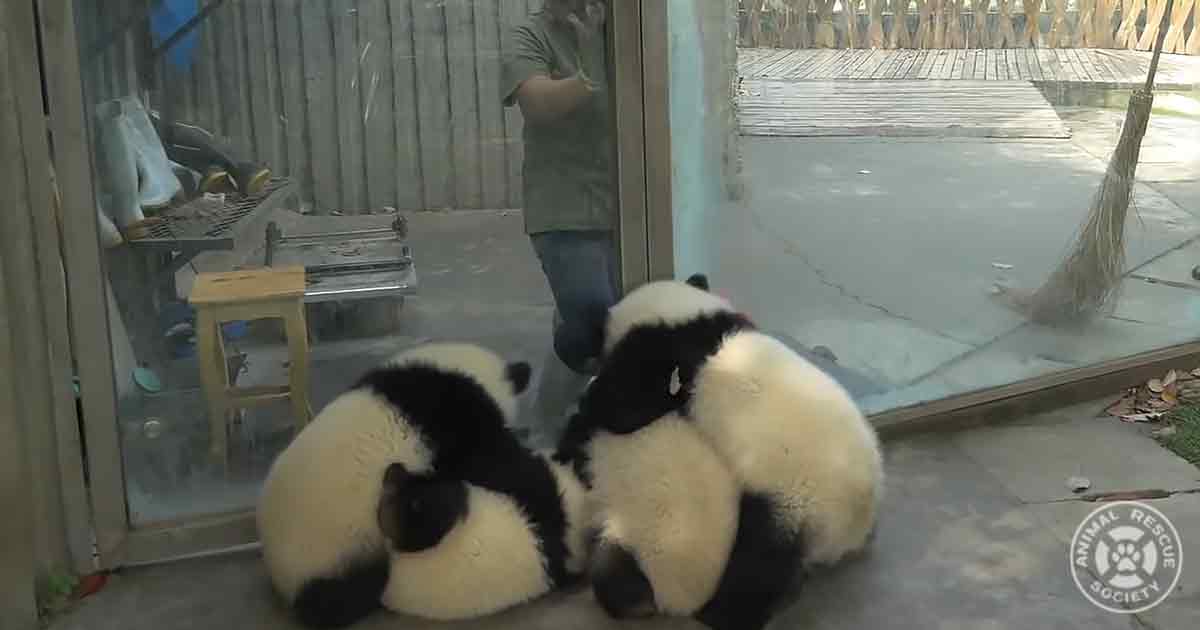 The first hurdle she faces is trying to get inside the pandas’ home. Five cubs are gathered by the entrance, and she can’t let them out. Mei uses her bright pink broom as a distraction and tosses it over the gate.

They slowly move towards the broom, and Mei makes her way inside successfully. Now she had to get the broom away from them. The cub won’t let it go, and the broom’s head comes off the stick. 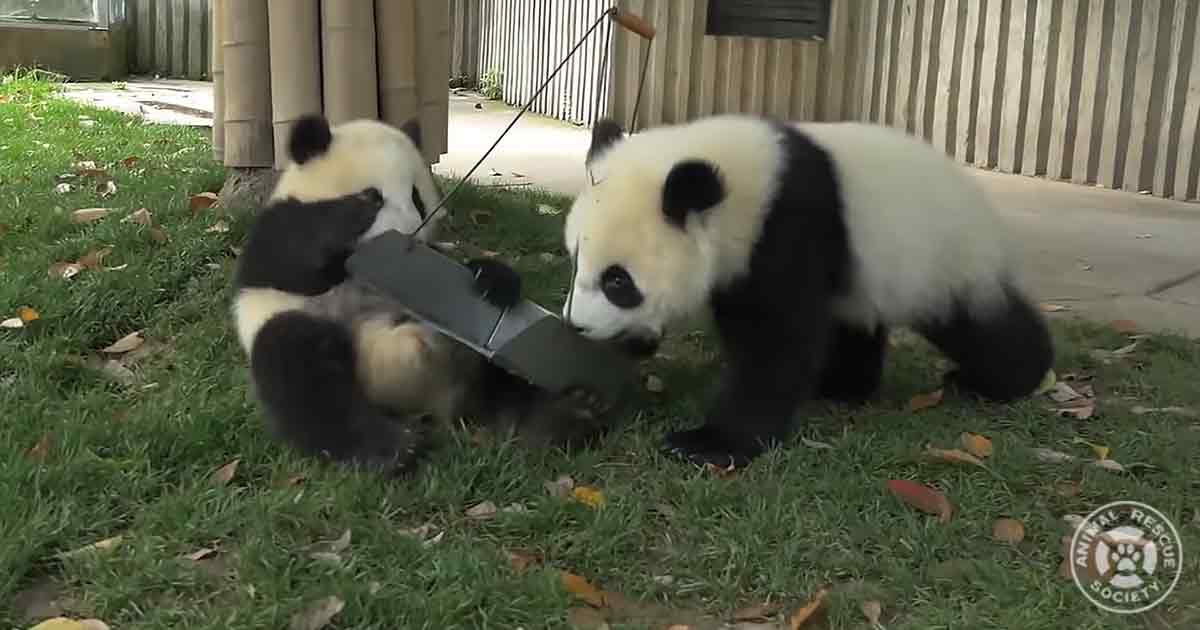 Eventually, Mei gets the broom back to start cleaning the leaves. She has a big basket to put all the leaves in, but the basket is also big enough to fit a single panda cub.

Mei starts to use the basket, and that’s when the baby pandas become interested in it. She has to pull them away, so they don’t knock it over and climb inside. 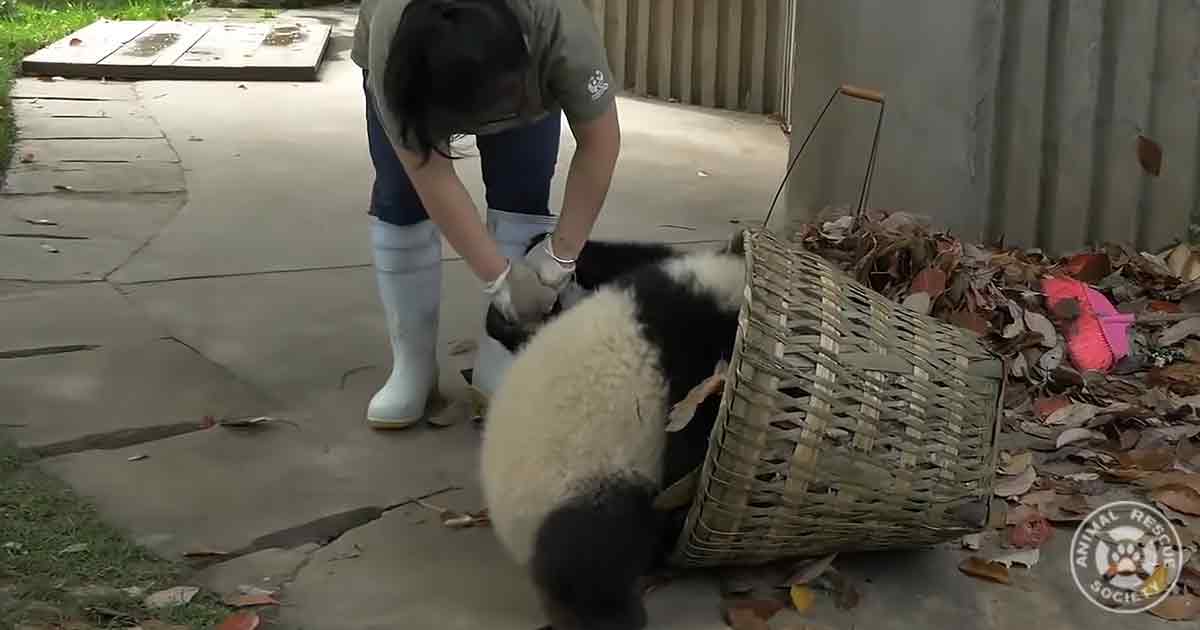 At first, she is unable to stop them all. A panda cub was able to roll around in the basket, and all the leaves spilled out of it. Mei basically had to wrestle with the baby pandas to get any work done.

The basket was finally full of leaves, but the pandas weren’t going to let that stand. Mei couldn’t stop one of them from climbing inside. It took some time, but she did finish cleaning up most of the leaves. 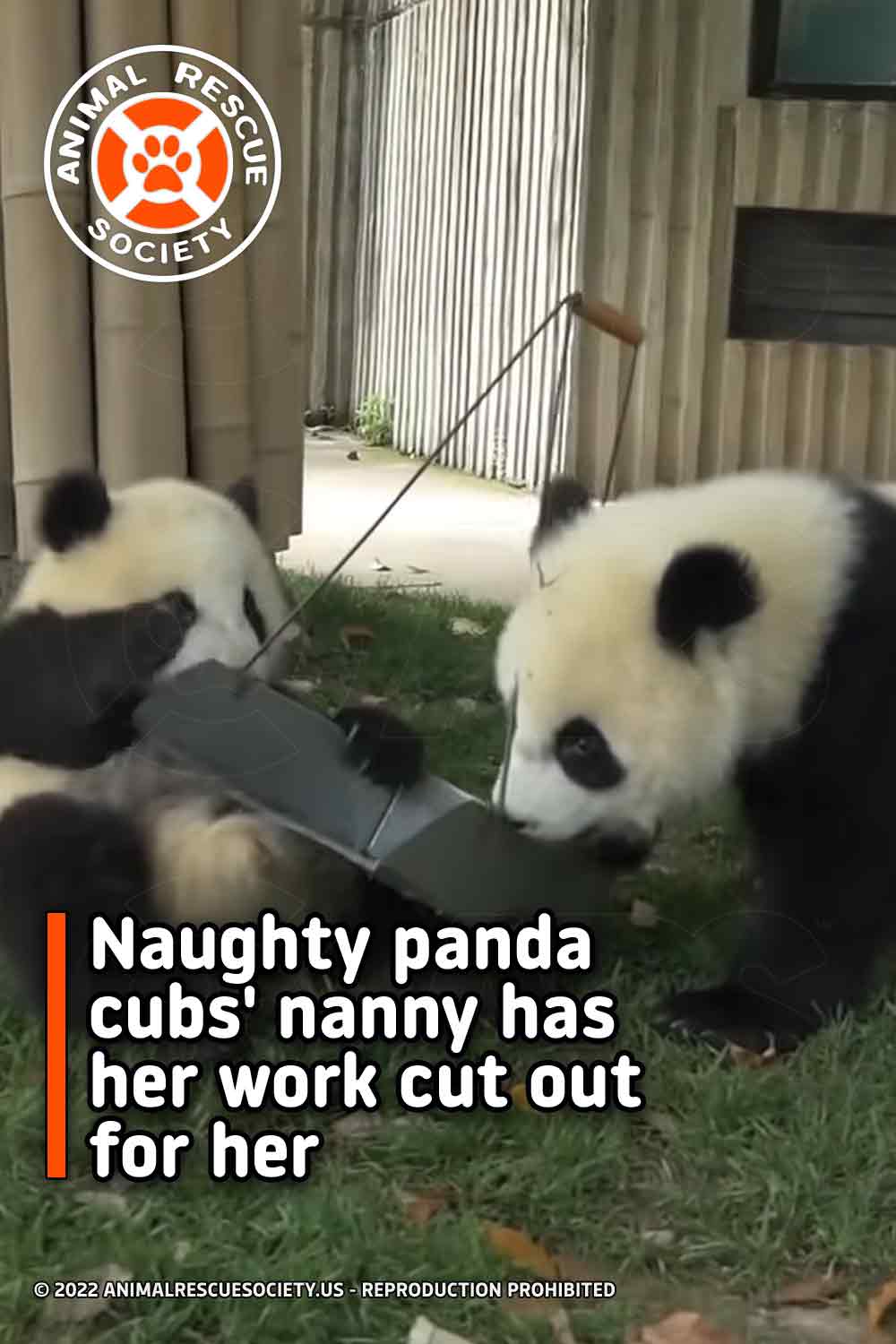