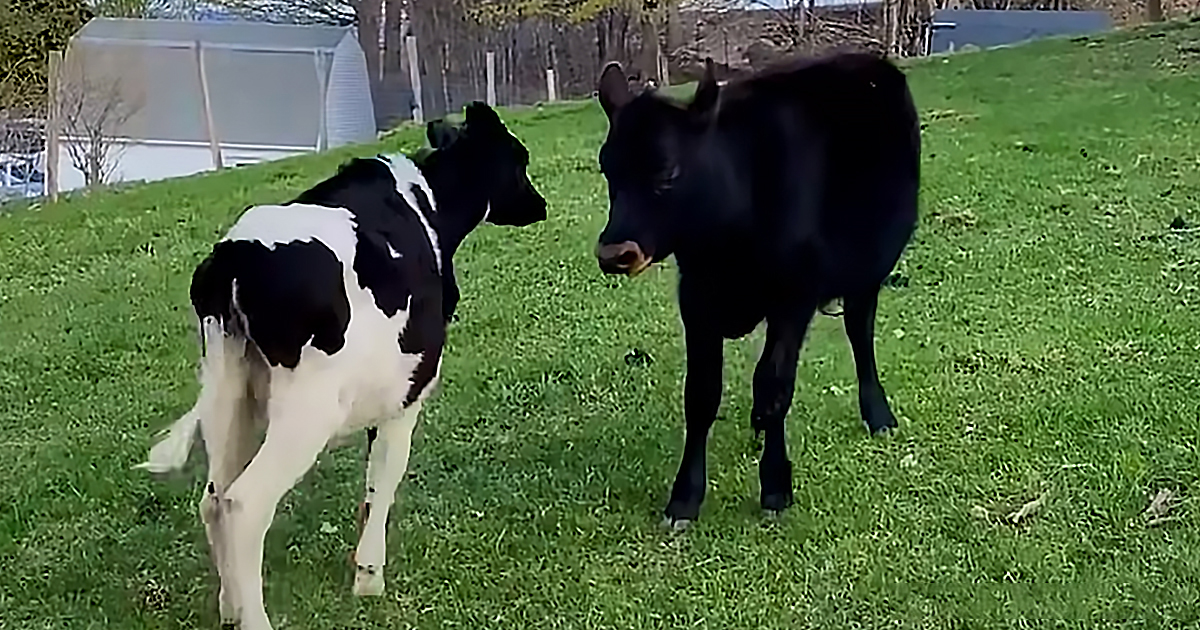 Sleepy Pig Farm Sanctuary was home to many pigs saved from the slaughterhouse. Then the rescuers got word of a baby calf named Redding who needed a home.

Somehow, they fit the big calf in their car and brought him to their sanctuary. When Redding walked out of the car, it was the first time he’d ever seen grass or even been outside.

He took full reign of the place since he was the only cow. Redding was happy to see the pigs each day, but his rescuers believed he needed another calf friend to have true joy.

When the couple heard about Sadie, another baby cow who needed saving, they went to get her right away. Sadie had also been in a neglectful environment, so she needed to warm up to her human saviors and Redding.

She and Redding became fast friends, and she began to lick his ears. They live in the same pen in the barn together and have formed a special bond.

Sadie and Redding run around the farm together like excited pups. Their rescuers even call them 700 lb puppies, as that’s what the calves, especially Redding, are like.

These two cows have been saved from lonely, neglected lives. They now live together in harmony on the rescue farm. Sadie and Redding have a chance to live out their lives to the fullest. 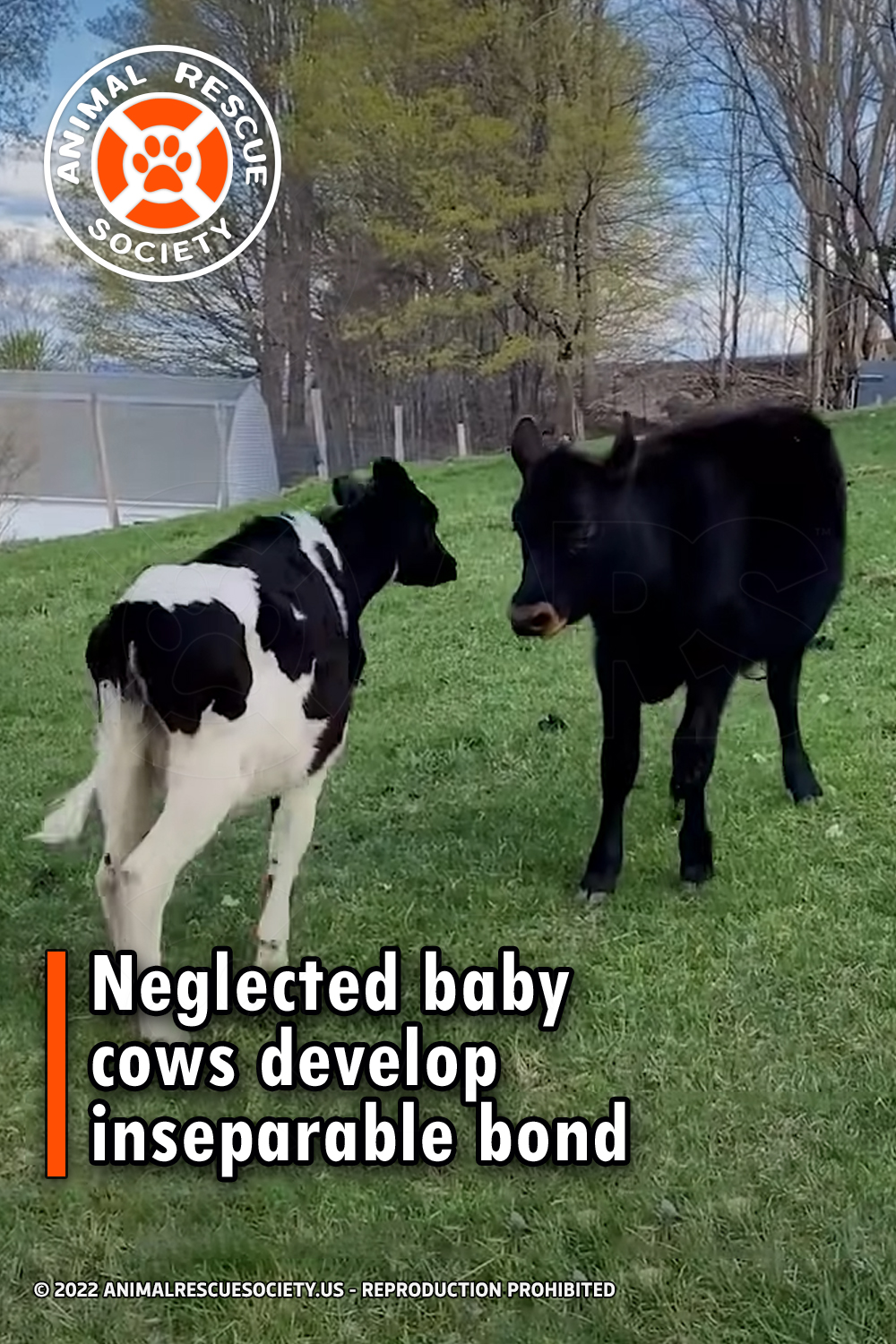