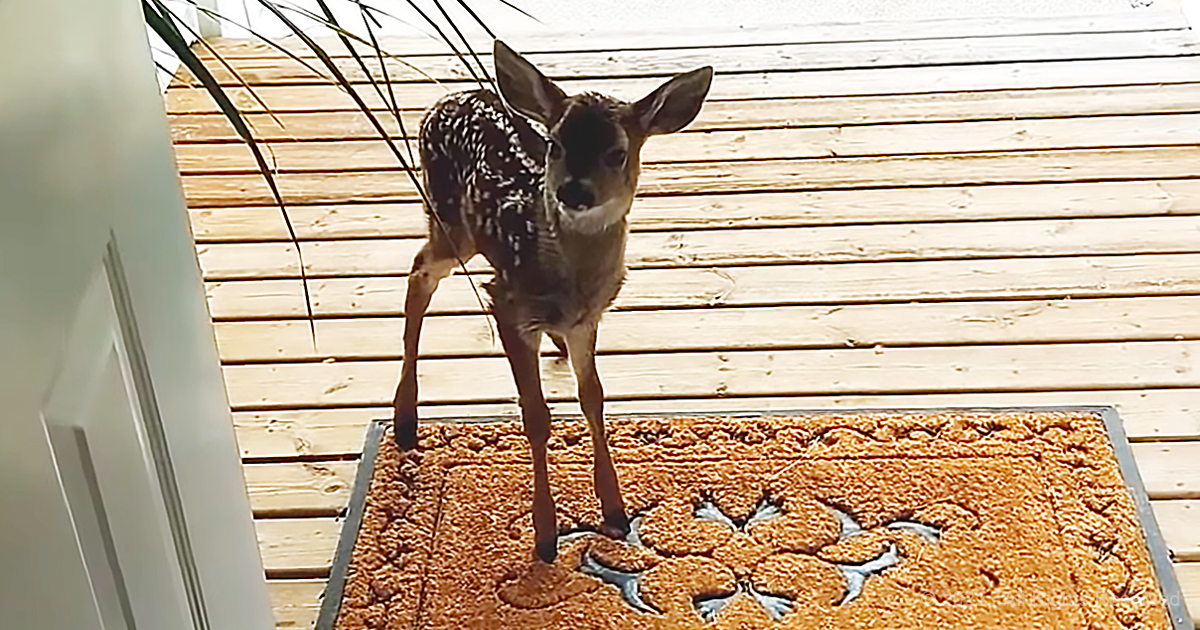 A man found this adorable baby deer making cute sounds at his door. The little fawn stuck around until it reunited with its mother.

Coming across your neighbor’s pets might not be anything out of the norm. But an adorable baby deer at your doorstep? Well, it’s not something that you see every day.

Merely a day old, this cute fawn showed up at Corey’s porch. Upon hearing some weird noise, he went to check only to find this adorable baby deer. When he tries talking to the deer, it makes the cutest bleating sounds as if to respond to him.

Corey tries backing away, but the baby deer still stares at him, making it inevitable for him to resist its charm. Instead of shutting his door on this cute and vulnerable visitor, he decides to keep the little fawn company until it reunited with its mother.

It is common for does to go feeding without their newborn babies. This acts as a protection mechanism because it makes it hard for predators to prey on adorable babies. However, they do return to feed their offsprings once they’re done feeding.

With over 1.5 million views, we can all agree that this cute fawn’s charm is irresistible. The doe came back to the house with its adorable baby deer several times, showing it grew fond of Corey. It is heartwarming that the fawn wasn’t endangered in any way. 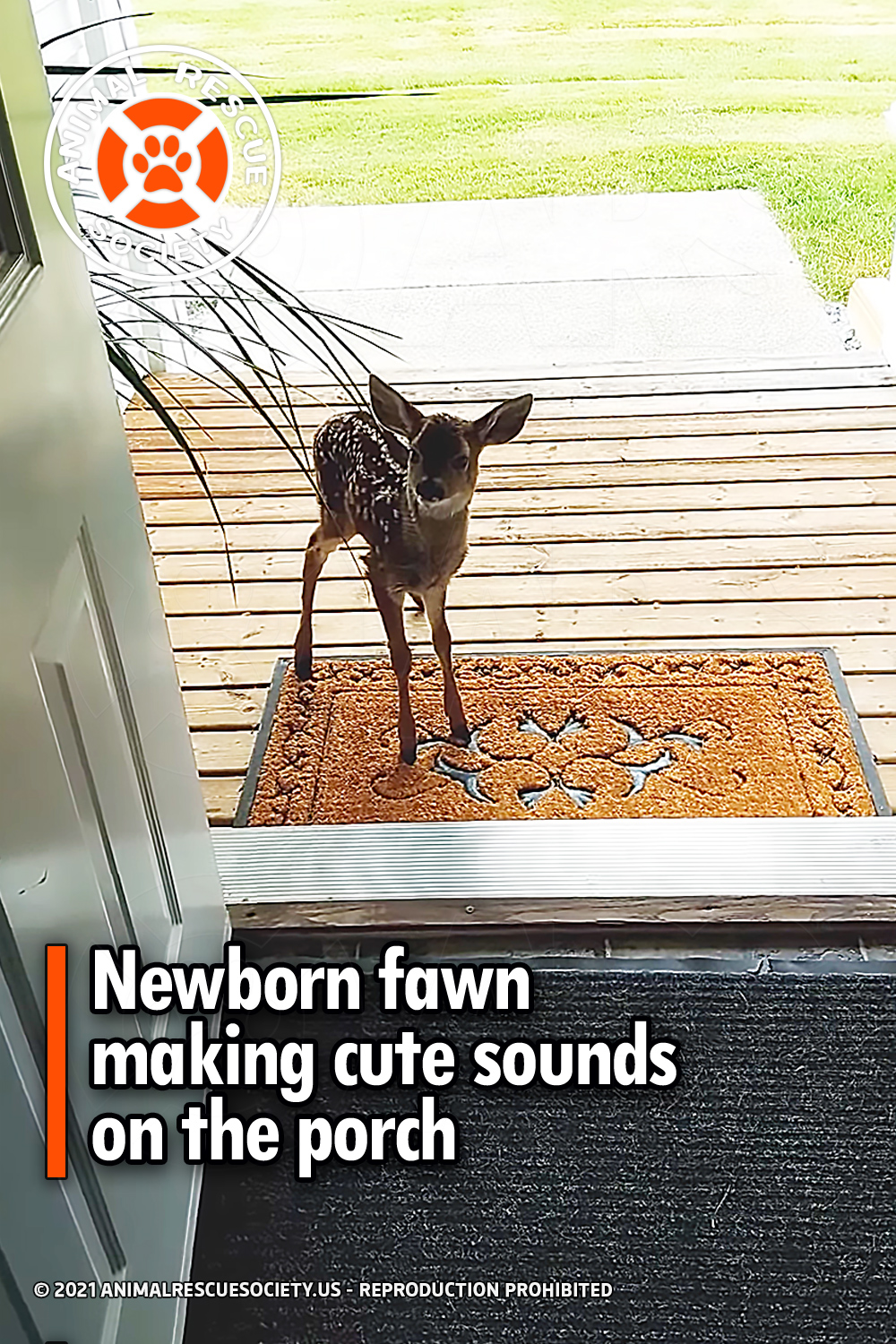