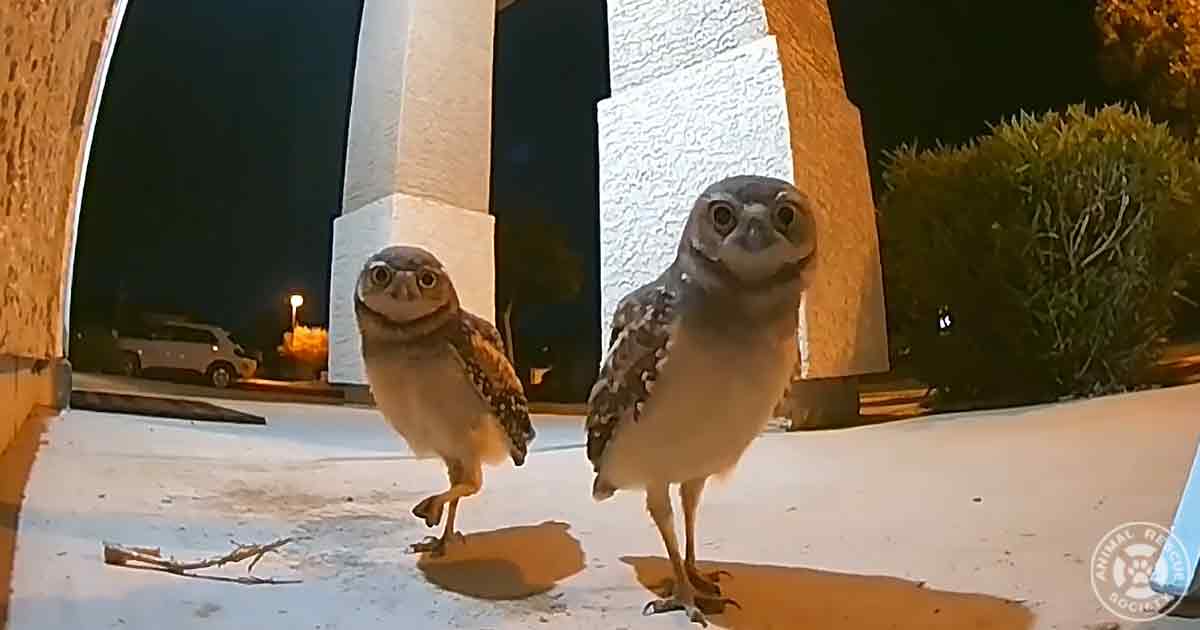 Finding new friends in a neighborhood can be stressful. Fortunately, this family did not have to wait long for their neighbors to come to introduce themselves. What they had not expected was that their neighbors were owls. 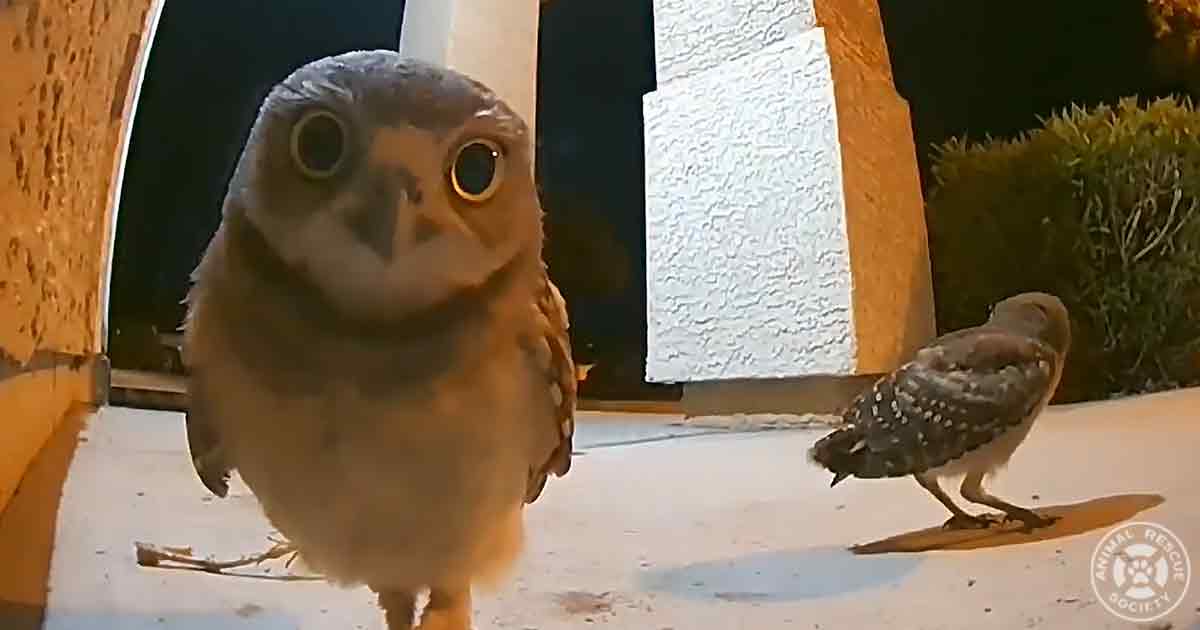 When Lyndsay and her family set up their Ring camera outside their front door, they did so for safety. But her camera did not capture footage of potential robbers or burglars. Instead, it recorded three owls.

Lyndsay could not have been more overjoyed. “Anyone who knows me knows that I absolutely love owls. I have owl decor all over the inside of my home,” Lyndsay said. 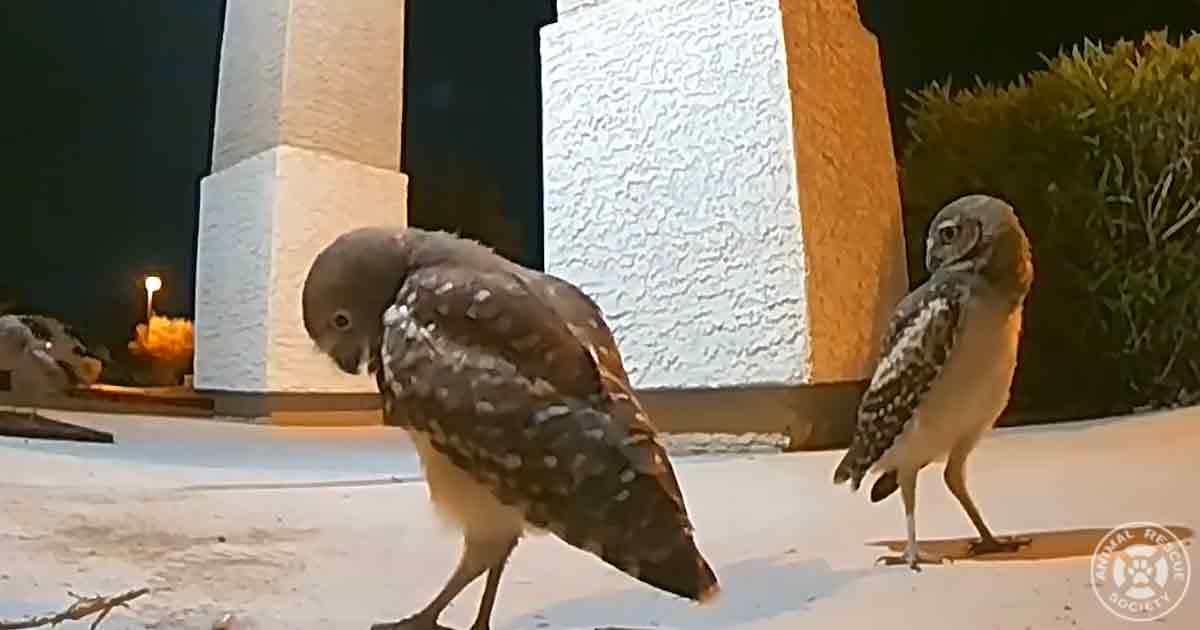 The owls acted like finding food outside their neighbor’s home was normal for them. It was clear they were familiar with the house. So, it did not take long for the owls to spot the hidden camera.

When they did, the owls froze mid-step and stared. While their friend in the background continued to hunt, the two owls closest to the camera had a staring contest with the glass “eye.” 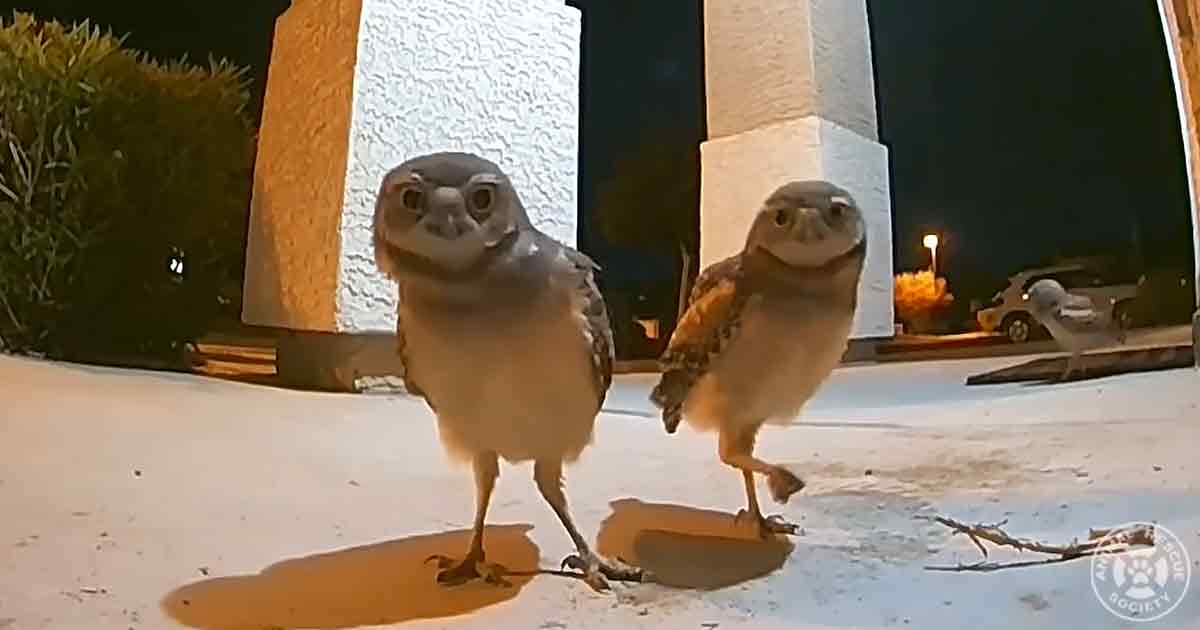 Lyndsay loved watching the three owls. “These owls had so much personality! They were so wide-eyed peeking at the camera!” she said. “One stole a bug the other had dropped and the third owl was a free spirit doing its own thing.”

Whether or not you are worried about home security, this rare footage makes a strong case for a camera. You never know what moments might be happening right outside your front door. 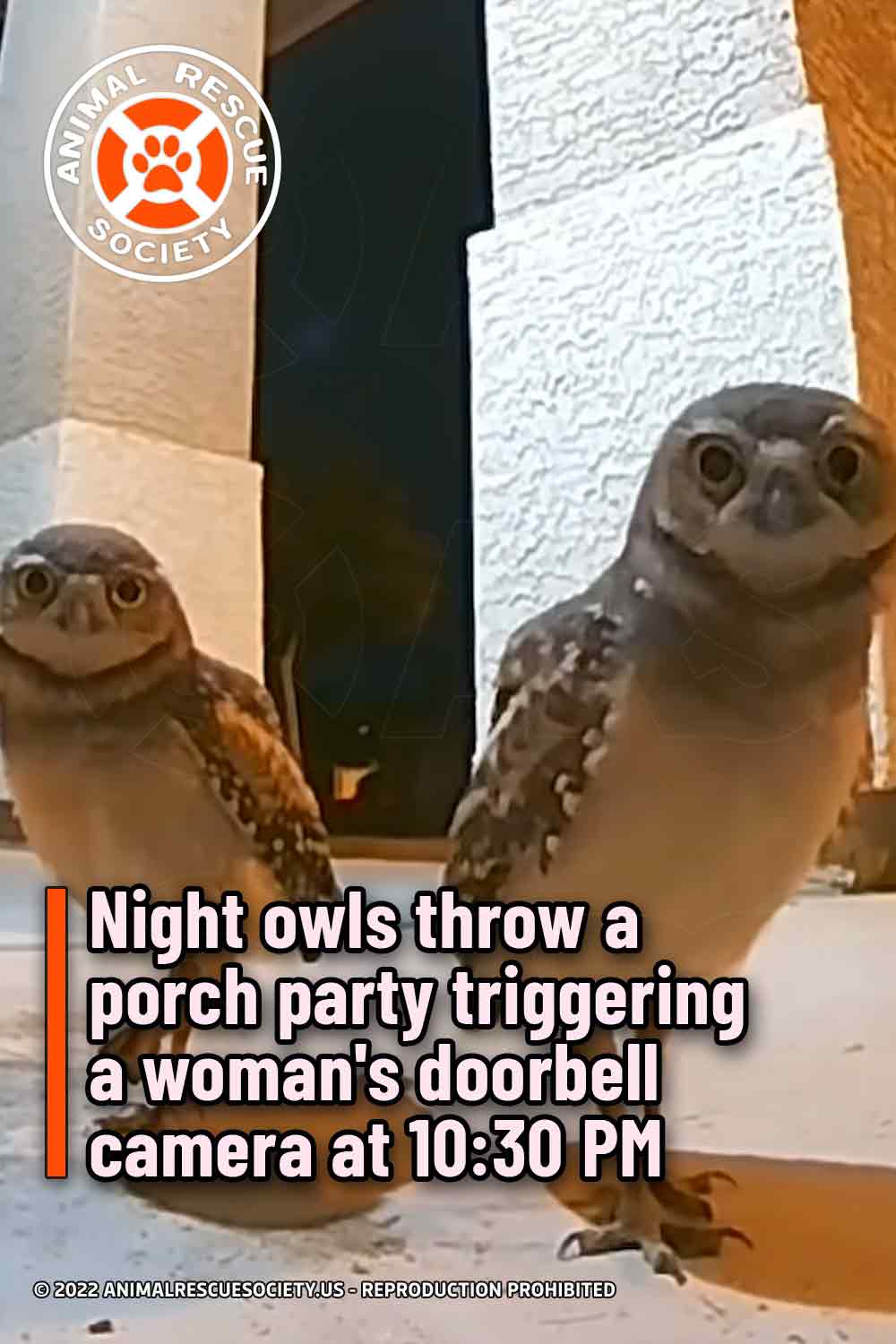